PATRIOTS AGAINST TRAITORS THE DIFFERENCE BETWEEN GOOD AND EVIL 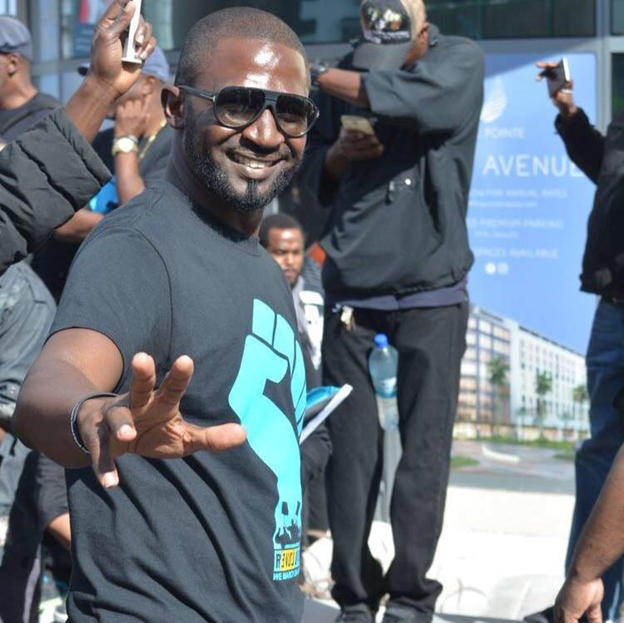 Ranard Eric Henfield that’s the man in the picture who helped to debase the history of The Bahamas by playing to the miscreants and Uncle Toms and convicted criminals and has been judges and politicians by holding an anti-government march on the 50th anniversary of Majority Rule Day 10 January 2017.  It was supposed to be a day when we solemnly remembered the struggles of the people of The Bahamas; of the attainment by the African majority in the country to achieve the power of governance of The Bahamas. It is a shame that an Afro Bahamian would engage in such perfidy and such a sacrilege.  He ought to be thoroughly ashamed of himself and what he did.

However, you would not be surprised that in this dispensation, he is instead proud of his perfidy and sacrilegious behaviour.  He wears this shameful act like a badge of courage.  It was meant to sully the accomplishment, to diminish the accomplishment and to shame the struggle.

In his perfidy and sacrilegious behaviour he had comfort.  Dame Joan Sawyer, the former President of the Court of Appeal, who displays a loony toon attitude in public life, bitter in the extreme.  Shames the office which she once occupied and belittles the image of women.  Janet Bostwick, the first woman elected to Parliament was also there giving aid and comfort; she also was there to support her convicted son; she was grieving she said for her country.  She should have been grieving for herself. She listened as one of the speakers blamed the government for the killing of that speaker’s son by a stray bullet.  The lady forgot that standing right next to her on the platform was John Bostwick now convicted of illegal possession of bullets.  There is some irony there.

The crowd had one surprise. Ronnie Butler the musician.  Because of his iconic status, we refrain from any further comments save to say that it is a mistake for him to be associated with the miscreants who were on that stage.  Not the man who sang Going Down Burma Road.

Let’s go over this for the PLP.  In the 2012 General Election, the PLP got 47 per cent of the vote.  Fifty three per cent of the country voted against the PLP.  So that means starting from that point there are more of them than us.  Do you think that that figure has improved since the last general election?  What does your intuition tell you?

So the point here is not to be frightened by the fact of the crowds and the numbers. The PLP’s numbers outshone theirs by far. What you ought to be concerned about is who has the momentum?  We should not be on the back foot but there is still a concern here about controlling the narrative.

The Majority Rule Day March mounted and organized by the government was a grand success.  We must not however rest on our laurels.  This is going to be a hold your man game.  We have a struggle in front of us, the likes of which we have never seen.

If you don’t believe that we have to put on the full armour of God, believe it now.

PrevPreviousTHE WORK OF THE MISSIONS ABROAD
NextMITCHELL ON THE PASSING OF REV. WILBUR OUTTENNext