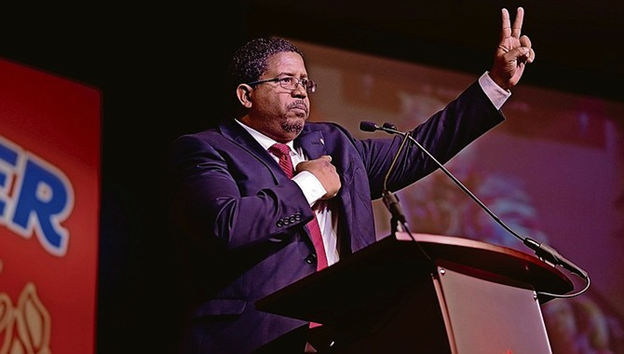 The PLP should for the next few months spend its time usefully picking away at the Minister of Finance and the conduct of his office.  It is clear that what is happening there does not serve the country well. One gets the impression that this crew that now runs the Ministry is running it by the seat of their pants and using chewing gum to hold it together.

Nothing was more telling last week in support of our central theme than the fact that Gown Bowe, the head of the Chamber of Commerce a usually quite thoughtful and reticent public speaker, asked the government to say where the former Financial Secretary Simon Wilson was and why he was no longer in his job and what was he doing.  The rumour is that Mr. Wilson was forced to go on leave with the man in the top job telling him to find some place to go or be dismissed.  The talk was that he was to be shuttled to the Central Bank to be some kind of consultant. He reportedly has some forty weeks leave and the FNM told him to go mull over this prospects while he has the time.  There has been no official announcement.

In the meantime, a new Financial Secretary, also trained in the Ruth Miller school of Financial Secretaries, Marlon Johnson, left his good job in Belize working for the phone company to come work for the Government of The Bahamas, a government that said it was laying off everyone who was being paid more than 100,000 dollars, except that the current talk is that the compensation package that they had to offer Mr. Johnson was significantly more than that in order to encourage him to return to The Bahamas.  The PLP has the details.

That is somewhat secondary to the central argument but what is likely to come in the mix when those who are less favourably disposed to him come to the argument is that the compensation must match the competence.  Those in the current travelling road show when the government was shopping for its 750 million dollar US loan came back concerned. Could that be why Mr Bowe raised the matter of where is Simon Wilson?

The Minister of Finance is an accountant by profession. Not showing up the profession any good.  He first announced that the country was broke.  Bad idea since it isn’t broke but stupid idea if you’re going shopping to the bank for money.  Then he gave some phoney figures about the deficit which were debunked by the Central Bank of The Bahamas; then he said well he was using a different method of accounting that of the accrual method as opposed to the cash method.  Except that the Government’s accounts have up to now been cash not accrual. In fact they announced only last week that they will switch to accrual by 2022.  So that is what you call a lie.

Then he said that 42 million dollars which the PLP on set aside for hurricane relief was missing, lost and could not be found.  He thought that the PLP had sent the money to its backers to help them win the campaign for re-election.  Do you think that if the PLP had 42 million dollars in its coffers for election, the PLP would be sitting in Opposition now? The very suggestion is ludicrous.  He had to climb down from that and admit that the money was lost after all but in the consolidated fund where the PLP said it was.

“Ah mercy, mercy me,” said Marvin Gay, “things aint what they used to be.”

Now Mr. Turnquest has come back from the roadshow, gotten his 750 million dollars and he said that this shows how credit worthy The Bahamas is. Isn’t that a wonderful new discovery?  So from broke to credit worthy in six months.  Is that an FNM miracle?  Is that an FNM sleight of hand?  Were they telling a lie when they said we were broke or are they telling a lie now that they have the money in hand?

A trial lawyer could have a good time with this in cross examination.

Peter Turnquest is like an open sore on the FNM’s backside.  The PLP should pick away at the sore. It is their Achilles heel.