At the Marathon PLP Branch Meeting On 23 April 2018 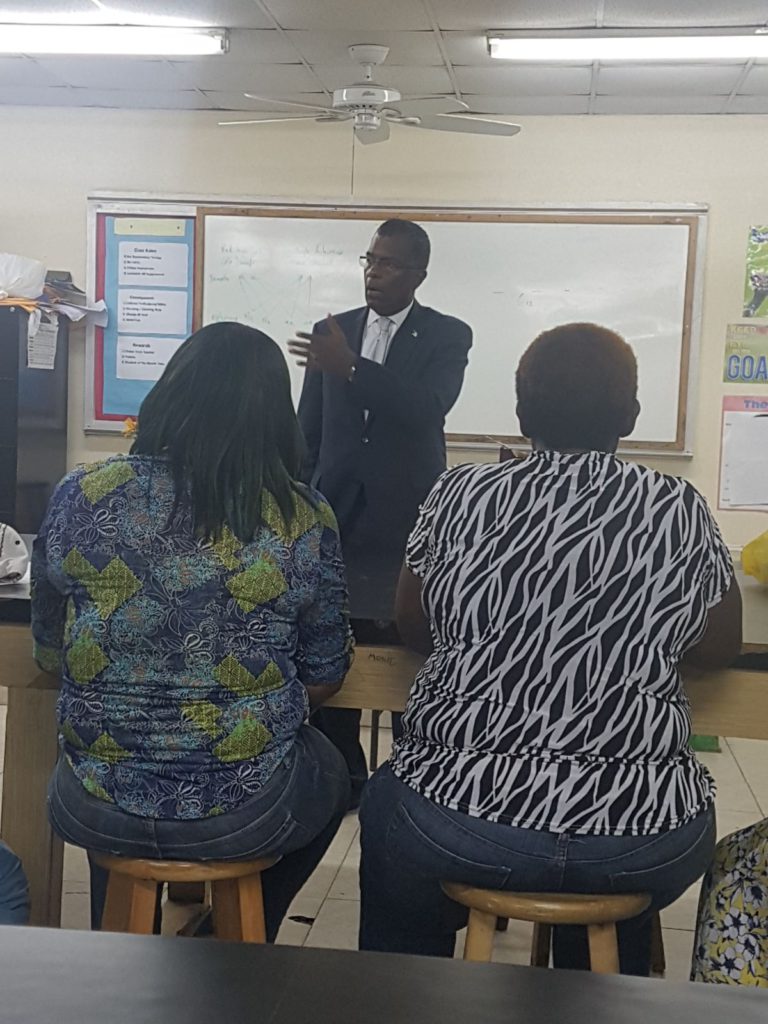 The Nassau Guardian in its story on Tuesday 24 April about the Marathon Branch meeting of the PLP where M’Wale Rahming of Public Domain spoke reported that Mr. Mitchell said “We Knew We Would Lose”.  Mr. Mitchell did not say that. Here is what he said in his own words which the Nassau Guardian knew because they reported it in the story:
“What I’d say is the back story about all of this is there is a lot that we all knew about the trending in the campaign…

“It’s a story that you can’t tell until time has gone by.

“So, even though the election had the impact it did, people say we were surprised, but I don’t think we were actually surprised because we saw by about mid-term what the trend was and I think we tried our best, given the realities of what we faced in the internal situation.

“We tried our best to see if we could correct it. We did targeting, all sorts of things. There is a telling point that (communications strategist) Joey Gaskins made when he reported on this thing. He said that it appears that when public opinion has set in after a particular time, there’s nothing you can do to reverse it.

“The atmosphere this time was very much like 1997, where there was absolutely nothing the PLP could say; that people had just completely tuned [out]. And, of course, the consequences, they look at the truth of what was said during the campaign in retrospect having swallowed, from our point of view, the propaganda of the other side.

“It’s turned out to be false in so many ways and now people are having sort of buyer’s remorse but, of course, it’s too late, but that’s what happens. You just cannot [fix it]. No matter what you say, people just say, ‘I’m turned off completely’.

“So that’s what we faced.

“Polls can’t tell you what to do.

“They are instructive about the directions you ought to have and there’s a skill in learning how to interpret and how to use that.

“So, I think as an organization you will see us embracing these tools, and they were embraced. I think people just didn’t know that we had our own people working for us and telling us what to do or indicating to us where we should be headed.

“When you think about it, you will see there were various attempts that tried at this but, as I said, it just didn’t come off.

“I would just say this, which is something I’ve been trying to preach as the chairman of the party since the 10th of May, which is that one of the things about political life, is that it’s cyclical.

“There’s up and down and what you really have to do is you have to keep your hand in because inevitably at some point the cycle changes and you get into an up cycle and everything you do then works just like magic and the point is to not allow your opponents to believe their propaganda about you and you start adopting their story.

“And two, notwithstanding the onslaught of ‘You’re stupid’, ‘You’re ignorant’, ‘You’re finished’ and so on and so forth, to get you to the point where you become disaffected, disillusioned and it saps your will to keep moving.

“At points like this, you literally have to just put blinders on, swing your feet out of the bed in the morning and just go left, right, left, right.

“Even though you are looking through a glass darkly, you know one day you are going to see face to face.