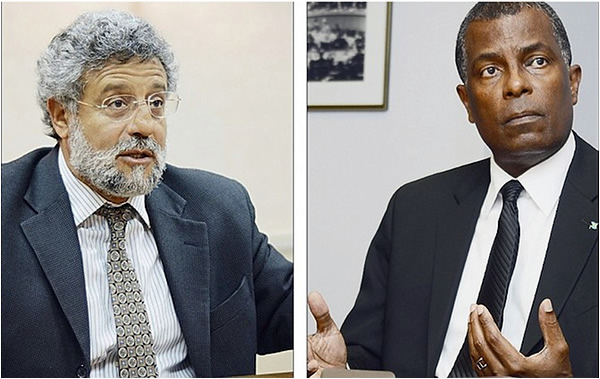 You really hate to be abusive but there is nothing other than stupid to call Fred Smith’s behavior, healing the head of the so called Grand Bahama Human Rights Association, an association of four members.  His attitude is that of a jackass.  He just can’t help himself.  Last week, he issued a press statement claiming that the Bahamas government has supported same sex marriage rights in a vote at the UN.  He “praised” the government.  Except that he was not praising the government at all.  He sent out a press release with his “praise” with a picture of Fred Mitchell MP and Minister of Foreign Affairs.  The clear intent was to seek to label Mr. Mitchell homosexual or to engage in homosexual baiting, so that the public would then turn against the government and Mr. Mitchell because of this vote at the UN.  The truth is the vote was about the right of the Secretary General of the United Nations to set the policies for the personal status of employees at the UN.  The Bahamas did the right thing and the policy statement now says what it has always said that your personal status is determined by the law of the place of the ceremony and that decision is properly a matter within the remit of the Secretary General to determine.  That is what the vote was about.   Sometimes, you think that this man Fred Smith simply deserves a quick boot up the behind for being such a toad. One of the most disappointing aspects of the present term of the PLP is that many of the young politicians they brought into the fold are homophobic and stuck in the dark ages on this issue. Fred Mitchell MP speaking on the matter to The Tribune said: “He [Fred Smith] is being contentious and disingenuous and I do not want to say much more than that. This is just a baiting exercise and I will not engage in his stupidity. The vote was on record, so the public can see what it is and form their own opinions. His description is off and he is trying to create a problem where there is none.”

Last week, The Tribune quoted the Prime Minister Perry Christie on homosexuality at the College of The Bahamas to its journalism students on Thursday 26th March:

“America has now legalised same sex marriages,” he said. “It’s happening. And so you have to assume therefore in the region we have this kind of discussion all the time amongst prime ministers about the conservatism that exists in our countries. How do we coexist in a world where the vice-president of the United States has said culture of countries do not trump human rights?

“Human rights are then elevated to the highest levels. And therefore you see the traditional norms of the world being changed and the levels of what was phobia are being rejected and are now becoming norms. Countries like the Bahamas have to look very carefully at it, not to change it, but how do you go about accepting it?”

“When you see freedom to the point where graphic sexual acts are put on the Internet, where persons are being exposed and where our kids don’t have that filtered to them, you may be discerning, you may be strong enough to understand it but there is something drastically wrong with that and you don’t have the right to impose upon me what might be your liberal views in life.

“There are certain things like respect, sobriety and discipline that have to exist in a country because if you try to give an instant exposure to young people who cannot filter that and have the discipline that you have, you have a problem.”