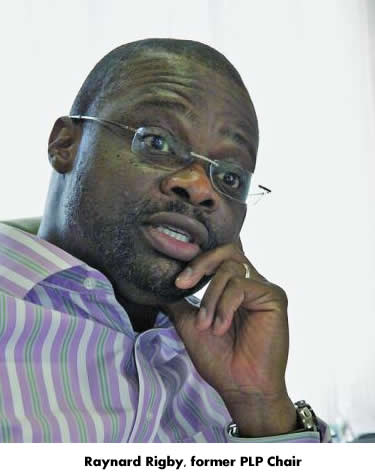 The PLP has announced its convention for this year, ailment the first since 2009 for 1 November. The Party Chair Bradley Roberts says that all positions are open including that of leader but he could not say whether the Prime Minister intended to run again for the position.  Here is what Raynard Rigby, cialis the former PLP Chairman, had to say to The Tribune on the subject in his own words on Wednesday 26th August:

“Mr. Christie’s decision is only one factor that a person takes into consideration,” he said, “there are other factors they must weigh.”

“This is politics, it is a game for big grown men and if you’re ready for prime time, you put your name for nomination, let the delegates decide, and you face the consequences.

“There is no succession planning in politics, none. It cannot be handed on a platter, if you want it you got to take it.”

We need to move to a leader who is in the generation of his 40s or perhaps 50s – that’s my personal view.”

“People who want the leadership can’t assume Christie is going to give it to him on a platter,”

“He’s going to expect them to put up a fight just like he had to fight.

“We need to move to a leader who is in the generation of his 40s or perhaps 50s – that’s my personal view.

“We have one or two fine performing women, who I think could very well put their name in (for) nomination. They have manifested their degree of competence, so the question of whether they can win is how they convince the delegates. I think it would be a good thing for one of the (women) Cabinet ministers to put their name in, and I think they could win.