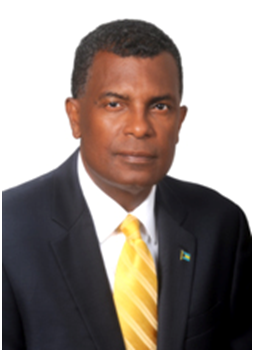 I am honoured to be here this evening to mark the beginning of the General Assembly in New York at the United Nations and what since 1982 has been named the International Day For Peace.  This is a good and joyful thing.  It is right and just that we should all be here to join hands in this worthy enterprise.

I thank Rotary and Rotoract for organizing this forum.

The mandate of the United Nations on this subject says this:

Each year the International Day of Peace is observed around the world on 21 September. The General Assembly has declared this as a day devoted to strengthening the ideals of peace, both within and among all nations and peoples.

The theme of this year’s commemoration is “Partnerships for Peace – Dignity for All” which aims to highlight the importance of all segments of society to work together to strive for peace. The work of the United Nations would not be possible without the initial partnerships that were active in its creation and the thousands of partnerships each year between governments, civil society, the private sector, faith-based groups and other non-governmental organizations that are needed to support the Organization in achieving its future goals.

The Secretary General of the United Nations Ban Ki Mon has said the following:

“I call on all warring parties to lay down their weapons and observe a global ceasefire. To them I say: stop the killings and the destruction, and create space for lasting peace.”

Remember the injunction in that well known Christian anthem: “ Let there be peace on earth and let it begin with me.”

The Anglican Church’s invocation in the mass: “ Let us do the things that make for peace and build up the common life”

The priest then intones:  the peace of God be always with you. And the congregation responds: and also with you.

Peace then is a theme which resonates throughout the world and in all nations and cultures.  It is certainly deeply ingrained amongst the people in our Judeo Christian heritage.  So the question must be asked, if everyone says they want peace, why are  we at war?

It should be the state of man to be in perpetual peace and not war.

We know however that life is not like that and its takes a valiant effort to be at peace with all mankind but at war with their vices.

I wish to take this opportunity to make an observation or two and then issue a challenge.

I would like on behalf of the Government of The Bahamas to welcome His Holiness Pope Francis to this hemisphere  and to welcome his efforts toward world peace but more particularly in our hemisphere and sub region.

The Caribbean sub-region welcomed the efforts of the Pope to promote peace and harmony between our dear neighbours both the United States of America and Cuba.  There has been rapprochement. They have extended the hand of friendship, with the Cuban President describing the American President and a man he can trust.

The American President has for his part done all that he can to normalize relations with our neighbor and to lift the economic embargo imposed by his predecessors against Cuba and its people.

The Bahamas thanks His Holiness the Pope and wishes him well in his mission in the United States and at the United Nations.  May his voice of moral reason and suasion persuade those who have the power to fight for peace.

Secondly, I would be remiss if I did not observe and note how troubled our country is about the internal war we appear to  be waging amongst ourselves mainly our young males on one another. It appears that we are paying a terrible price for sin. It appears that one sector of our population has turned its back on peace: with a series of what appears to be tit for tat killings without let or hindrance.

What are we to do is the proverbial question?

The song writers says: I blamed it on the wind and the trees but my heart blames it on me.

Shakespeare reminds us that the fault is not in the stars  but in we ourselves.

Michael Jackson sings: it’s the man in the mirror.

There is no easy answer or fix to this problem.

So I send out a challenge today to you to take it one person at a time.

I decided as an MP with my scarce resources that I will do what I can.

Just this summer, I identified two young people in my constituency, and I said I will scrap to help pay for them to work and get trained and mentored in my office.  Lords knows I can hardly afford it but I say to myself it’s my small contribution to building up the Common life of the Commonwealth of The Bahamas. I told my staff, I want to see whether by my simple intervention I can save these two.  I believe I either pay nor or I will pay later.

I encourage you to make the same challenge to yourself.  See if you can save one.  Each one try to save one.

I think that this will in the aggregate lead to peace and the building up of the common life.

My Anglican tradition says this at the end of the mass: May the peace of God which passeth all understanding keep your hearts and minds in the knowledge and love of God and of his son.

My wish is that this evening you will accept the challenge and go in peace  from this place  to love  your fellow man and serve the Lord.

God bless you and God Bless the Commonwealth of The Bahamas.