SATAN AND HIS FNM CABINET ARE DOING THEIR WORST 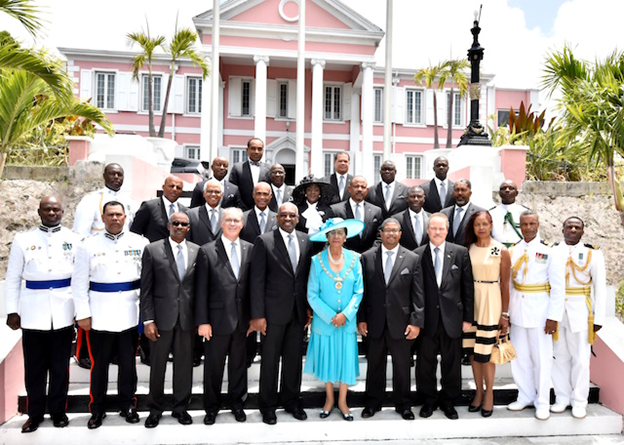 Now that Hubert Minnis and his Cabinet have their first PLP Political scalp, they must be all crowing at the rafters. They got one to parade in handcuffs. They did it in the middle of Dr Bernard Nottage’s funeral so all people were talking about was the fact that they PLP was corrupt and one of them was finally locked up in jail.

The mender of broken hearts Dr. Duane Sands went to the press and said stand by there is more to come. He was followed by Marvin Dames, the inept Minister of National Security, who said the police were only following the evidential tail. We wonder if that evidential trail does not lead to a place out east where their leaders used to pick up the cash in brown envelopes each week to run the campaign. Never mind, that’s the FNM and the same standard which applies to the PLP does not apply to the FNM.

The charges which the FNM has brought up against Ken Dorsett relate they say to $120,000 of payments which were allegedly received by from Jonathan Ash during the period 1 March to 10 May of this year. This was in the run-up to the general election. There are no laws in The Bahamas that govern campaign contributions. So that means that Mr Minnis if he wanted to could go to any contractor of the government and ask for a political donation to the FNM or more importantly be offered a political donation, and he can get it in a brown paper envelope in cash and then give it to the FNM or fund his own campaign.

Once the PLP gets back in power, they can then go to the contractor and threaten him with jail time and police harassment and he then starts saying well we gave it because if we didn’t we couldn’t get the contract. The PLP’s Attorney General now knows that charges can be brought against any FNM leader that does that.

What goes around, comes around say the Americans.

If that were to happen the FNM can no longer cry foul.

The question we ask in this small country is how these people in the FNM have become so morally bankrupt and ethically obtuse that in the face of what they say is an economic crisis, they are busy pulling up rocks looking for ants when what they need to do is to get this economy going again.

Instead, they have been firing people from the public service. They have been threatening the viability of Bahamar. They have refused to do anything to put some cash on the ground in Freeport. Now this witch hunt that is going on where the FNM is predicting that they will have six PLP former Ministers in handcuffs before the day is out.
Let’s give them fair warning. Know that whatever you do now, the PLP is not finished. All you will do is cause PLPs to get smarter and wiser and start the slave strategy which is to show you a good face but mess you up behind your back. It is reprehensible what the FNM is doing to this country at the moment.

One day the people who you are calling thieves will once again be the masters of this country. They or their children will be expected to show you no mercy. You have taught the PLP and their children how to go about destroying lives. These are lessons well learned.
Indeed Satan and his Cabinet are meeting and are busy plotting nd executing fouled deeds.