Second RBDF Vessel Runs Aground… We Give The True Facts 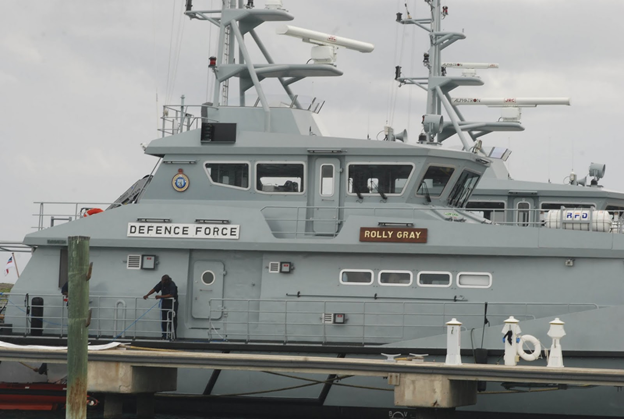 The partial report of The Tribune of 2 February is posted below. The story is a disingenuous response and incomplete one from the Royal Bahamas Defence Force. They are aware that their own negligence may be involved here.

It turns out that the buoys or markers that are set up to guide the ships into the channel for Gun Point in Ragged Island were knocked out of position by Hurricane Irma.  The RBDF knew that but did nothing after the hurricane to put the buoys back in place.  Then the accident with the Arthur Hanna happened. Those repairs cost 500,000. Replacement parts have to be ordered because the RBDF does not keep spares in stock.  To order the parts requires lead time because they are not kept on the shelf and have to be manufactured to order.

The second accident has happened because since the Arthur Hanna accident the RBDF did nothing to put the buoys in place and so again we have an accident to a brand new vessel.

What has the Minister of National Security to say in this era of transparency?

Here is the Tribune’s report in part:

The ship, captained by Lieutenant Commander Granville Adderley, ran aground near Ragged Island.

“The Rolly Gray had an unfortunate incident several days ago,” Commodore Bethel said. “She sustained damage to her propellers (on) Tuesday past.

“There (are) currently underway arrangements being made for her to have an assessment to determine the extent of the damage and the timeline for repairs.”

Commodore Bethel dismissed a report in a local tabloid which priced the cost of the damage at $2million, saying there is no way to know until an assessment is done.

“There is no way to determine what the cost will be until an assessment has been carried out by one of the local shipyards,” he said. “However, the vessel is insured.”

Commodore Bethel added he expects the estimates for the Rolly Gray will be available in a “few days”.

In November 2017, another RBDF vessel, the HMBS Arthur Hanna, was involved in a similar accident.