Perspective’s piece highlighted that the DRA failed to submit to the minister responsible three months after the financial year ending June 30, 2020, the authority’s audited financial accounts together with any auditor’s report, in accordance with Part II, Section 11(3) of the Disaster Reconstruction Authority Act 2019.

Section 11(3) states: “Three months after the end of each financial year, the authority shall submit a copy of the audited accounts to the minister, together with a copy of any report made by the auditor.”

Further, the piece highlighted that the DRA failed to publicly disclose at the end of the financial year ending June 30, 2020, all contracts awarded by the DRA within that financial year, in accordance with Part II, Section 11(5) of the act.

Section 11(5) states: “All contracts awarded by the authority within a fiscal year shall be publicly disclosed at the end of the fiscal year.”

To this, the DRA’s statement troublingly demonstrated a lack of understanding of the statutory difference between and material relevance of the length of a calendar year which under the Gregorian calendar used by most of the world begins January 1 and ends December 31, and a financial or fiscal year in The Bahamas which begins July 1 and ends June 30 of each year.

The DRA said: “The authority is well aware of its financial obligations under the act, in particular, its obligation to disclose all contracts entered into for the ‘fiscal year’ and to provide audited financial statements for ‘the preceding 12 months’ on an annual basis.

The DRA further said, “Knowing that on 30th June, 2020 the Authority did not yet complete a financial, fiscal or calendar year, the authority determined that the audit would be performed after the authority completed its first 12 months of existence.”

Section 11 states that the DRA “shall” submit its audited accounts together with any report by the auditor, three months after the end of the financial year.

Section 11 also states that the DRA “shall” publicly disclose at the end of the fiscal year, all contracts entered into within that fiscal year.

In other words, regardless of what the DRA might believe or accept about its statutory obligations, the law is the law.

State Minister for Disaster, Preparedness, Management and Reconstruction Iram Lewis told reporters that the authority’s accounts are still being reconciled so that it can settle its debts with vendors who, due to non-payment, stopped honoring the DRA’s purchase orders for its small home repair program.

His statement gave rise to the question of whether the DRA was working in accordance with Section 11(1) of the act which states: “The authority shall keep proper accounts and other records and shall prepare in respect of each financial year, a statement of accounts.”

It seems that if the letter of this provision was being followed since the inception of the DRA in December 2019, vendors might be paid on time, and those the authority serves might not be suffering protracted delays in completing necessary home repairs on storm-ravaged Abaco and Grand Bahama.

The DRA said, “Even if there was an obligation to audit after six months (which we do not accept) it is common knowledge that as a result of state of emergency and prevailing circumstances certain statutory obligations may be deferred or suspended and the authority will avail itself of this protection if necessary (see Section 22 of the Emergency Powers (COVID 10 Pandemic) Regulations, 2020).”

There are and have been no emergency orders issued by the competent authority, that absolve the DRA of any of its statutory obligations.

It is noteworthy that an agency charged with managing upward of tens of millions of dollars on behalf of the Bahamian people, would think it appropriate to potentially seek COVID-19 emergency protection of the competent authority, so as to be shielded from having to comply with its statutory obligations with respect to accountability and transparency.

Finally, the DRA said, “Any suggestion that this board is not carrying out its duty to report and disclose is plainly wrong. In due course, and in time for the government’s mid-year budget in February 2021, a report of the authority’s first 12 months will be made available to the minister of disaster preparedness, management and reconstruction.”

The duty of the DRA is to fully and unreservedly comply with the law that governs it, and the duty of the fourth estate is to hold public officials accountable for their compliance with laws and established policies.

The mandatory “due course” set out by the DRA act is the submission of audited accounts to the minister three months after June 30, and to publish all contracts awarded last fiscal year by June 30, 2020, a course which the DRA has not complied with by its own admission, and ought to so do without further delay.

The DRA might also publish together with the salaries and benefits of its board members, evidence of its compliance with Section 10(2) governing its annual budget, which states: “the sum of money allocated to remuneration and pension shall not exceed 20 percent of the annual budget without the consent of the minister.”

Public trust is built when those in public office fully comply with the law, and demonstrate respect for the law by that said compliance.

The Bahamian people are entitled to no less. 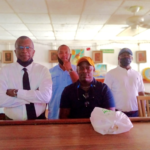 Mitchell With His Campaign Team

Condolences On Eleuthera Deaths And A Correction 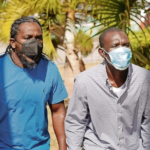 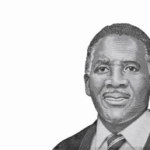