Sir Arlington Butler Can Tell You What He Did 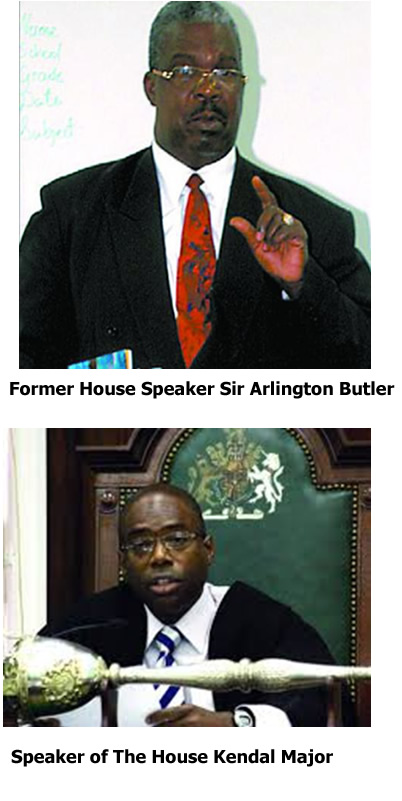 viagra sales viagra sale times;”>If you want to know how it was dealt with before, you have only to listen to the song Show and Tell by Eddie Minnis.  That song records what happened when the then Speaker of the House of Assembly Sir Arlington Butler (PLP) turned against his own party and called a vote of the House when the government was not present in the House.  They were late coming back from lunch on 26th August 1976.  The Speaker who opposed the Public Disclosure Bill then before the House called the vote and the PLP dissident backbenchers together with the Opposition voted to send the Bill to committee that day six months. That killed the bill.  The song says: “ The PM tell the Governor prorogue this House quick quick  Bring it back in ten days, these MPs think they so slick.”  Following that Carl Francis and Lionel Davis all lost their government positions.  When nomination time came, those two plus the Speaker (Sir Arlington), Franklin Wilson (for other reasons), Oscar Johnson Sr (for other reasons), Cadwell Armbrister (for other reasons) Edmund Moxey (for other reasons), were all not re-nominated.  During the 10 day break from the House, the Prime Minister and the Deputy Prime Minister Lynden Pindling and Arthur Hanna wanted to see Arlington Butler, now Sir Arlington. They wrote him a letter as Leader and Deputy Leader of the party asking him to come to see them to discuss the matter.  He did not turn up.  Instead when the House met, he used the occasion of the state opening on national radio live to blast the two men for seeking to summon the Speaker.   So looking now at the present facts what with Kendal Major, the now Speaker ruling against his own party in the matter of whether or not the Leader of the Opposition should be allowed to speak on that occasion in the agenda, when the House last met and his seeming to throw down the gauntlet to this own party that the party will have to do what it has to do, we say those who don’t know the lessons of history are doomed to repeat them.  The other thing is of course, Sir Arlington was later re-elected to the House as an FNM and served as a Minister and as an Ambassador to Washington with distinction.  The other point is that a Speaker once chosen as Speaker cannot be removed by any device save that of his own resignation.  So unless this Speaker wants to resign, he is yours for the life of the Parliament.