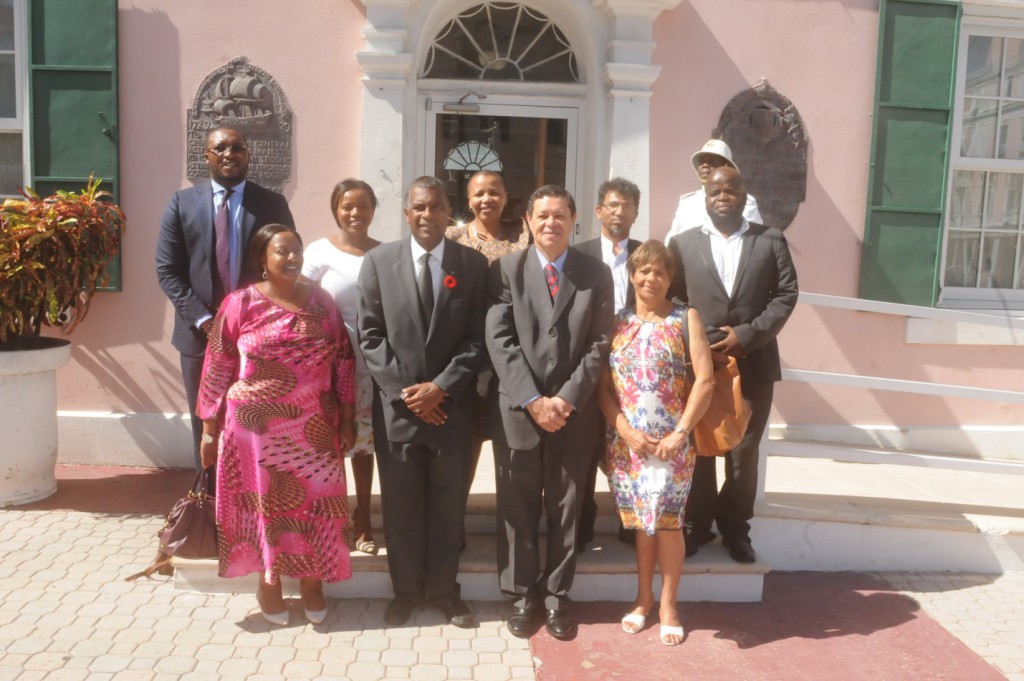 generic viagra site times;”>The visiting Deputy Minister of Foreign Affairs Lluwellyn Landers visited with the Foreign Minister of The Bahamas on Wednesday 4th November to mark the 30th anniversary of the Nassau Accord which caused the freedom of Nelson Mandela the first Black president of South Africa.  He was joined by his team and the South African High Commissioner to The Bahamas Mathu Joyini.  The Minister is second from left, the Deputy Minister third from left and on the steps between the two is the High Commissioner.