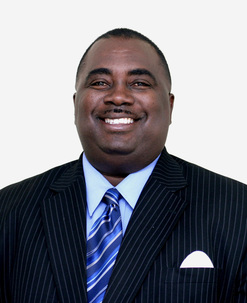 The late Paul Adderley, former AG and Minister of Foreign Affairs, used to tell a story about the old days and how you could get a headline in a paper called The Herald, just before it was bought by Cyril Stevenson and became the mouthpiece of the PLP.  He said the man who owned it would give the headline to whoever paid for his breakfast the morning before.

Or what about the story in the line of Winston Churchill jokes. Sir Winston is at a party and meets a woman and agrees with her to sleep with her for 500 pounds. Later after some drinks, he changes his mind and offers her 50 pounds.  She replied: “What do you think I am?”  He says well: “We’ve already established that, we’re only haggling over the price.”

Those stories immediately came to mind when on the morning of Monday 23rd a voice note went around in the voice of Steve McKinney with what the Prime Minister has now called an absolute lie.  Mr. McKinney claimed that the Government was considering a  proposal by the Chinese investors in Bahamar to agree to give 500 Chinese citizenship in exchange for the investment.  Total nonsense!

What was most disturbing is that it took a whole day for the Government to respond to the lie.  What is even more disturbing is that PLPs helped to spread the lie, and were questioning the sanity and integrity of their own government?  Everyone knows Steve McKinney’s reputation.  It is pretty close to that of the man who used to run The Herald, except maybe “breakfast” is a little more expensive today.

One of the consequences of the lack of a proper education in so many of our people, is that the least stupid rumour that floats around they go believing it and run with it.

We see it happening with the debate on women’s equality.  You see sensible, ordinarily rational people opposing the expansion of freedom for women, and enveloping it in some vast conspiracy which it simply is not.  They have educated lawyers, who have spent their own life time’s arguing for equality and expansion of rights, only now because they are opposed to the Government, they are on a public platform arguing against the expansion of rights.  It is shameful and disgusting but what can you do.

You see we have a simple posture here.  Why would anyone put any faith in anything that Steve McKinney or Ortland Bodie have to say?  They are well known personalities.  It does not take much to persuade them.  There is a constant hunt for headlines.  They are in the same category as Ivan Johnson who writes the Punch.  One sensational headline after the next, only for headlines and selling papers.  They of course all count on a gullible public to accept it.

We put no stock in any of those sources and there are many others.  Join to that Philipa Russell who was booted off ZNS because she doesn’t know the difference between a talk show host and a political ideologue.   The Guardian Radio talk shows are not much better.

The problem is the PLP faces this vortex and sometimes the work of God must be done by the Devil.  That means we have to stop this stuff of Marquis of Queensbury Rules while the nasty old preachers are fighting below the belt and the radio talk show hosts and mad lawyers say and do whatever they want without regard to rules.

If we want to look on the outside to the inside, then go right ahead and do nothing.  But if we want to stay where we are, we had better wake up and fast.