Tellis Bethel And The Question Of Character 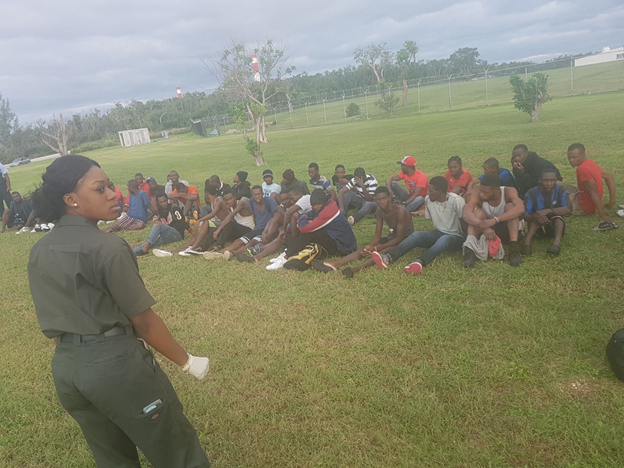 The initial response of the Commodore of the Royal Bahamas Defence Force about why he and his force were unable to stop a Haitian sloop travelling at less than 5 miles an hour from landing within three miles said a lot about the character of the man who heads the Force.  His first reply was it was the PLP’s fault, essentially blaming a dead man Bernard Nottage from stopping him from patrolling the western end of the island.  The next day suitably chastened he said he was not saying that, but as he understood it the problem was disputes with other forces.  That seemed to say it was the fault of the Police or Customs.  Why could he not say that he drew the lessons and would take steps to correct it?  Instead it was like a little boy caught by his mother and when asked why, the boy says it was Johnny who did it not me. Like God when he asked Adam and he said this woman told me to do it.  The character of the head of our forces is supposed to be above reproach, like Caesar’s wife.  What we have seen does not bode well when extrapolated and projected out across his wider role and responsibilities. Here was the PLP’s response to the statement by the Commodore:

From the Office of the Leader of The Opposition

On Commodore Of RBDF’s Failure To Stop Illegal Migrants

It is regrettable and unfortunate that the Commodore of the Royal Bahamas Defence Force would find it necessary to blame the PLP for what on the face of it is shocking negligence on the part of the Force in its inability for the second time in as many months to stop a slow moving vessel with illegal migrants from landing within 2 miles of the Defence Force base. This is not a time for the Commodore to engage in political commentary but this is the time for the Minister of National Security Marvin Dames to speak up and explain to this nation why he and his government cannot protect our borders.

This has nothing to do with what the PLP did or did not do but this is about real time defence of our borders.

There are sound rules why public servants are prohibited from engaging in political polemics. When they do so, the public servant then becomes a legitimate target for political attack. Already I have been restraining our supporters from directly calling for the dismissal of the Commodore. I have told them that the jury is still out on that but we are bound because of the Commodore’s statement to call out both the Prime Minister and the Minister of National Security on what is at best a shocking breach of well-established protocols and norms.

The facts on the ground are these. A sailing sloop that moves at less than five miles an hour was able to navigate its way up the whole chain of our islands to our main island and disgorge its human cargo on to the shore within miles of the RBDF base. In fact in in operational terms in plain sight of the base

The Prime Minister, the Minister of National Security and the Commodore all ought to be ashamed and embarrassed at those incontrovertible facts.

I say again heads must roll.

Surely even if ( which we do not concede) orders had been given to cease patrols out west eight months ago, the Government and Force cannot be so rigidly inflexible that in the face of an obvious threat, they keep doing the same thing. Then when egg is on the face of the Force, you claim it’s the PLPs fault.

We remind the Hubert Minnis administration that it is their time to govern. They must protect the country’s borders. Do your jobs and stop giving excuses for plain and obvious negligence. The country awaits a full explanation.