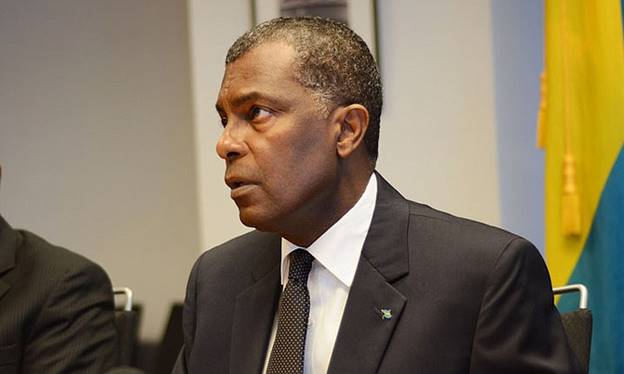 discount cialis times;”>
Sharon Adderley is suffering badly it appears so much so that it has affected her mind and good judgment. For the past three weeks, she working along with Adrian Gibson, The Tribune columnist, and who as we say is a graduate of the Fred Smith School of stupidity, has released information in the public domain that accused the Minister of Foreign Affairs Fred Mitchell of not doing his job in relation to her son who died in Haiti while incarcerated. Secondly she claimed that the Ministry of Foreign Affairs facilitated the payment of bribes to Haitian officials. Thirdly, she accused the Minister of attacking her family. On all counts she was wrong. Unfortunately, she is being used by Adrian Gibson for his political ends, caught up as he is in his own scandal as part of the paid for hire Save The Bays environmentalists. It is very sad that things have come to this. Ms. Adderley will have to answer to the police since she in her own hand says that she tried to bribe Haitian officials. As for the knowledge of bribes, no one at the Ministry of Foreign Affairs knows what she is talking about. Further, she can hardly complain that her son’s death is not being investigated when she refused to allow the Haitian authorities to conduct an autopsy. Yes people are sorrowful for her loss but her loss does not entitle her to say stupid things and make wild and untrue accusations.

The following letter was published in The Tribune on 21 March:

WE ARE appalled at the unmitigated gall of Fred Mitchell in attacking Tribune columnist Adrian Gibson in the House of Assembly today about two columns he wrote seeking an inquiry into the death of my son, Christopher Prescott Adderley, while on remand in Haiti.
Christopher was a pilot and had only travelled to Haiti to quickly return upon pick up of another pilot, Hughie Gray.

As we sat here in Long Island listening to Mr Mitchell’s contribution in the House today, our mouths hit the floor. We are of the view that the Ministry of Foreign Affairs did very little to help our son. Mr Mitchell ignored my pleas and sent me from one person to another – who didn’t respond – as I begged for help for my son. I begged them to take medical supplies to him.

Mr Mitchell could now talk, but where was his voice when we needed him?
We have, via Mr Gibson, released copies of cheques we sent through the Ministry of Foreign Affairs (MOFA) and Whatsapp messages between ourselves and the official in Haiti who was handling the bribes requested. He was the facilitator in this entire episode. The bribes all passed through the MOFA with the knowledge of officials in Haiti. We have published the receipts. We can give him all of the Whatsapp messages if he wants them.

Mr Mitchell now claims that he was sent an email by our family stating that they do not support Mr Gibson. Nothing could be further from the truth. What’s more, Mr Gibson is our family. His grandmother and my father are siblings. I taught him from grades seven to 12.
We support Mr Gibson 100 per cent. I gave him access to my email account. I gave him the copies of the cheques. I facilitated the interview between him and Hugh Gray Jr. That is a fact.

I am a grieving mother. Mr Mitchell has yet to answer the many questions we have concerning my son’s death, his nonchalant approach to me this entire time and his failure to provide any information thus far. We have yet to hear from him. I need closure.
Adrian and ‘Scottie’ grew up in Long Island together. They are cousins. They grew up like brothers.

In saving himself, Fred Mitchell needs not to mislead the public from the floors of the House of Assembly. We call upon Fred Mitchell to conduct a proper investigation into my son’s death rather than twisting and mis-characterising this circumstance and the efforts of my cousin and former student, Mr Gibson, to assist our family. We will not allow that.

We await your answers Mr Mitchell. We beg that you answer. I beg you, Sir, address the issues Adrian raised in his two Tribune columns.

I need closure, Sir. I do not need for you to deflect and lose sight of the issue by seeking to confuse the public.
SHARON ROSEMARY ADDERLEY
Long Island
21 March 2016