The AG Missteps On URCA 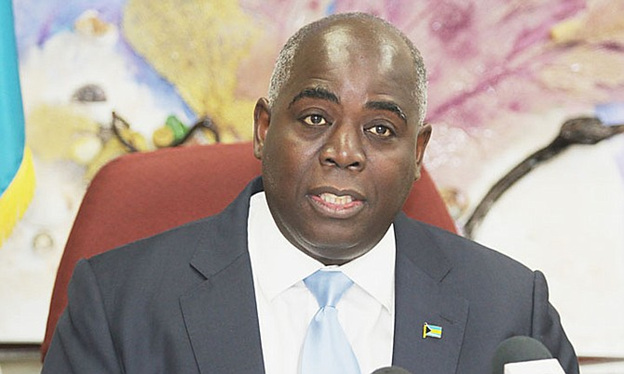 The following statement was issued by the Leader of the Progressive Liberal Party by Philip Davis MP QC:

The PLP notes the purported changes in the membership of the duly statute URCA Board of Directors pursuant to the URCA Act and the manner in which the government is going about making these changes is cause for deep concern.

The facts surrounding and governing any and all changes to this statute board are as follow:

The provisions of the URCA Act allows for its board members to serve their full terms in office. Any changes in membership is ultra vires the act and is therefore null and void. The Attorney General’s purported comment to the press that the law was complied with in making these board changes is at odds with the letter, initial intent and spirit of the law. I refer the Attorney General to (s. 14 (1)), (s. 14 (5)) and (s. 19 (1)) of the URCA Act.

If the tenure of the current chairman expires in 2019, then under law he should be allow to serve out his entire term, save and except for a voluntary resignation. The law is clear and this is impatient of debate.

In 2012 when the PLP came to office, we met the FNM appointed board in place but we complied with the law, allow the members to serve out their full terms of appointments. The actions of Attorney General Carl Bethel are illegal and should be tested in a court of law.

I would be remiss if I did not point out to the Prime Minister that no less than the government’s chief legal advisor, the Attorney General, is offering the cabinet in which he heads bad policy and legal advice that can be easily and successfully rebutted, neutralized and rendered null and void through the application of settled law. The learned jurist and Senator need only consult the URCA Act before offering the cabinet bogus and illegal legal advice. This is inexcusable.

I go further. In addition to failing to consult with the Leader of the Opposition as mandated by law on these changes, we are advised that the government intends to sell its shares in the telecommunications company Aliv. Not only is this not advisable at this stage due to the depressed value of the shares, but it is bad public policy to change a board in the middle of preparations for an Initial Public Offering, or IPO. The sudden loss of institutional knowledge and memory can interrupt and negatively impact the IPO process and is a compelling enough reason to allow the existing board to finish its important work unencumbered.

Some unsolicited advice for Senator Bethel: The Attorney General should at all material times be the strongest of advocates for the prevalence of the rule of law and not one who appears cavalier in skirting the law and loose with the truth.