THE AG ON WHY THE DELAY IN THE RUBIS MATTER 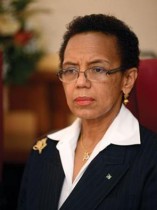 Thank you all for being here today.

As you well know by now, it was under the auspices of the Office of the Attorney General that the Black and Veatch Report – which assessed both Rubis’ and our Government’s response to the fuel spill – was recently released to the General Public.

The release of the report makes it clear that there was no intention on the part of Government to conceal anything in the Report.

As a Government, we understand we should have released the report sooner. For this delay, we want to sincerely express our regret. It is important, however, to make the point that even though the physical report was not released until recently, the recommendations in the Report were acted on very early in the process by Rubis at the request of the Government, and in coordination with the responsible Government ministries and the Government’s environmental consultants.

If I may, I would like to directly address the people of Marathon for a moment… We know how much stress and concern the Rubis Spill has caused you and your loved ones. And therefore, the households directly affected by the spill, residents of Marathon in general, and the public at large, deserve to know not only what we did to address the Rubis Spill, but how we can better prevent similar incidents in the future. We will make sure that going forward you get all the information and support you need.

Having had two weeks to conduct an initial review of the handling of the report’s release, it is now obvious that a number of factors contributed to the delay, most notable of which is the lack of proper coordination and clearly defined protocols between the various Government agencies involved for dealing with reports of this nature.

To mitigate such challenges in the future, Government will within 15 days appoint an independent expert who understands and has experience of how Government procedures ought to work efficiently, to evaluate and review how this Report was handled and to make recommendations to ensure that a similar incident does not happen again.

The results of this examination will be made public and reported back to you as soon as the expert has completed the assignment.