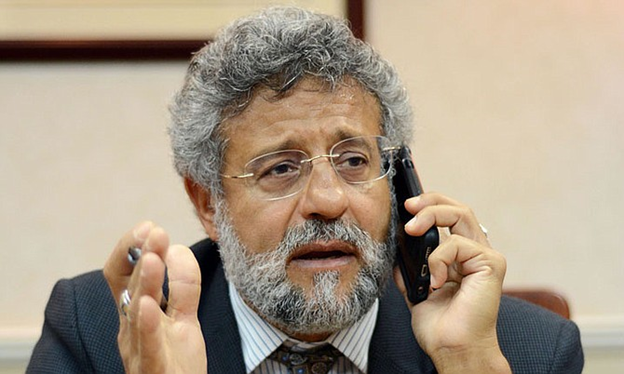 The Bahamas government has answered the petition of the Save The Bays Five who claimed that their lives were in danger and then refused to cooperate with the police.   Fred Smith, the lawyer and petitioner was howling from the rafters that the Government just didn’t get it.  Perhaps what he wants is for the Commissioner of Police to give him bodyguards   Prime Minister has.  But then he does not trust the police.  This man is clearly not of a balanced point of view and the state should ignore him and the proponent of this foolishness before the Inter American Court of Human Rights.  It is an abuse of the system.

The government’s statement and the response can be found by clicking here: http://mofa.gov.bs/…/IACHR-Bahamas-Response-22-Nov-2016-8.4…

The Ministry of Foreign Affairs and Immigration wishes to advise the public that the Government’s response to the Inter –American Human Rights Commission was sent, and received by the Commission, 22 November 2016. The entire response of the Government is attached to this statement for public release.

The main points of the response are as follows. The Government has found the claims of the Grand Bahamas Human Rights Association to be baseless and without merit. Having thoroughly investigated the claims made the Petitioners of the Save The Bays – Grand Bahama Human Rights Association, the Government has requested that the Commission lift the precautionary measures of 4 November, in accordance with Rule 25 of the Commission’s Rules of Procedure. Further, the Government requests that the Commission urgently reviews the measures, in consultation with The Bahamas and any other parties as may be necessary.

On 27 September 2016, the Government of the Commonwealth of The Bahamas received from the Inter -American Commission on Human Rights (IACHR) a request for information concerning the submission made by Petitioners Fred Smith, QC, Joseph Darville, Romauld Ferreira, Franciso Nunez and Kirkland Bodie in their request for precautionary measures submitted 6 September 2016 to the Commission. Regrettably, before The Bahamas could respond definitively to the Commission’s request for information, and despite a Diplomatic Note from the Bahamas dated 3 October 2016 indicating that a response was being prepared, the Commission on 4 November 2016, without recourse to the Government, granted the precautionary measures, by Resolution 54/2016 . This was notified to The Bahamas by letter dated 8 November 2016.

In light of the gravity of the allegations made by the Petitioners, it was the view of the Government that it was necessary to conduct a thorough review of the claims made by the Petitioners in order to submit a comprehensive report to the Commission. That comprehensive report has now been submitted within the time frame proscribed by the Commission.

The Petitioners have alleged that they were living in urgent fear for their lives, safety and freedom because of their work as human/environmental rights defenders and that the relevant authorities failed to protect their right to life and personal integrity. The Government has found no proof of these allegations and therefore asserts there is no fear for the lives, safety and freedom of the Petitioners as they have claimed. Furthermore, the evidence has revealed that the Petitioners have been moving freely within and outside the country. The Petitioners have alleged they alone have access to detailed plans of harm, but are unwilling to share them with proper law enforcement officials, and they have failed to cooperate otherwise with the Police. This in and of itself shows that there is no urgency to the claims they have made.

The Government in its response to the Commission reaffirmed the importance it attaches to the protection of and respect for the human rights of all of its citizens. Furthermore, the Government will take the necessary action by the State agencies to continue to monitor the situation with respect to the Petitioners and take pre-emptive action if required to not only ensure their safety, but to continue to provide an environment in which they are free to continue their work as environmental/human rights advocates.

The full response of the government can be seen by clicking here: