THE BARBARIANS AT THE GATE 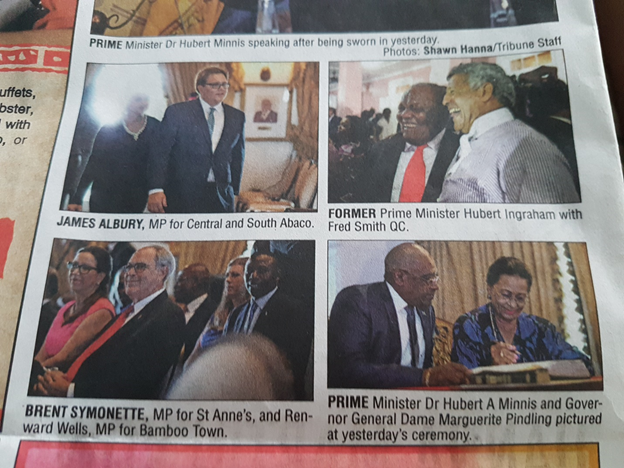 The FNM is rejoicing.  They think they have won some big victory.  When you look at the number of seats yes they have.  They have forced out the former Prime Minister.  But what struck us as the new Prime Minister Hubert Minnis set about house agenda, arriving at the new office and being introduced to the staff is that this is the same ritual that PLPs went through five years ago.  They too were joyous.  The old Emperor Hubert Ingraham was out and Perry Christie was back.

The point is within five years, the PLP squandered the opportunity.  All the high hopes simply disappeared into a cloud of inaction on so many fronts.  We can find all sorts of reasons why the PLP lost.  The fact is the pollsters told the PLP two years ago that were losing and the reason why they would lose if party didn’t correct it.

Now let us see how the ritual of transfer is followed.  It should be a seamless process.  The old leader stops down.  The interim leader is the Deputy and then a convention is held and that person who wins leads the PLP.   We cannot disintegrate into a similar fight that the FNM had when Loretta Butler Turner led the MPs to write the Governor General and removed Hubert Minnis as Leader of the Opposition.  Now we see what has happened.

The old saying is if you dig one grave, you dig two.

Brent Symonette, Sarkis Izmerlian,  Louis Bacon, Eileen Carron and Fred Smith, all deserve a special place in hell for their contribution to the re enslaving our people.  It is unbelievable.

But we had better believe it, because as you see from the pictures today, the Barbarians are at the gate and all we can do is stand on our feet and fight.