The completion of the sale of Baha Mar offers hope and optimism. 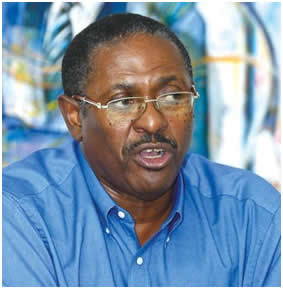 The completion of the sale of Baha Mar offers hope and optimism.

By Bradley B. Roberts

I am heartened as many Bahamians are that the deal to purchase Baha Mar is finally complete. It was an arduous task for the former PLP government and all relevant stakeholders and they all came through in flying colours.

With the Casino Hotel and SLS already open, Bahamians can optimistically look forward to the opening of the Rosewood brand who has committed some $50 million into that project alone. With thousands of Bahamians already employed and scores of contractors engaged, this means thousands more jobs for Bahamians, contractors, and service providers.

In CFE of Hong Kong, Baha Mar is now owned by a world renowned developer of highly successful luxury hotels worldwide and an owner with the financial capacity to market, develop and grow this magnificent property called the Riviera of the Caribbean into the envy of the world.

With air service agreements signed by the PLP government with the People’s Republic of China, airlift to New Providence will significantly improve and high-end stopover visitors promises to grow the industry across the board.

BAHAMIANS HAVE GOOD REASONS TO BE HOPEFUL AND OPTIMISTIC ABOUT THE GOOD WORK EXECUTED ON THEIR BEHALF BY THE PLP GOVERNMENT. THE BIG WINNERS OF A SUCCESSFUL BAHA MAR ARE THE BAHAMIAN PEOPLE!!

It is fitting to publicly recognize and commend former Prime Minister the Rt. Hon. Perry G. Christie and his executive team for their vision, strength of leadership, focus and determination in seeing this project through to the end against considerable odds and in a venomous and hostile atmosphere driven largely by Dr. Minnis and the FNM. The PLP had the right policy and vision for Baha Mar; there can be no question about that.

Mr. Christie outlined in meticulous detail the strategy and timeline for the phased opening of Baha Mar in a Heads of Agreement, at press conferences, from the floor of the House, in multiple media interviews and from the rally stage. To date, EVERYTHING announced by the PLP surrounding the rescue and opening of Baha Mar turned out to be true and are coming to pass just as the former Prime Minister and former Attorney General Senator Allyson Maynard-Gibson outlined them.

The unsecured contractors and thousands of displaced Baha Mar employees were paid over $100million at no cost to the tax payers of this country; a buyer with impeccable international credentials in the hospitality industry was secured and Baha Mar was rescued and placed back on track to realize its full economic potential.

Having sown seeds of hopelessness and a lack of vision surrounding Baha Mar, Prime Minister Minnis, his Tourism Minister and the FNM government will no doubt seek to rewrite history and take credit for this monumental accomplishment by the Christie administration even though the record is clear that while in opposition, Dr. Minnis and the FNM did everything in their power to destroy that project for narrow political gain. D’Aguilar, who helped to run the project into the ground in the first place, was the willing mouthpiece for Izmirlian and spew much venom, threw many poisonous darks and fiery arrows to bring about the failure of Baha Mar but he and Dr. Minnis failed miserably. The people of The Bahamas are the big winners on this score.

It is written that the stone that the builder refused will be the chief corner stone. No truer words have been written or spoken and Baha Mar stands as a testament to that truism.

THE FNM POLICY ON BAHA MAR WOULD HAVE BEEN A COLOSSAL DISASTER AND AN ABJECT FAILURE FOR THE BAHAMAS EVEN WHEN THOSE WHO ASPIRE TO LEAD CONSPIRE TO MISLEAD OUT OF SPITE!

That failed Minnis policy on Baha Mar would have gotten even worse for The Bahamas had Dr. Minnis gone through with another ill-advised election promise to sell Baha Mar to a buyer of his choice.

Prime Minister Minnis must level with the Bahamian people and admit that he and the FNM were all wrong and dishonest on Baha Mar and the PLP was right and truthful about Baha Mar.

It is worth repeating that the PLP government built a firm and solid foundation of progress.

I say again that Dr. Minnis for his part should express his gratitude to the thousands of current Baha Mar employees; he should apologize to the Bahamian people for his deceitfulness and in the interest of decency, order and good governance, and I repeat again that he should keep D’Aguilar as far away from Baha Mar as the east is from the west as it would be a fundamental conflict of interest for D’Aguilar to be involved in any negotiations involving Baha Mar.