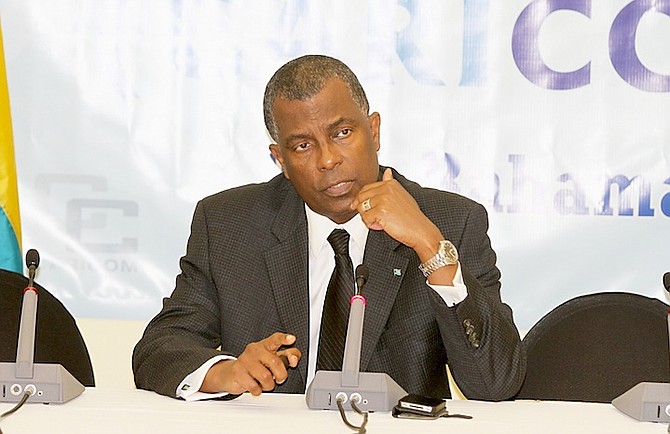 The Progressive Liberal Party’s Chairman Senator Fred Mitchell announced last week a module for aspirants candidates of the PLP.  This week he announced that the module may be of general public interest and so it more generally available for the member of the public.  Here is the announcement and course outline:

Module For Aspirant Applicants For Candidacies for Public Office In

THE COURSE IS OPEN TO ALL PLPS OF RECORD DULY NOMINATED BY YOUR BRANCH CHAIR.

IT IS HOWEVER A PREREQUISITE FOR APPLICATION TO BE A CANDIDATE FOR THE PLP IN THE NEXT ELECTIONS.

A general public announcement should be made Sunday 3rd June about the module and how one can participate.

Wednesday 20th June 2018: Official launch by the Party Leader with statements by MPs and Senators and the introduction of facilitators, registration and distribution of course materials. Time: 7p.m. to 9p.m.

Saturday 23rd June: Valentine Grimes, Raynard Rigby and Campaign Coordinators for the four MPs elected to office, Philip Smith and Philip Galanis. How policy is generated; what you are expected to do as a candidate, the structure of your campaign and funding raising; what the party is expected to contribute beginning time 8 a.m. concluding time 1 p.m. with lunch with Wendell Jones to discuss the media.

Sunday 24th June beginning at 3 p.m. to 5 p.m.  Leader and Chairman and Lecturer from the University of The Bahamas lead summary discussions and conclusions and presentation of certificates of participation.

Each participant will be required to sign in and be present for the entire module.

This module is a prerequisite for all candidates who are presenting themselves to run for office in the next general election unless exempted by the National Leadership Council.

The History of The Bahamas by Michael Craton

Islands In The Stream by Dr. Gail Saunders and Michael Craton

Faith That Moved A Mountain by Sir Randal Fawkes

The Quiet Revolution by Doris Johnson

The Public Service by Lois Symonette

The Autobiography of Sir Clifford Darling

The Commission of Inquiry Reports