The Fault Line Between Haitians And Bahamians 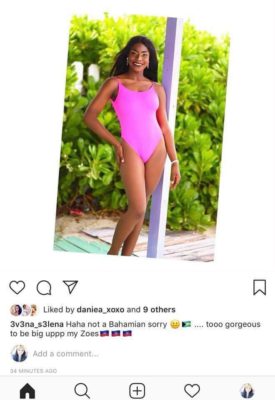 This story appeared in The Tribune and shows the problem in this society which is unresolved but slowly building pressure: the fault line between Hattians and Bahamians. Back in 2014 shortly after the Government’s new immigration policy started, a Bahamian of Haitian ancestry threw down the gauntlet when he told the TV cameras that there were more of them than Bahamian/Bahamians. There was n uproar. The then Commissioner of Police Ellison Greenslade took him for counseling and he recanted his heresy.  No one was fooled by that though.  The issue has clearly not gone away.

A GRAND Bahama beauty queen had to relinquish her title after a social media post caused a stir online and offended Bahamians.

Evena Gibson was ensnared in controversy after she posted a photo to Instragram with the caption, “Ha ha not a Bahamian sorry . . . too gorgeous to be, big uppp my Zoes (sic),” a reference to her Haitian heritage. The caption also had emojis of Haitian flags.

Condemnation on social media was swift with many calling for Ms Gibson, 17, to be stripped of her title.

One person wrote on Facebook: “So the woman who will be representing The Bahamas all over the world and is supposed to be an ambassador for our country doesn’t even claim The Bahamas? How does that work?”

The teen later apologized for the remarks.

Yesterday, however, The Miss Grand Beauty Pageant Organisation released a statement on the controversy, announcing Ms. Gibson no longer held her title.

“The reigning Miss Grand Bahama 2018 has relinquished the crown. It is important to uphold the integrity of the organization which has been in existence for the past 30 years. We have become a diverse country, but in order to be a part of our pageant, one must be a Bahamian citizen and proud of this country that has become a melting pot of a multitude of cultures.

“Our queens are some of the most distinguished ambassadors of our country, who have put country, pride, and community first. This has been a very unfortunate situation that we hope will never be repeated.”