THE FNM ALMOST AS STUPID AS TRUMP 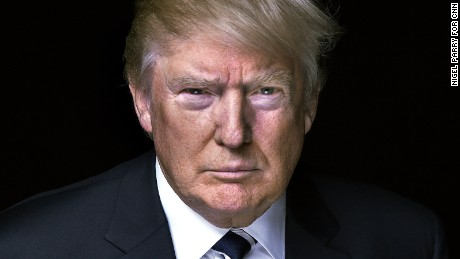 The United States is now an awful example of democracy. All the stuff they try to put on the world and yet it has come down to two people for their next President who it appears are disliked by large sectors of the population but they have no choice but to choose one. Clearly if one were to choose on an intellectual basis that would have to be Hilary Clinton. Quite frankly she is normal. The other fellow Donald Trump is not only a racist, buy viagra he is a fool. He is downright dangerous and should not get within a hair’s breadth of the presidency of the United States. Of course we have to suffer whatever happens over there but just like Bahamians were for Obama, best viagra they should be for Clinton. Trump courts disaster.
And so to the local scene, we court the same disaster when we have to choose between the veteran, his team and their experience against the cretin and the fiends arrayed on the other side. The choice is clear. The Progressive Liberal Party is still the best party to run this country. The only problem is at the moment, the opponents seem to be getting the better of the narrative and we don’t know why that is. The truth is always supposed to out but in this last week it certainly has not.

The government pays large sums of money for teams of opinion finders, and marketers. It has the Bahamas Information Services and the Broadcasting Corporation of The Bahamas to get its message out and yet it appears that it isn’t making a difference. How in the name of God can the message that bereft and destitute former employees are going to get paid; people who lost the shop leases are going to get their leases back, and contractors are going to get paid; and the hotel is going to be completed; become a negative? Only The Bahamas and its nasty politics with a bunch of idiots just screaming bloody murder and anger and disputations and invective and plain lies.

Heading that effort is the Leader of the Opposition Dr. Hubert Minnis. Not far behind him is Andre Rollins, the one man wrecking ball. Common sense is just not common. The Receivers went to the Supreme Court 22 August, asked for the agreed settlement as outlined to be accepted and that the documents to be sealed until the entire matter is finished. Then comes out of the Leader of the Opposition’s mouth an allegation that the government is involved in a secret deal.

It was a normal commercial order by a court in any similar circumstances.

Then the Leader of the Opposition in his press conference starts talking sugar honey ice tea (s.h.i.t.) about the government giving away citizenships to Chinese. Not legally possible. And even if the government were inclined to do so, it would have to come to Parliament. The assertion by Mr. Minnis is stupid on its face. It goes downhill from there.

Then laugh of all laughs for Dr. Minnis to talk about trust and people not trusting the Government. This is the fellow who got up and supported the referendum in Parliament, then did a volte face a few weeks later, encouraging people to vote their conscience. That is not the actions of someone you can trust.

In all our born days, we have never seen such stupidity and nonsense. So over in the US we have a man who is a racist and a jackass trying to get the first office in the land and here in The Bahamas we have someone who can’t get out of his own way from talking foolishness doing the same. What a stew.

Tell you what in The Bahamas, please vote PLP in the next election.