THE FNM DECONSTRUCTS THE BAHAMIAN STATE 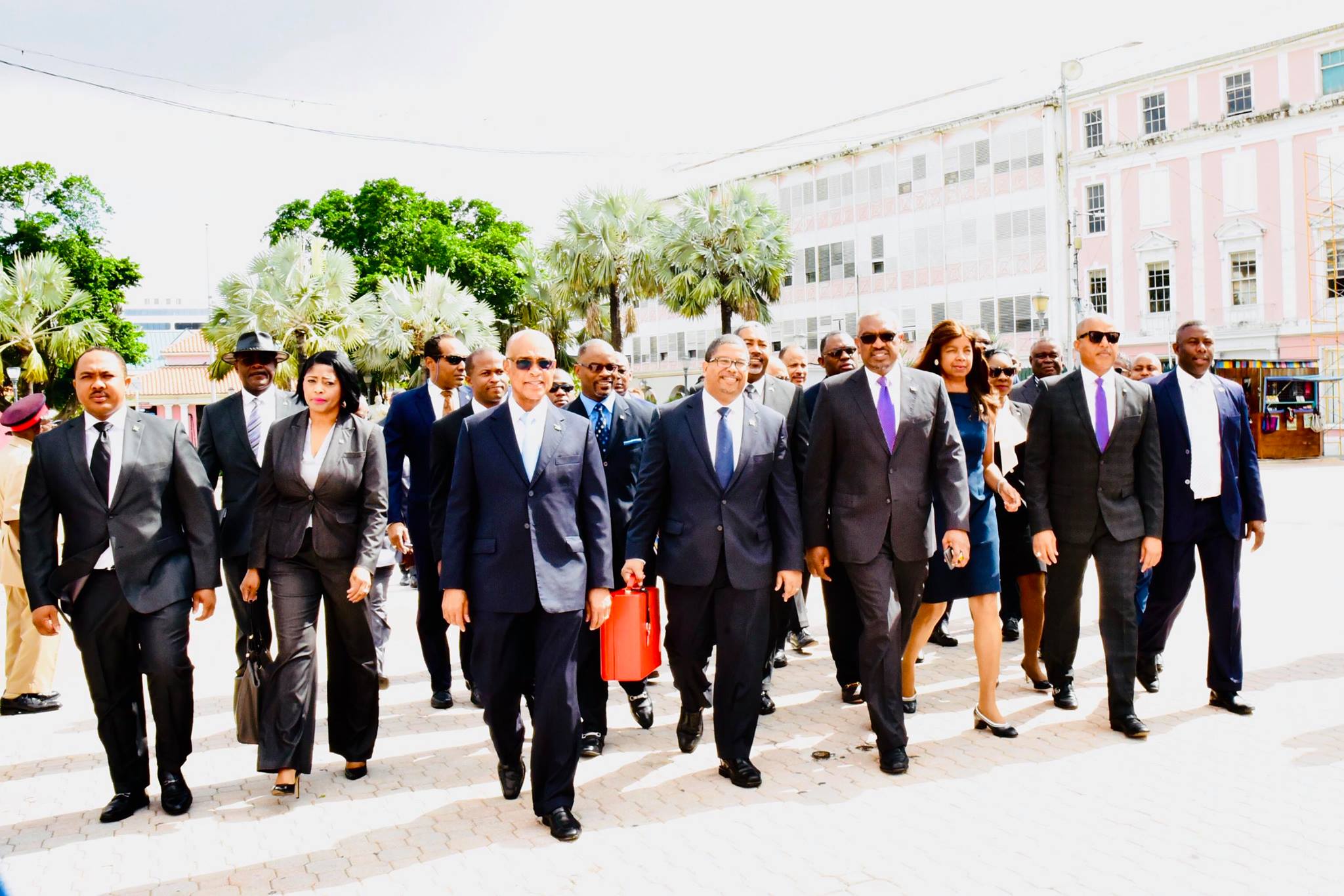 The FNM wrecking crew that runs this country. Shame on all of them.

We want to wish everyone a happy independence day.  We have managed to keep ourselves together for 45 years.  It is unfortunate that we have the Government that we have.  They have no feel for this.  They want to enjoy the fruits of other people’s labour but they are busy wrecking the very concept of a Bahamian state. Everything they do, is designed wittingly or unwittingly to deconstruct that which was   created in 1973.  Don’t mind their words, you judge them by their actions.

Within days, there will be a shocking announcement by this Government which will seek to rewrite the history of our country.  They are going to elevate the oppressor and those who opposed the creation of the state of this country to the level of those who created the state. They see nothing wrong with this.  Their view is that they are in charge and that it’s their time to create whatever havoc, come what may in this country.

Every day, it’s something new with this Government.  The people of the country are on edge.  There is buyer’s remorse but unfortunately short of a physical revolt there is not a lot they can do about it.  We are stuck with these stupid, incompetent, ignorant, ungracious people for another four years

Last week, there were the usual inexplicable decisions that show where their heart actually is.  They announced that the IAAF Relays are to be cancelled in The Bahamas.  This was a showcase for the country, free publicity and the fact that our athletes got to display their talents in their home town. This is intangible but worthy nevertheless. The Government pleaded they had no money.  They are liars.

They borrowed 1.4 billion dollars in their first year in office.  They then proceeded to pay off their friends large sums of money when those people could have withstood the need for the government to manage more effectively its cash flow.  60 million dollars reportedly went in one shot to Colina Insurance.

Two million dollars are set aside to support the education of public school children at the tertiary level.  You go figure.

They increased their travel budget by one million dollars, up from 8 million dollars.  Hubert Minnis just took 15 people with him to the Caricom meeting in Montego Bay , Jamaica.  He took 50 people with him to London for the Heads of Government meeting.  He spent 150,000 dollars putting them up there.  That’s just the room rates.  Yet they cannot find money to host these relays next year. They are worthless lairs all.

Then there was the musical chairs event with moving of Ministers around after one year in office.  Renward Wells who should not be sitting in Cabinet because of integrity issues is now to the Minister of Transport and Posts.    The former Minister is now to be the Minister for Agriculture, that is the double passport Frankie Campbell; and the worthless useless stupid woman Lanisha Rolle is to be loosed upon the youth of the country, with all her loony tune sayings and doings. She should have been fired for her disastrous anti poor campaign as social services minister. Remember to stand when she enters the room.

Where the hell did we get these people from?  They have not a lick of sense in their heads.  Dumb as jackasses.

Yet these are the people who run the country.  Step by step they are undercutting everything that was built.  They have no feel for what is right or wrong, what is national as opposed to what is   partisan political. They don’t even know what colour suit to wear and when to button your coat. Just friggin hopeless.

Everything is FNM or PLP.

That’s the state of affairs. It’s a great pity.  But we get what we deserve. Serves us right.