THE FNM LIARS WITH A STRAIGHT FACE 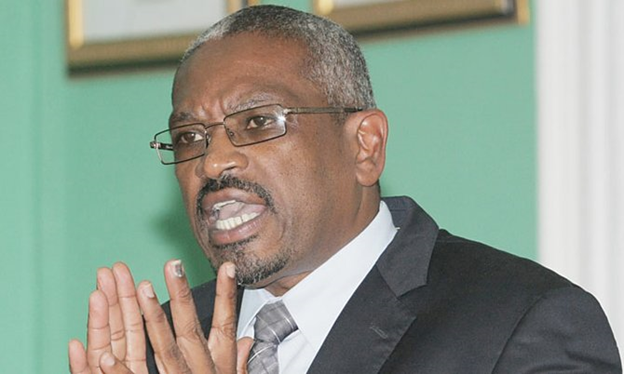 We suppose with Donald Trump in the American Office of President, we should not be surprised that we have someone in The Bahamas whose administration is known for its ability to lie with a straight face in The Bahamas. Hubert Minnis’ FNM administration is a set of liars. They are crude and untrustworthy people, who should be forced out of office as soon as possible. They are a national disgrace and embarrassment to this country. They have no moral conscience and are bankrupt of ideas.

Nothing has demonstrated this more to us than the way they gone about this business of them protecting the Financial Services Sector. They have passed two major bills which permitted them they said to sign on to treaties which would save the sector. They came to Parliament begging the PLP to allow them to pass the bills in a hurry. Both Houses of Parliament agreed with the PLP’s support except that while they were talking nice in the House and Senate, the Prime Minister savaged the PLP saying they were responsible for the financial services sector being in the condition that it is in.

The facts show otherwise. What the Minnis government said was a complete and bold faced lie. The PLP did all that was necessary to protect the sector. If anyone is to blame it is them for going on vacation for 13 weeks in the summer and doing nothing about it.

It is always the PLP’s fault something or other.

The latest is the no bid contract which they gave to Mal Jack Construction to refurbish the Stephen Dillet School which could not open on time. It was the FNM that made a hullabaloo about how they were going to do it right. How could they do that with a contractor who was not involved in a bid process and as far as the PLP knew was not qualified to get work again from the Government because of multiple failures on the company’s party? But Mal Jack is FNM connected and got the job

Now the issue comes up: how come no bid. The sanctimonious FNM who railed against no bid contracts had to explain. Guess what the Minister said in the face of the evidence to the contrary. It was the PLP’s fault. Former Minister of Education Jerome Fitzgerald said he never had anything to with it.

But the FNM, they lie, they duck and feint and blame the PLP. Those are but two examples. But no doubt the Hubert Minnis’ administration will get caught in more lies as they go on. The problem is while they are lying the country suffers.