THE FNM MOVING AGAINST MACALPINE 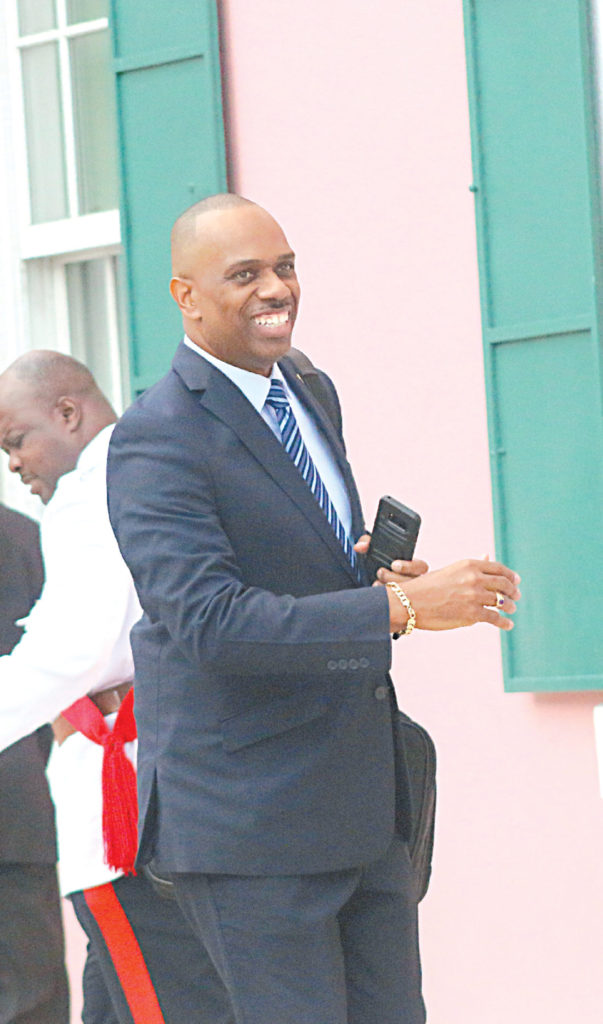 The flavour of the month is now Frederick McAlpine, who was elected as an FNM, but you wouldn’t know it from the way he has been talking over the past weeks.  If you took his words and placed them in the mouths of a PLP MP, you would not skip a beat or be surprised.

Rev. McAlpine as he is also known, having been a successful preacher over a number of decades. Has a colourful life and past history.  He started out as a PLP, the son of the right-hand man of Kendal Nottage when he was the chief of politics and MP for Freeport back in the period 1972 to 1977.  His father Freddie Senior was the Praetorian Guard for Mr. Nottage in a ruthless time in Grand Bahama politics.  The son came up then as a PLP.

Later the late Sir Lynden Pindling adopted him as he earned his stripes as a successful preacher in Grand Bahama, and as the PLP as facing dire result in 1992,  Rev. McAlpine was called upon by Pindling to make the rallying speech from the public platform for that seminal election.

Rev. McAlpine abandoned the party by the next election because he was not chosen to serve in the Senate and he joined the FNM.

He has been a hard battler for them.  He obtained a nomination to run against Dr. Michael Darville in the 2017 general election and won in the sweep of the country that took place under the Free National Movement last year.

It did not take him long though to see that this was not a comfortable place to be.  Since that time he has been scorching the earth and despite the warning from the Prime Minister that FNMs should not attack one another in public, he has said he will continue to speak out.

Last week we reported how the Chairman of the FNM Carl Culmer told him he must make up his mind.   In the words of Sir Lynden Pindling you must fish or cut bait, and if you are not going to either: get the hell out of the boat.

Into that come we now to say that the FNM has decided that they are going to go after Rev. McAlpine in their own way.  They have launched a nasty social media campaign against him, dredging up stories of alleged marital infidelity, domestic violence and every bit of salacious material that you can think of.

The problem for them is: what makes them think that this will work.  There is no chance in hell that it will have any impact on him.  This society and this age have become so immune to this stuff that no one really checks. So unless they have really found something of a criminal nature, trying that run isn’t going to help them. It appears that the country is on his side if you think about the nature of the responses that you get when he appears on the radio and the demand for him as a national speaker.

The Nassau Guardian, the newspaper, that has no business in it , got into the matter by writing a scathing editorial calling for him to either leave or be expelled from the FNM.

The FNM then said that Rev. McAlpine was angry because he had not been made a minister.

Yes the full court press is on and we suspect that for Mac it won’t make any difference and he will keep on keeping on.

There is a saying that goes when your enemies are fighting amongst themselves; you stay on the sidelines and watch.

That is the PLP’s role at the moment