THE FORMER CLERK OF THE HOUSE RESPONDS 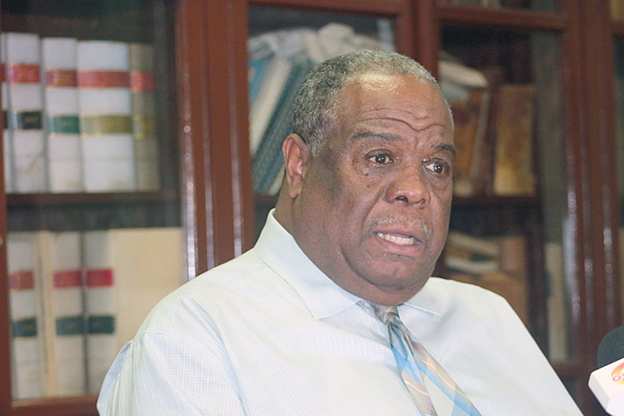 This is the response of Maurice Tynes to the broadside against him in the House of Assembly by the Speaker of The House as reported in the Nassau Guardian 8th February:

In a lengthy address from the chair, Moultrie yesterday defended his decision to last week name and suspend Englerston MP Glenys Hanna-Martin from the House.

That decision prompted a critical response from Tynes in a letter to The Nassau Guardian.

“I thought the performance by the speaker [yesterday] morning was very disgraceful and I thought he brought the dignity of the House down to a level I have never seen it before,” Tynes told The Guardian.

“I would also say that I thought that he was, in his conclusions and his comments, he was spiteful, petty and very ungracious.

“I don’t know why he would do that.

“But obviously he is insecure. He is very thin skinned and can’t take criticism.”

During his address to the House, Moultrie claimed that while he was leader of the Bahamian Freedom Alliance (BFA), Tynes would provide him with material to attack former Prime Minister Hubert Ingraham.

He added that the comments could only be coming from “a very sick mind”.

Moultrie also noted in his address that after working with Tynes during his short tenure before retirement, he was thankful for “attrition”.

“Imagine trusting, working and relying on the advice of someone who has now publicly expressed his innermost feeling and the kind of political venom directed at the speaker in the letter to the editor,” Moultrie said.

“Thank you very much, Mr. Retired Clerk, may your soul rest in peace.”

In response to this, Tynes said, “Now that is a statement that is usually used at funerals and over dead bodies.

“I don’t know if the speaker wishes me dead… but I am here in Fox Hill. He knows Fox Hill very well, because I know a place where he used to frequent. So, tell him I am here.”

Tynes insisted yesterday he was not criticizing Moultrie in his letter to the editor, but merely pointing out what he thought ought to have happened in Parliament.

“But he attacked me personally,” Tynes said.

“So from now on, I’ll be personal to him.

“…Also, what happened after his very lengthy comments, he opened the floor for members to comment, I guess to massage his oversized ego, but whatever it is I thought it was really against the norms of the House of Assembly.”

Moultrie also noted that he discovered three versions of the 2005 Rules of Procedure of the House of Assembly, and revealed that he has ordered an enquiry into “the meetings of the rules committee, the instructions given for reprinting of the rules and the source of the authority for the apparent and actual manifested differences in the published versions of the rules”.

Moultrie added that Tynes “should be more concerned with bringing clarity to this matter as opposed to being seemingly absorbed with the hope that this institution fails in his absence”.

In response to Moultrie’s claims, Tynes explained that a committee was formed at the end of 2004 to update the rules of the House, which had not been updated since 1964.

Tynes said the committee, made up of government and opposition members at the time, submitted the report to Parliament, which unanimously agreed to the resolution.

He said, in sending the draft rules to the government printing department, several printing errors were made which required the book to be reprinted.

“He made a lot of that as if there were some nefarious reasons for doing that,” Tynes said.

“His advisor in the House could have told him that those numberings were corrected when this new House came in.

“Each member of the House got a corrected copy of the rules book.

“So, I don’t know what graveyard he dug or why he dug those other versions of the rules out of the graveyard and I thought it was really, really unnecessary.”

Tynes insisted that there are not three rule books and that none of the rules that were decided by the committee were changed.

Tynes said he will officially respond to Moultrie in writing and will also get a copy of yesterday’s parliamentary proceedings to send to his Caribbean colleagues to show them the “level of speakership we have here in The Bahamas”.