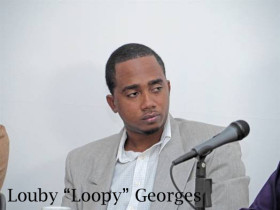 Fred Smith who seems to have a problem with balance and his fellow traveler Louby Georges, who should be called “ Loopy” Georges were both in the press last week attacking the Minister of Foreign Affairs Fred Mitchell over a statement made on Jeffery Lloyd’s radio show on Monday  10th August.  Mr. Mitchell without calling any names said that there was a report of a meeting the previous weekend in which were said things which some of his informants felt were geared toward incitement and should be checked by the police.

When the Nassau Guardian wrote the story they referred to a meeting on Saturday the 8th August.  The meeting was called by Mr. Smith and company they claimed to help Haitians learn how to integrate into Bahamian society.  No representative for the government was there or invited.  It was at this meeting that an informant to this column said that Mr. Georges said that an official of the government whom he named was to Haitians in The Bahamas like Hitler was to the Jews.  That is once again a sign of a loopy fellow, who is simply over the edge.  If it’s not true then the police will find out whether it is or it isn’t.

A few days later, the Royal Bahamas Police Force was pursuing a criminal  in the area of Gamble Heights, a subdivision in southern New Providence.  The Minister for Immigration Fred Mitchell had warned about this area for some time; asked for the shanty town to be removed; told the country that this was a den of iniquity.  No action as taken to make sure that it disappeared.  What transpired is that a Haitian grabbed the police officer’s gun and ended up being killed. The Gamble Heights neighbourhood threatened the police and damaged a police car.  This was the same neighbourhood which had immigration officers forced to withdraw when they carried out an operation there last year. 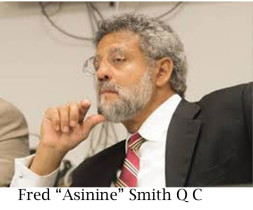 The question you have to ask yourselves is what is the matter with this country?  Why are officials so slow to act in the face of clear provocations?

Back to “Loopy” Georges.  If Mr. George’s remarks are true then it represents another step that helps Fred Smith with his asinine comment that the Minister was trying to instill fear in the community.  The fact is the Minister has a responsibility for the national security of the country.  We cannot allow this country to be Balkanized.  Too many countries have gone down that road.  Haitians who live here must integrate into the society or be expelled. That is the simple point.  These activists are simply using these meetings as a cover to organize politically so that they can take over the existing order in The Bahamas by fair means or foul.

Democratic elections are one thing but not manipulated ones.  We should not allow these people to use the words of democracy, but then use force to take the country over.  That is what must be avoided at all costs.

We hope that the police investigate this matter and that Mr. Georges has an explanation for the words reportedly spoken.  Are they true or untrue?