THE GOVERNMENT OF BUMBLERS AND BLAMERS

Shortly after the official funeral for the late Bradley Roberts, it appears that Prime Minister Hubert Minnis must have taken off for a town meeting in North Eleuthera in the Bogue settlements.  Introducing him that night as “the man of the hour” was Ellsworth Johnson, the Minister of State for Law.  Mr. Johnson who earlier had to apologize to the man for speaking out of turn about the appointment of a Chief Justice was doing his best to suck up, one supposes by introducing the Prime Minister not only as the man of the hour but as a man of “ one wife who owns his children”.  Now why would the good minister want to go there? Nasty piece of work.

This is the state of the FNM though these days. You can’t take them anywhere.  They just don’t know how to behave.

It’s a good thing that the Archbishop of The Roman Catholic Church Patrick Pinder laid down an edict that there would be no speeches at Bradley Roberts’ funeral. No doubt the Prime Minister with his propensity not to know the occasion would have said something offensive.  This is the ignominy of dying as a PLP in Opposition. You will remember that on an earlier occasion with the Governor General sitting in church the Prime Minister told the congregation how corrupt he believed her husband was.  Bumbling and stumbling and crude.

You can go on with chapter and verse but this week, we point only to Dr. Donavan Moxey, who is the new Chair of the electricity corporation known as BPL. Dr. Moxey was exercised about the fact that the Leader of the Opposition Philip Davis told the country that BPL must explain how they will defend increases of up to 70 per cent in their power bills.  Dr. Moxey responded by attacking Mr. Davis as irresponsible.

“How so?”,said the Chair of the PLP, since Dr. Moxey was the one who said that even his bill for October had increased by 60 per cent compared with the previous  month.

The PLP’s release said that he had obviously  forgotten what he had said to the press.

The general point the release of the Chairman made was these technocrats have a propensity under this FNM Government to get up in big people’s business.  Instead of sticking to keeping the lights on, he wants to get into a political argument with Brave Davis.  Know your place in life.

But it is par for the course under the FNM.  Just find someone to blame for anything that goes wrong.  The most convenient one to blame is of course the PLP. 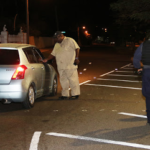