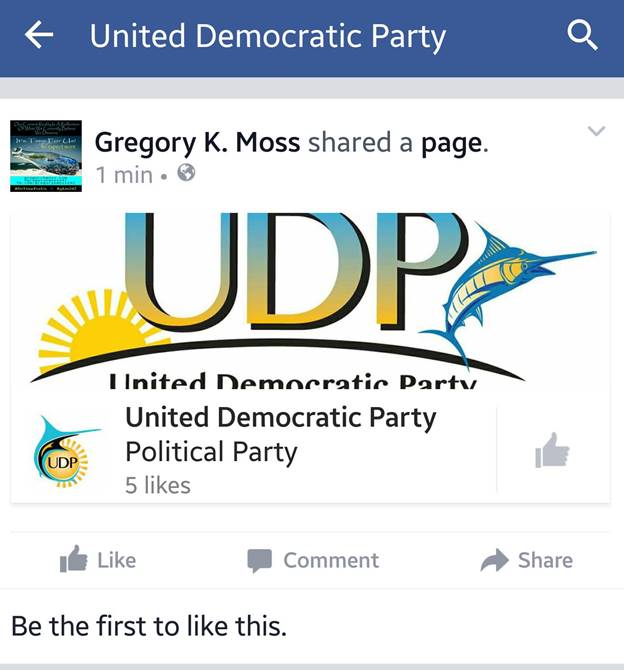 viagra buy find times;”>This showed up on the web during the past week.  Greg Moss has at last formed and announced his new party. The most notable name beside his is C Allen Johnson who will serve as Chair.  Someone wrote that with that announcement the DNA became the fourth political party, generic viagra cheap not the third because the DNA has no seats in Parliament and now the UDP does.  The history of these parties in The Bahamas does not bode well for Mr. Moss but there are often surprises in  store for us.  The female activist and would be candidate for Elizabeth in the next election as an independent trashed the new party because of Mr. Allen’s Chairmanship criticizing him as a misogynist.  Well one supposes you could be called worse things.