The Hero Syndrome By Delroy Meadows 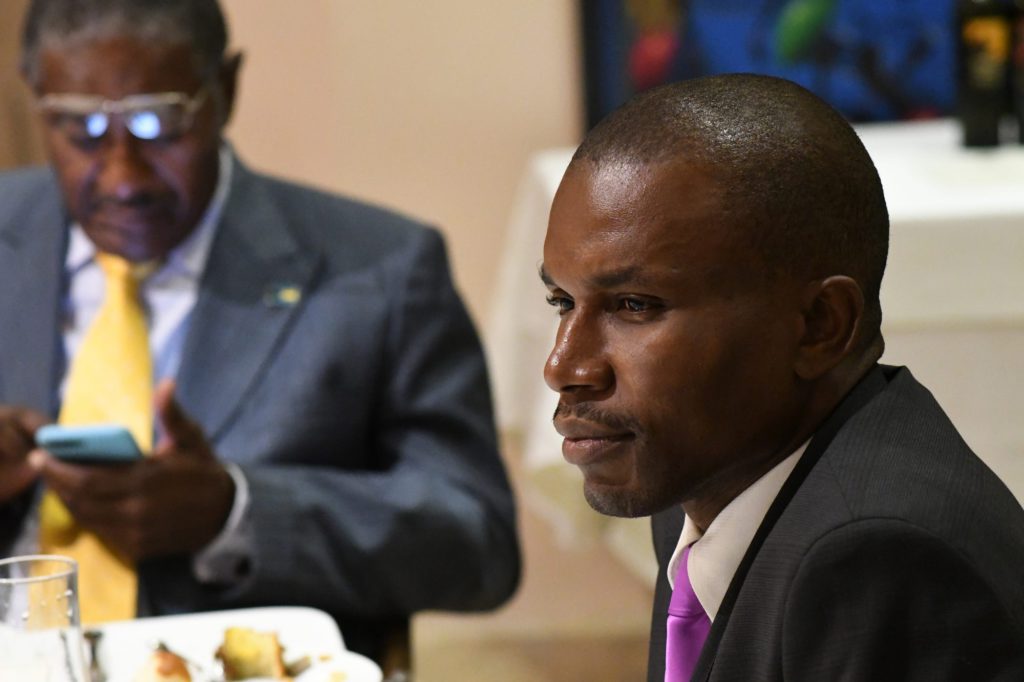 The Hero Syndrome
By

10th May 2017 has taught many of us that you can never truly predict the future.

Dr. Hubert Minnis is now Prime Minister of The Bahamas.

For a man who just six months prior to the election had been voted out as Leader of the Official Opposition in Parliament on a vote of no confidence by seven of his own party colleagues, you would have thought that was the end of his ambition. The move, however, proved fruitless and short-lived as Dr. Minnis continued on, apparently unfazed by the band of seven who all eventually were removed from their positions in the FNM party.

This was not the first time that Dr. Minnis has found his goals being challenged internally. Unflattering commentaries within the local dailies were a constant occurrence from persons within his own party, many of whom questioned his ability to lead. It was said that he was untrustworthy, lacked charisma, pace and marketability.

Eight months into his term the question now laying on the minds of many Bahamians is were Minnis’ critics right all along?

Election campaigns can be an intoxicating ride for the electorate. In desperation to score votes, candidates can sometimes amplify themselves to fit whichever profile they deem appropriate to convince the public that they are the right “man” for the job.

It is not until the dawn arrives and the sun shines through the blinds that the once punch-drunk society begin to regain consciousness to face the ugly decision made the night before.

The morning after is that point of soberness where we start to consider the important factors that should be forefront in our minds when choosing people to lead our country.

Only now as the disordered tendencies of these individuals begin to surface and present themselves openly that we scramble to revisit resumes and scan over the references in an attempt to discover who they really are.

The Man Behind the Mask

On December 22nd 2015, I sat in the gallery in the House of Assembly during the debate and subsequent voting on the Sovereign Wealth Fund Bill. The then Long Island MP Loretta Butler-Turner had begged the House to delay the voting on the bill until she had returned from an important appointment that she had previously committed to. The bill, she said was an important one to her and she didn’t want to miss participating in the vote. Both sides agreed to her plea including Dr. Minnis who looked Mrs. Turner directly in the eye and nodded his head to reassure her that they will wait for her return. It was at this time that I got a front row seat to witness for myself how honourable a word from Dr. Minnis truly is.

In what seemed to be minutes later the then-House Speaker Dr. Kendal Major decided to wrap up the debate. He turned to Dr. Minnis and asked him directly if he had any objection to putting the bills to vote. An air of silence filled the room as if God and man together had their ears fixed to hear the response that Dr. Minnis would give. The then Leader of the Opposition and now Prime Minister of the Bahamas answered “No”.

It was Gregory Moss, the then MP for Marco City, who stood to his feet in objection, intervening on behalf of Mrs. Turner for what he felt was a troubling turn of events. He asked the Speaker to hold the vote until Mrs. Turner returned. The Speaker agreed with Mr. Moss and withheld voting on the bill.

A Matter of Trust

They say when you want to find out about someone just ask their friends.

When asked by the Nassau Guardian “who he thinks the real Minnis is”. Then FNM MP for South and Central Abaco, Edison Key replied, “The real Minnis is a very deceptive person. He doesn’t know what he’s doing. He has no experience. You look at it now, Neko, a senior person in the FNM, who has been minister of works, gone. Look at Chippie, gone; Lightbourn, gone; Neilly, gone.”

Dr. Minnis has already begun to prove his former colleagues right. Just months into his coming to office he has reneged on his previous promise not to increase the pay of Members of Parliament during a struggling economy. He also said he was “cutting cost” by cancelling contracts exceeding $100,000 per year. Less than five months later the public learnt that Dr. Minnis was doing the exact opposite.

In November of last year when confronted by the press about questions surrounding the portfolio change to one of his own cabinet members, Dr. Minnis denied any knowledge of the same and dismissed it as “fake news”. The Gazette document was later found to be real and authorized by the Prime Minister himself.

Into this New Year, we are continuing to see Bahamians stripped of their livelihood by the Government for no apparent reason. Any right-thinking citizen would be a fool to believe any excuse given by Dr. Minnis for these mass terminations when taking into account every shaky truth he has told so far.

The Hero Syndrome
What’s more troubling is the emergence of what appears to be a Hero Syndrome within the Minnis administration. The psychology behind this is that those who feel inadequate about their skills anxiously try to prove themselves worthy by creating a multitude of problems where none previously existed in an effort to convince the public that they are working. They then fly in like Superman to save the day.

The results of this have seen grown men televised and hauled before the courts for a missing fire hydrant and a truck of asphalt.

We’ve seen matters that could have been resolved internally at various Government departments, prematurely brought to the media’s attention in what can only be an attempt to amplify the image of those who now hold the chair. All this at the expense and tarnishing of many long-held, professional reputations of Bahamians working in these areas.

Anyone looking from the outside since this administration came to power would believe that The Bahamas was the most corrupt nation in the world. Dr. Minnis is further driving this narrative home by his recent announcement of an “Anti-Corruption” trip to Singapore.

How corrupt a nation can we be that it would warrant our Prime Minister to travel to the other side of the world for advice from a nearly theocratic government? A country whom to this day still whip their people into submission? What is Dr. Minnis looking for? Sharia law?

There are many factors that contribute to a corrupt society. One of those factors includes dishonest leaders who don’t keep their word.

No country is perfect. If you dig deep enough into rose you’ll eventually find a stench.

Balance, discernment and honesty are attributes of good leadership.

I pray Bahamians remain vigilant over the coming months and be perceptive about every intention of this new administration.

Don’t be distracted by the noise and talk but keep your eyes fixed on their performance. Ask yourself how has your quality of living improved thus far? What we are feeling on the ground is the only truth that we can rely on.

PrevPreviousMINNIS: THE FAILURE OF THE DOG AND PONY SHOW
NextCongratulations To Bradley Demeritte, Father of the Bride, BradiaNext