THE MARCH FOR FREEDOM 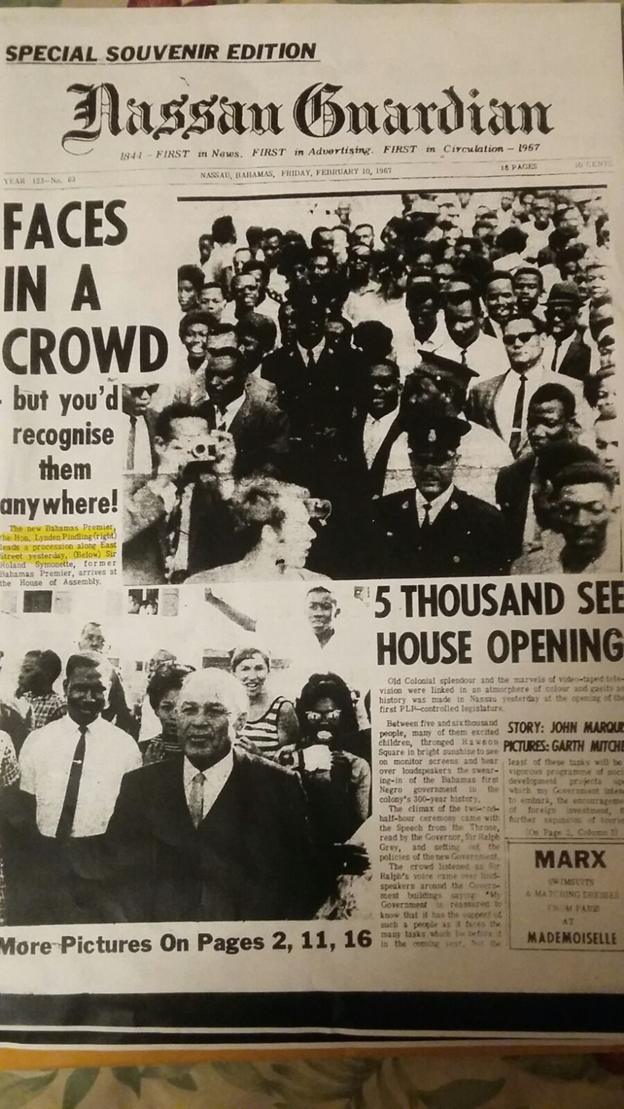 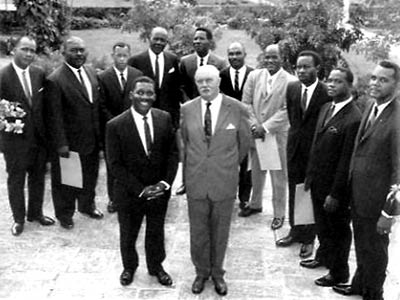 The state opening of Parliament in 1967 took place on 9th February.  That was the first time that a government led by Black men and women was holding the reins of power in the House of Assembly since its history as an Assembly began in 1729.  The irony of that in retrospect is that while the PLP was defeated in terms of the number of seats and won the popular vote in 1962 with the UBP wining the majority of the seats, but for the support of the Labour party, the PLP was in a minority position in terms of votes.  However, given the first past the post system, the PLP prevailed and the rest is history.

The photograph above shows the change that it brought in stark relief.  The previous Cabinet had been all white.  The new Cabinet was all black.  It was a joyous occasion.  The Black American press hailed the day as an historic day for the people of The Bahamas and indeed it was.

The new Premier as he was then called Lynden Pindling did not want to forget his roots.  Within days of winning the general election, he announced on the radio that he would be returning to East Street and walk its length to thank the people for their support.  He was able to do that on 9th February 1967 just after the House adjourned from its formal sitting.

Niki Kelly who is now a columnist for The Punch was then a writer for The Tribune.  She wrote the story of how Mr. Pindling as he then was left the House of Assembly and proceeded down the road by foot to East Street to greet the people, and he walked the entire length of East Street.  The throngs appeared with him and greeted him.  One of his first stops was that of his parent’s home and his father and mother were both there to greet him.

The Progressive Liberal Party will seek to lead a replication of that march on 9th February, fifty years after the historic election, by walking the length of East Street and processing up East Street from Windsor Park, to Bay Street, and to the Southern Recreation Grounds.  All PLPS and people of goodwill should attend.

It is not a PLP march but a march to commemorate the joyous and historic occasion that took place fifty years ago, when for the first time a government based on universal adult suffrage provided a government of the majority.  It was an end to a racial monopoly on power in The Bahamas.  It was a new beginning.