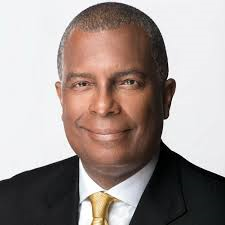 This is the fifth statement issued by the PLP refuting false assertions by the Nassau Guardian.  The Guardian refuses to publish the rebuttals:

From The office Of The Chairman Of The PLP

We again on go on record as objecting to the tendentious, illogical editorial of the Nassau Guardian this morning in answer to the Leader of the Opposition’s statements on crime yesterday. The Nassau Guardian continues with its illogical commentary and propaganda as if they are an FNM machine.

This is objection number five that we have given to illogical Guardian or Freeport News editorials. Shamelessly, they have refused to publish any of our replies.

We continue to question why when it comes to a discussion on crime the Nassau Guardian has a blind spot.

The thrust of The Guardian’s objection to the Leader of the Opposition’s intervention is that this is an odd time to do so and that the PLP has “no credibility” on crime.

Firstly, there is no odd time to do the right thing.

Secondly, there were three murders in usually peaceful Grand Bahama in the first week of the year. The FNM that had all the answers in last year’s campaign had none for this, except to say in effect “don’t worry be happy, all is well”.

Cleary, all is not well.

Thirdly, the Prime Minister said the country was calm and crime was down so he could turn his attention to the economy. The United States Embassy obviously had a different view and issued an advisory against the economic heart of our tourism trade “the Fish Fry”. It turns out that the Vendors had warned the Government of the issues there last summer and were ignored.

So in the face of all of that the Nassau Guardian says the PLP must remain silent and say nothing because the PLP has a credibility problem on crime. Really!

The greater credibility problem is that of the Nassau Guardian and its unethical behaviour.

Nassau Guardian: “Who did you say has a credibility problem?” We assure you that it’s not the PLP.