THE PASSING OF GEORGE COX 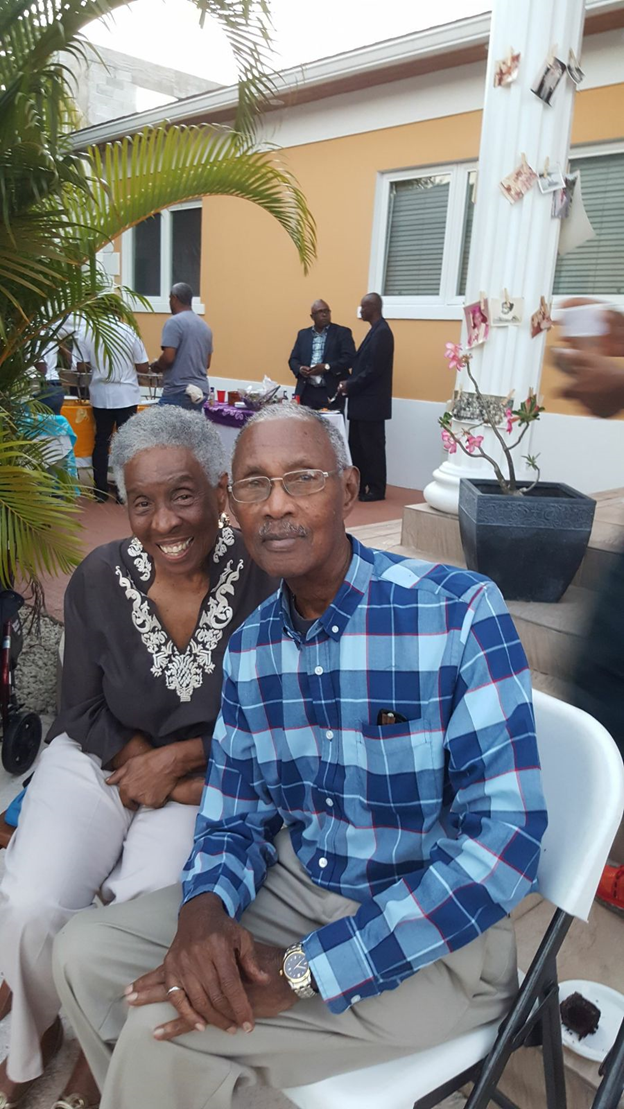 If you were born in the 1950s 1960s and 1970s, maybe even the 1980s, and a stranger asked you to name the Bahamian couple who epitomized panache, grace, class, quiet elegance, unobtrusive good sense, beauty and serenity, a good marriage, great professionals, a perfect family, you would think of Georgie and Setella Cox.  He was an engineer by profession, the premier engineer of his age. having graduated from the McGill University in Canada way back in 1956.  If you wanted something thoroughly designed and built and secure then you went to George Cox.  That was it.

Setella was as an accountant, not the certified kind, but she could keep your books. But what was more important was in the civic life of the country she was the ultimate social hostess. She knew the etiquette of these things.  She could knock together a party, a gathering, a lunch, a sit down and everything seemed just righty and in place.

To be sure there were many others in that day who could fit that bill but with the passing of George Cox and his burial in St Anselm’s Churchyard on Wednesday 28 March, this brings to mind the thought.

If you looked around the church and the generation that was represented there:  yes there were a few of his contemporaries, very few.  He was after all 87. One of them was former Governor General Arthur Hanna now 90 years old.  But Sir Orville Turnquest for example was missing.

In the main it was the people in the next generation who are now leaders of the country who were there. In other words, the generation that would have known him as boys and girls and set their eyes on his heights.  The Ministers of the Government, the leading professionals now at the top of their careers, the social leading lights of the country.  The service was calm and peaceful, ruthlessly efficient and clean in that Roman Catholic way, neat lines, with the sense that there was being buried a man who had capped in dying peacefully at home a life well lived. He was well loved and appreciated by the society in which was raised, having fulfilled all the ambitions the society had expected of him and then some.

George Cox was raised by a single mother, Pearl Cox.  Mrs Cox was widowed for 43 years.  Her husband died when he was in his fifties and Georgie was only 16 years old.  That tells you.  Dare to struggle, dare to win.  Despite that he ended up on the top of heap.  He never seemed bothered by anything.  When you asked his professional judgement, he gave it straight and dispassionately. He was simply a wonderful man and a good example of Bahamian manhood.

By his side was Setella Cox. She was at the centre of his life.   She had scores of godchildren.  They had one son of their own: the artist John Cox who came very late in their married life and was showered with all the love and affection that they could muster and afford.  You see how he turned out, a talented self-assured young man himself.

After the funeral, the younger men, by comparison to Georgie of course, but they themselves knocking at 60s door, were standing around and reminiscing and looked at the multitude of Bahamians assembled in the churchyard.  They remembered George Cox, his home when it was built in Dan Nottage estates designed by the architect Ray Nathaniels, was thought to be the quintessence of style, class and cutting edge design.  No one had ever seen a house like that for a black couple.

It made sense because Setella had grown up in Chippingham, daughter of the builder Eddie Dillet.  They had as a couple stayed with Eddie in his home early in their marriage; a home with its secret places and dormo windows and stairways and the new house seemed to capture that spirit as it stood on top of the hill and they surrounded the new house with pigeon plum trees and kept the local foliage.

Then came the lament, has our society so changed that this does not exist anymore.

When the PLP started its struggle to power in 1953 with Lynden Pindling taking over in 1956 at the age of 26 at the helm and Marguerite at his side, George and Setella Cox had to be the kind of couple that the PLP dreamed of being the example of what Black Bahamians would become in their own country.

The PLP did it.

George and Setella Cox were not a political couple and we share this example in this column to all their friends and family as we say farewell, because that is what we believe The Bahamas should be… that couple, that example, that life, that shining beacon of success and quiet brave endurance that comes with a perfect love.

Rest in peace Georgie and Setella.  To God be the glory.