These are great days to be in “The Peanut Gallery”. The field is ripe for commentary on all the poo poo that’s happening in the country that’s caught the attention and imagination of the social media public. Social media is one of the political battle grounds in this country and make no mistake, it’s a rich source of getting a sense of what is the mood of the people. So let us begin with this week from The Peanut Gallery.

THE WE MARCH MAN SAYS HE’S AN INDEPENDENT SENATOR 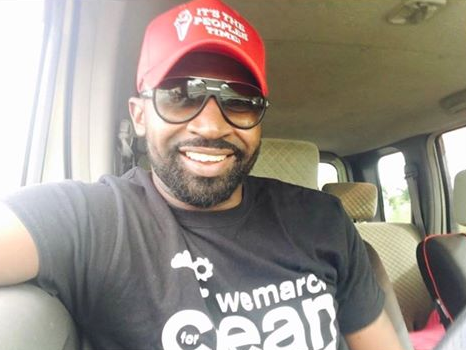 10 Months into what is the disaster known as the Hubert Minnis administration, or as uncle Dodie calls it, “Misadministration”, you can pick, choose and refuse examples of the prime minister’s incompetence, dumbness and petty indifference to anything resembling good governance. More on this later. Every week it’s something new. And you know what they say. When the going get’s tough, the tough get going. In the case of the We March Man, the Gallery prefers to say it this way. When the going get’s tough, the We March Man starts to back up. Appearing on Adrian Francis’s bandaid online show, the We March Man tried to say he is an independent Senator. Patricia Minnis’s good cousin, the man in the who took this photo to show the teeth of the wolf while dressed as a sheep insists he is independent. Nothing could be further from the truth and even his own followers are pulling no punches on his lily-livered-wussiness. You are what you are We March Man. You got your blue plate as a true true FNM and a part of the campaign and no matter what grandiose pose you put on, the Peanut Gallery will always go back to this. You Rock with Doc so shut your ass up and get rolled with him too as he get’s his ass wailed.

THE CROOK, THE SALESMAN AND THE FOOD TASTER
You’ve read already above about the Oban Energies scandal that “Misadministration” proudly dumped in our laps on national TV when he went fishing on the moon for something to call his own. The minute that pen hit the paper, our chief mental midget of a PM was hooked up big time in the most bizarrely stinky scam brewing this side of the Florida Straights. You have a twice caught crook who, on looks alone could have told you something fishy was up. It looked like Peter Kreiger was trying to hold back his “can you believe these dumb schmucks went for it” guffaw as he sat next to the over the moon fisherman and signed a heads of agreement that everybody is now calling “ceremonial”. There was nothing ceremonial when the cameras of the Guardian and the conscience of someone in that newsroom noticed what was signed and everyone started asking “who the bleep is Satpal Dhunna and why is doughboy signing his name?” Even the mini skirt started in. As if Kreiger’s two strikes weren’t enough, now and forever more, we now have tape of the man sitting and signing someone else’s name on a document that has us locked in to a deal that most of the FNM’s own are calling to be scrapped. It was a deal so bad that the We March Man felt a twitch of fear long enough to pull his lips from “Misadministration’s” backside. So that’s The Crook. 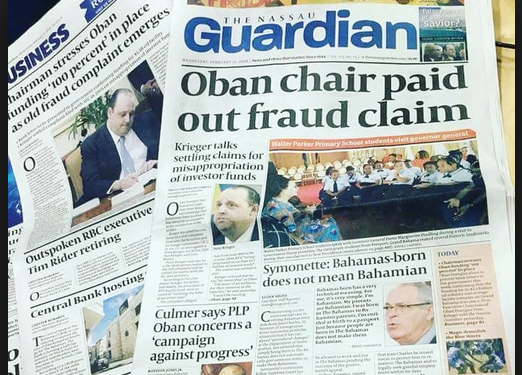 Satpal Dhunna, or “Mystery Man” could not be bothered to be in The Bahamas to sign a $5.5 Billion Heads of Agreement with “Misadministration”. He had something better to do. Maybe he was still trying to get that vacation pay to go with his $150,000 severance pay because he didn’t make enough calls at his old job. Well, he’s in the big time now because they got a big tuna on the line with this Oban deal and a government to full of pride and political fear to admit that they picked up the shit Perry Christie scraped off his shoes when this group came calling the first time. But “Misadministration” was quick to bring up the PLP when it became clear that only a moon fisherman would jump in bed and lock the door with a mess like this. Dhunna may be the smartest one in the story because at least he stayed away, assuming that he’s really involved and Kreiger may be a Nigerian scammer since his US cover was blown. 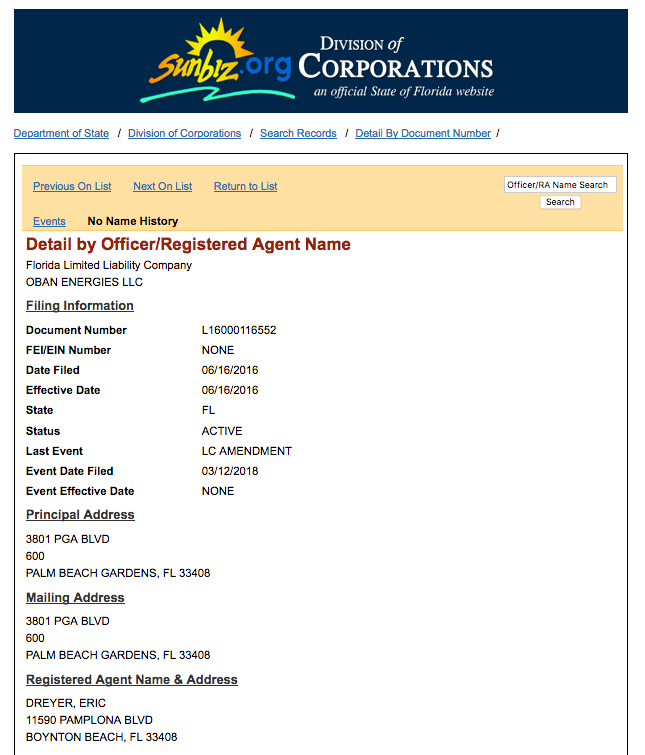 Then you have this guy, Eric Dreyer. The Peanut Gallery presents exhibit A. The State of Florida lists Deyer as the “Registered Agent” and “MGR” for Oban Energies LLC. The records show the company was just formed less than two years ago, no doubt in time to come and present their proposal to the PLP government at the time. “MGR” is short for Manager so Eric is the on the ground man, the man who knows how to run the oil refinery they plan to build with the blessings of “Misadministration”. Well well well. 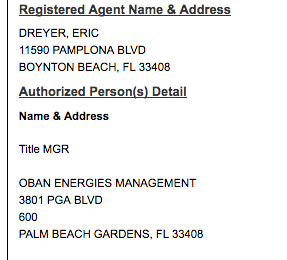 Facebook Detectives don’t play and the Peanut Gallery came across this entry posted on the massive HeadKnowles group. That’s Eric. Eric is a University of Florida graduate with a Masters of Science advance degree in Food Science. Eric judges beer. Eric used to run the lab that tells potato chip companies how much MSG to put to make it taste like BBQ. In his spare time, Eric makes beer in his bathtub. Eric is really good at it too. He’s the “Golden Boy” of bathtub beer. He judges beer competitions. He’s also one of the principals in a $5.5 billion oil refinery with the Bahamian government signed by “Misadministration” that has the whole country locked in. Thank Facebook for that. The Peanut Gallery cannot make this shit up in a million years. 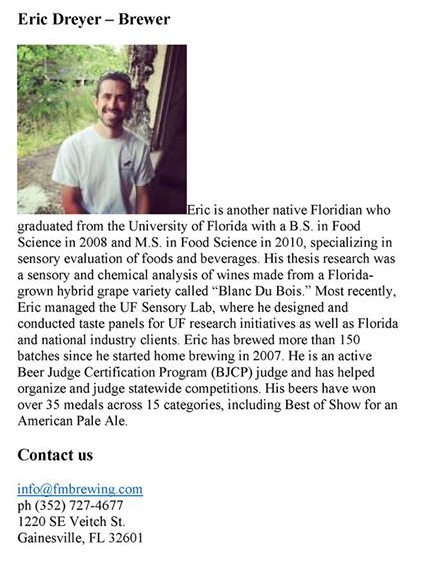 So, that is the trio that’s on the other side of Misadministration’s moon fishing line. Candia The Skirt may salvage some professional dignity and help pry open the eyes of the thousands too ashamed to admit that they threw in their lot with man who sits in the PM’s chair for the moment.

GOT GOUT AND A BIG MOUTH
Shame on The Peanut Gallery for finding this funny but to see Omar Archer, the nutcase who’s ego is supposed only by his stupidity, sitting on a bench with his feet all swollen from gout as his “thousand man march occupy Bay Street” fizzled into a few dozen malcontents who were on the FNM campaign payroll just months ago is very funny to us. We guess all that Rocking with Doc was too hard on his feet. Well, we have another rhyme for you. Omar and Bannister and the rest are stuck and out of luck because Misadministration is on the moon fishing.

For all the talk about thousands showing up and all the noise about being “for the people” when everyone and their ma knew Omar was a paid tool, to see that the public isn’t buying his pretend nationalist routine was funny and encouraging too. Bahamians are funny people. We will never admit that we voted in big numbers for fools based on lies and greed. We just won’t show up the next time you call. Ask Omar Archer about that if you find him out there still occupying that bench. The Peanut Gallery is betting that he went home to ice his foot down and drink some Noni.

BEST IN SHOW
And finally, for our initial post, here are some of the best comments on Facebook for the week that was.

On Senator Sunglasses suddenly declaring that he is independent…

Another one wises up to the truth about “Misadministration”

And finally, look how they long for the good “old” days of having a Prime Minister that, even if he talked too much, took too long to do things and stayed too long in the chair, will never be considered a dummy. Until next time, from the Peanut Gallery, we say good bye.