( Editor’s note: The writer is the former Director of News for the Broadcasting Corporation of The Bahamas and is now seconded to the Ministry of Agriculture)

Post Two from my jaunt to the store this morning.

So I walk into the store and realize I have no reusable bags and will have to buy some. I speak to the manager and she gives me all the info I need. I shop then I get to the cashier.

I say “good morning.” Mind you, this was around 8 so I may have been her first customer for all I know. Three packing boys and a shelf man were at the end of the counter. I’m not sure if the cashier even replied to me but I ask “Do you have bags I can buy?”She says in the dryest most disinterested way “plastic or reusable?” to which I replied”I’m not buying plastic”. So she says “so you want reusables? You know you have to pay for them right?”

Um yeah. I don’t expect you to give them to me for free. The packing boys snicker in the back ground. As I took the rest of the stuff out the cart, the cashier, who is not smiling for Jesus, suddenly stops the conveyer and says “its not working can you push your stuff down.”

Now I realized she was being salty and i also realized that she just turned the belt off so I continue to put my stuff on the counter, not touching the freezer bag I picked up that was inches away from her. She pauses as I put my stuff on the counter. The shelf Man looks at her and says in his Jamaican accent, ‘pull the stuff over man’. She gives him a look so now I know for sure it’s a battle of wills. I ask “are you upset about me asking for bags knowing that I’m buying them? Don’t be. I’m a customer. If anything, you should be trying actively to sell these bags to anyone who comes in because they’re not expensive at all.” She sucks her teeth. The shelf Man pulls my stuff to the scanner and she scans while steadfastly avoiding making any kind of eye contact with me. I say to her “I’ll take 10 of those reusable bags please.””10?” she asks. “10.” She mumbles under her breath and looks away.

At this point, I’m determined to look this woman in the face to at least see if she recognizes she’s in customer service. When she’s done, the packers start to put my stuff in the freezer bag and I tell them hold on, put my stuff where they belong. To everyone’s shock, the cashier picks up a couple of the bags then just walks off. Mind you, she’s already gotten my money but hasn’t given me change or anything. She just walked off.

The shelf Man shakes his head and says “she can’t be serious man. She just walk off without a word to the customer”.  He apologized then turns to the packers. “These people pay our salary. He is the king. You can’t bring your attitude and treat him like that.”I say to him, thanks but don’t worry. I’ll find out what the problem is when she returns.”He says to me “don’t bother. She had stink attitude all morning because she came to work late and they’re docking her salary. That’s small things though. plenty people out there who don’t even have a job to go to in this new year. Man, one man lost his life last night. Life too short.”  I realized that while he was speaking to me, he was really preaching to the packers.

So the lady comes back with my bags and my change. The Shelf man asks her where did she go. She says to get more bags. He says you should tell the man that. I say it’s okay then turn to her. “Miss, l only came to buy some bags and my groceries. I promise you, you’re going to have more customers today and many won’t be as laid back about your vibe than I am. Work it out in your mind because your energy is going to affect everyone you interact with today. How your day started does not need to be how it will end. Rise up.” She looked at me for the first time eye to eye. I said to her “Thank you. Now smile. Someone will appreciate it even if you don’t say anything.”

She smiles. The shelf man says “see, that wasn’t too bad right?” He turns back to the boys and says “you gotta know how your face fix because a screw face will get the same thing back same way a smile brings a smile back. what one better?” “The smile” they say. I tell the lady “have a better day” and she says ‘Thanks. You do too”.  I believe I did. 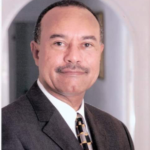 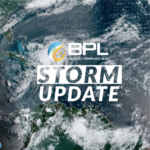 Bahamas Power And Light: The Biggest Joke Of The Storm 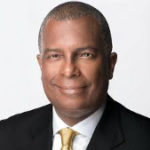 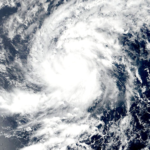 MINNIS: THE STORM IS COMING 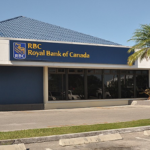 WHAT THE HELL IS IT WITH THE BANKS IN THIS COUNTRY? 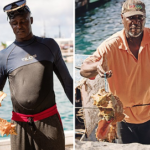