viagra sales store times;”>(Whatever are we gonna do with Andre Rollins?) 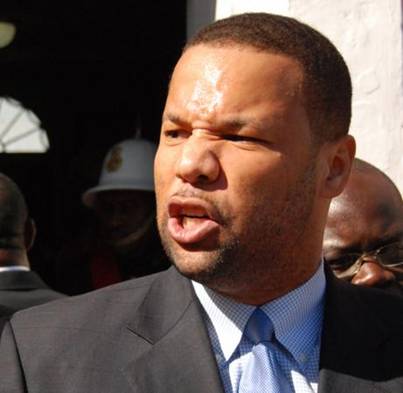 The Progressive Liberal Party and its supporters are fond of complaining that they, sales their party, have a public relations
problem.  By that they mean that  the party is doing such wonderful works for the country, like reducing the deficit,  work in immigration, the upgrade of the Defence Force fleet, Urban Renewal, the Bahamar project, Albany, Baker’s Bay, Bimini Bay and February Point, reform of the gaming laws to permit numbers to be legal for the first time in history.  If only the PLP could get its public relations right they argue, everything would be more or less on even keel with the public.

How many times have we got to hear the imploring of PLP leaders past and present talking about how much they have done for the business community and the white community and the middle class community and how it does not seem that  this stops Dionysio D’Aguilar, the  Abaco Markets Chair et al from sounding off negatively in the press about the PLP.  None of the doom and gloom predicted by the business community about VAT and its implementation came to pass for example, yet not one word of praise, no appreciation at all for rescuing the country’s finances.  Instead all you could hear was the din, din , din of  the poor and dispossessed saying how they were disadvantaged by the tax.  The rich were silent. Damning the PLP with faint praise.

The point we make here is that the PLP is appealing to the wrong group, perhaps.

To put it bluntly and in short, the PLP is wasting its time trying to appease them.  There will be no peace in their time.  The lament of the PLP about poor public relations, if what is meant by that is spreading the good news to those who are opposed to the PLP, then that is an idle lament.

Our argument is the PLP has a more profound public relations problem and that is amongst its own supporters.

Some facts as we see them.  The PLP won the general election with 47 per cent of the popular vote.  That means that  you started off with 53 per cent of the people opposing the PLP.  Disaggregated that means that 45 per cent vote for the FNM and 8 per cent voted for the DNA.  The simple mathematical and  fact of physics is that 53  per cent can make more noise than 47 per cent.  That is magnified when you  note the fact that amongst the 53 per cent are the owners and writers in newspapers and radio and television.  What then do you expect but a public relations problem?

In the meantime while all the PLP’s resources, emotional energy and finances are being spent trying to convince the 53 per cent, who is it that goes wanting.  The 47 per cent are left twisting in the wind with the perception that you take them for granted.  For that group, it is not public relations they are interested in.  They voted for  the PLP because they thought that things would change for poor people and their children.  They voted for  reform of the command of the Royal Bahamas Defence Force.  They voted for National Health Insurance and mortgage relief.  They voted for access of their children to scholarships and jobs.  A lot of that has been done but the question they ask: is given the resources of the country, has there really been a Herculean effort to change the paradigm as Minister of Transport Glenys Hanna Martin likes to say so that they can see real change?

For us that would mean something similar to what the Mayor of Atlanta did when he knew crime was his biggest problem.  He simply bit the bullet and reallocated 100 million dollars and said that he would spend it on stopping crime and he did.

So the PLP’s real problem is amongst its base.  With the general election coming in 24 months, with the third anniversary of that unlikely win in 2012 fast approaching, it has a very short window and an almost impossible task to reorient its focus.  It must encourage the pretty boy to keep in the race and compete for Prime Minister with Hubert Minnis.  It must at the same time  do what is normal in the public service and hire the quota that is necessary to replace   those who retire every year.  New additions to the service will keep it alive and settle the base.  It needs to strengthen its branch machinery and use that to tell the story with the skillful use of social media from which most people get their news.  The talk is only 10 per cent of the population read the newspapers, the question is again why waste time on what the newspapers are saying?  During Pindling’s time they always predicted he would lose and in the end he beat them.  There is a lesson in that.

When Andre Rollins embarrassed the PLP last week by moving the motion to investigate the Rubis oil spill,   you can see from the  press rushes that followed that it was a put up job designed to do just that.  The FNM, the press all piled on the next day, pillorying the PLP MPs, asking them why they voted no.  The PLP has yet to supply an answer to  its own base, that left a vacuum of opinion and the base judging from the closed groups on Facebook and What’s App decided to accept the narrative of the FNM.  Now that is the real public relations problem. The base itself can hear no story from its own leaders, not through the filtered lenses of a biased press but directly from their lips to their ears.