The PLP’s Team in the House

(Photos by Peter Ramsay of the Bahamas Information Services) 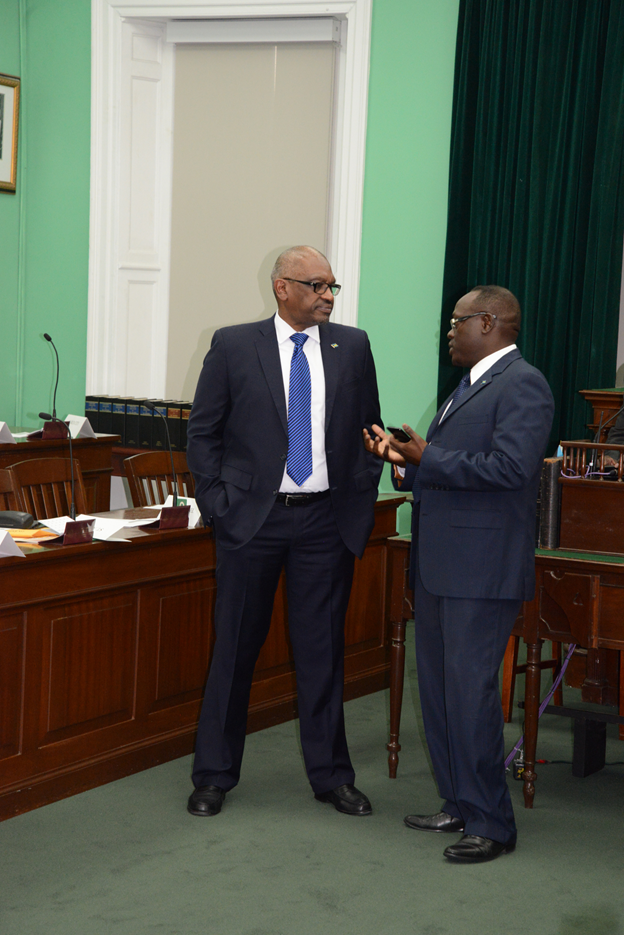 Chester Cooper MP talks to Prime Minister Hubert Minnis at the House of Assembly on its resumed date 13 September after a whole summer in recess.  No substantive business was conducted. Just a communication on the hurricane then, business ended and to resume on 20 September. 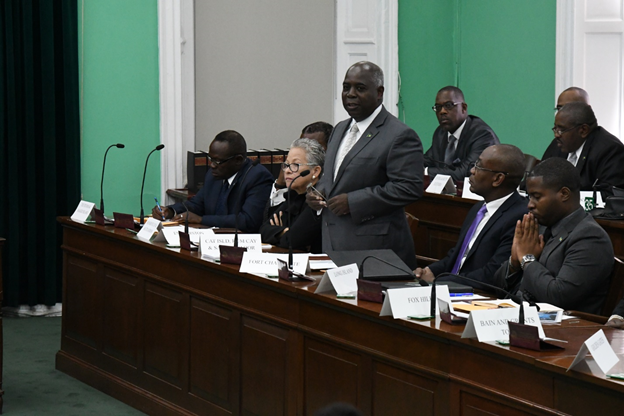 The PLP’s team in the first four seats with Leader of the Opposition Philip Davis on his feet to the far left Chester Cooper MP Exuma and Ragged Island, Picewell Forbes, South and Central Andros and Glenys Hanna Martin MP Englerston.  The photo was taken on 13 September.  Philip Davis asked the Government what did they get from the hurricane insurance that they paid for and how much did they pay?