The Quizzical Mr. Rollins In The House 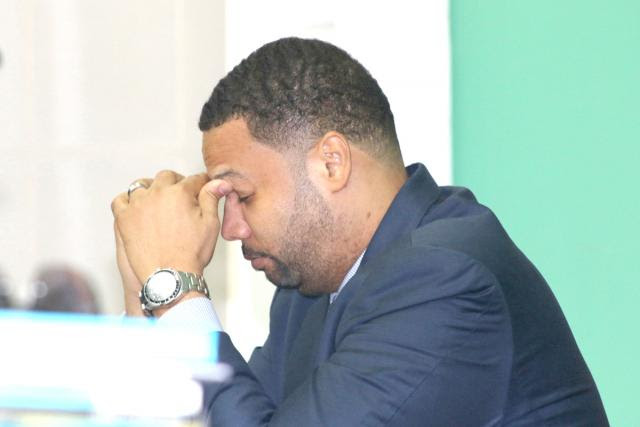 generic cialis sovaldi times;”>We present this commentary about Andre Rollins who was taught a lesson about how not to behave by Fred Mitchell MP in the House of Assembly on Wednesday 24th February.  Mr. Rollins tried to assert his case that Fred Mitchell had acted above the law.  Instead he came off as at best unprepared and at worst just plain dumb.  It was very sad.  Alfred Gray MP got into the mix as well when Dr. Rollins accused him of interfering with the judiciary.   He ended up telling Dr. Rollins to go to hell, to meet him outside, putting up his fists and then as he sat down said to Dr. Rollins : “with your slack head”. He said that the slap by Loretta Butler Turner MP for Long Island had certainly loosened a few more screws.  Our guest commentary appears below:

The Free National Movement has much to consider as the months draw near to the next General Elections.

Hubert Minnis’ decision to accept Andre Rollins into his party, for whatever reason has done irreparable damage to a once vibrant political institution.

On last Wednesday’s sitting of the House of Assembly an ill-prepared and ill-advised Rollins attempted to attack the integrity of senior cabinet members with misinformed ramblings that could only be described in one word: ‘sad’.

As Rollins ran on and on in high and low tones no one, not even those on his side can say that they understood a word he said or that they got his point. It was an embarrassing moment for the official opposition.

For the full thirty minutes of his contribution those seated in the House of Assembly hung their heads in shame as Rollins fell apart in his speech.

If you’ve ever heard the song “Tic toc” by Trinidadian reggae artist ‘Salty’ that about sums up the quality of Rollin’s house contribution; totally incoherent.

Mitchell, one of whom he was attempting to attack, in a kind gesture of mercy sought to assist Rollins with some of the issues that he was trying to address (all of which were dead stories long resolved and forgotten by the press and general public).

In the end it was a wasted thread of one-liners and rotten bait set on a rusty hook that found no fish.

Rollins sat staring at the window while Minnis slapped his hands on the desk tirelessly in a naïve show of support for the nothingness that just took place.  No one on his side joined Minnis is his celebration. Not even his deputy.

How did the FNM come to this?

When Rollins resigned from the PLP in June 2015, the Free National Movement had sufficient knowledge concerning the rouge MP to be well-informed to leave well alone. Rollins had been a thorn in the PLP’s side for some time and they were elated to finally see the back of him.

Why Minnis would seek to take on such an obvious burden is a Rubik’s cube question that could only be answered by Minnis himself.

However what is clear is the fact that Rollins has added no value to the FNM but has only created confusion and strife among party members, many of whom are very intelligent, upstanding people who know their party politics.

There are no arguments that can be made by Minnis to justify Rollins’ presence within the Free National Movement. There are Torchbearers who are much more informed than he is. Yet Rollins has been given the role of shadow Minister of National Security and does not have a clue of how to present a simple statement on crime.

If Minnis seeks to surround himself with protection against what he assumes to be threats within his own party he’s doing a poor job at it. Rollins is no protection. He is a laughingstock, and an embarrassment to both sides.

Rollins is the party crasher who got into the PLP and FNM with a fake ID.

While the Progressive Liberal Party is working, trying to implement legislation and policies that it sees fit to better the lives of Bahamians, the FNM is looking more and more like the scrap group that the PLP Chairman described. No one can deny this.

Hubert Minnis is taking all the fun out of Bahamian politics. He allowing his party to be ransacked by opportunistic wannabe politicians who have yet to even earn the right in their own constituencies to be called honorable members.

Every democracy needs viable opposition and it appears that the FNM (under the leadership of Hubert Minnis) is allowing itself to sink beyond the point of no return.

Those who are concerned about the future of the Free National Movement needs to have a strong word with its Leader who, if allowed to go further in his rampage will leave nothing but ashes of what once use to be a bright burning torch.

– A Political Observer from Ft. Charlotte