THE U. S. GIVES EQUIPMENT TO THE POLICE 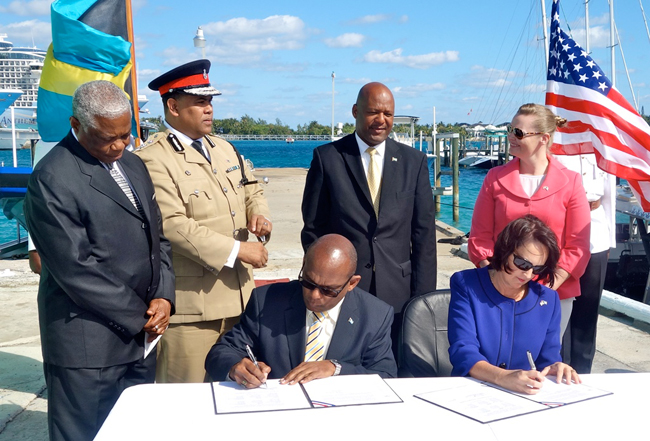 In her remarks, Chargé Johnson highlighted that the United States and The Bahamas have a longstanding history of counter narcotics cooperation under OPBAT, adding that the U.S. Embassy was proud to continue to support RBPF participation in OPBAT with resources provided through the Caribbean Basin Security Initiative. 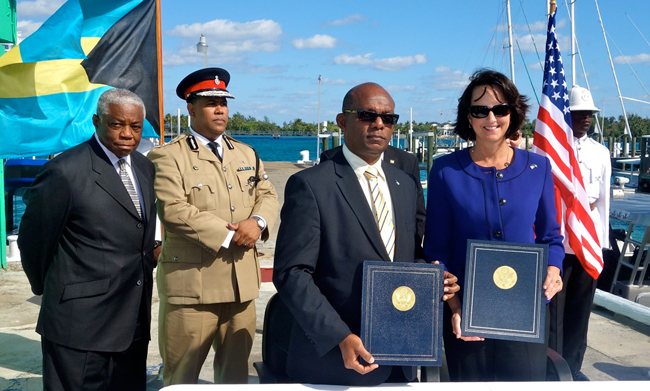 “We expect that these vessels will build further on OPBAT’s already solid track record of seizing illicit narcotics,” the Charge said, adding that joint U.S.-Bahamian work in countering trafficking continued to produce tangible results. “In 2015, OPBAT operations in The Bahamas led to the seizure of 637 kilograms of cocaine and 26.6 metric tons of marijuana, including over 17,000 marijuana plants, and resulted in the arrest of 76 drug traffickers.”With two more vessels deployed, the Chargé said she hoped to hear about additional record breaking interdictions, including in maritime operations in and around Exuma and Inagua. The U.S. Embassy’s INL Section also has provided ancillary equipment, such as boat lifts, trucks, and trailers, to support the safety and maintenance of the vessels, and has scheduled operator and maintenance training to promote sustainability in the deployment of and care for the vessels. 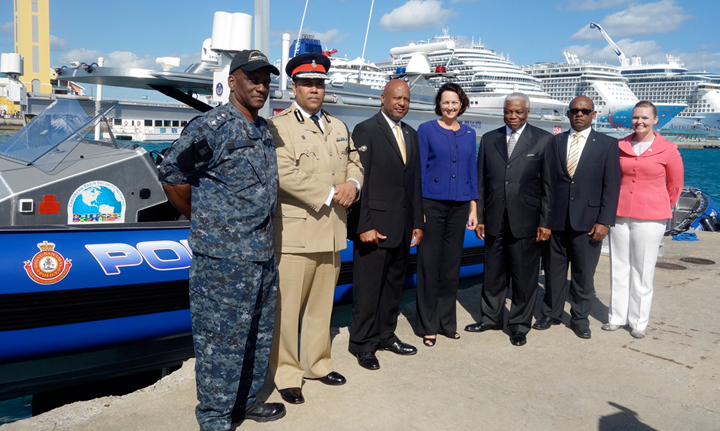 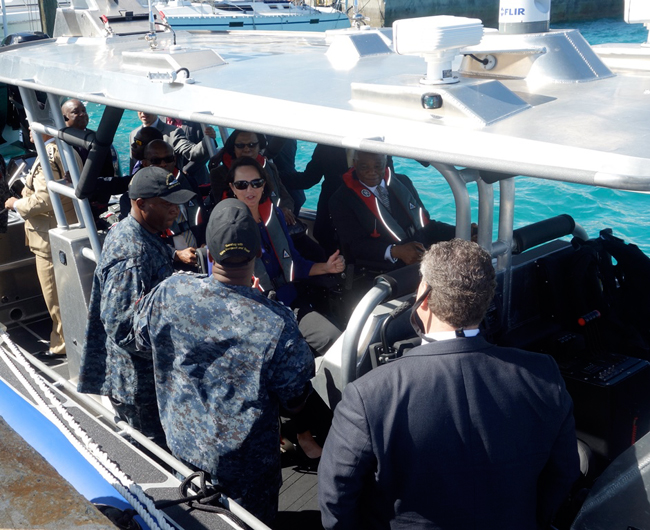 U.S. and Bahamian officials tour Nassau harbor onboard one of the 410 Apostle Interceptor police vessels. 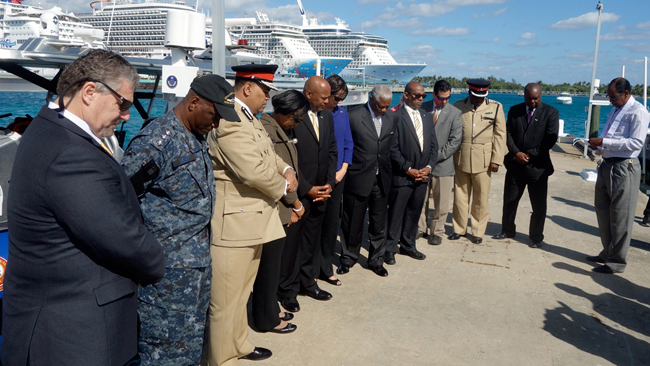