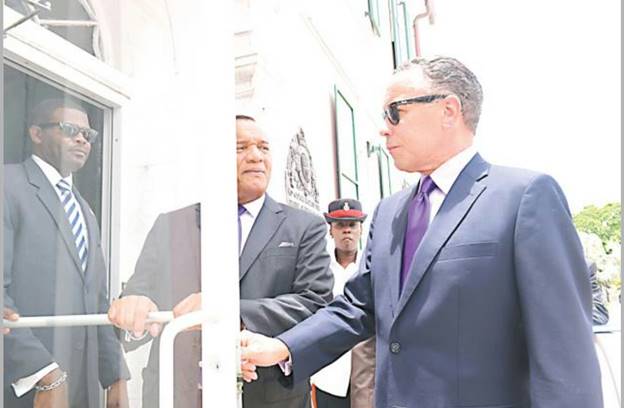 Congratulations are in order for the referendum event on 7 June to the Constitutional Commissioner and its Chair Sean McWeeney, to Lynn Holowesko, Lady Sharon Wilson, Cheryl Buzzard and Heather Hunt, Brandice Duncanson and Rubie Nottage.  You all did a great job. The exercise was a good one. The result was the wrong one but not unexpected.  Some pretty wild and silly dialogue went on in the public domain which derailed and hijacked the process.

This was led mainly by a set of ignorant, jack leg preachers who used the greater ignroance  and indifference of the general popluation to shift the tide against something which was simple and straightforward, equality for men and women under the law.

The no preachers had a press conference after the vote and claimed that they had saved The Bahamas from the foreign cultural influences like presumably same sex marriage.

They are jackasses and sadly mistaken.  They have caused the opposite effect.  The lawyers are now ready today to acccomplish what has not been done by legislation; move to have the courts declare the porhibitons against same sex marriage as unconsitutional and unsustainable .  What a pity.  Where ignorance is bliss, it is folly to be wise.

A special place in hell though is deserved for Dame Joan Sawyer, who let herself down, let women down by the nonsense and illogic which she spun.  Who can respect her opinions any more?  She  who had the chance to strike a blow for equality for women ended up opposing equality for women and herself playing into all the stereotypes about women: irrational, hysterical, intemperate, silly.

Then there were the lawyers who spent a lifetime fighting for equality, only to end up fighting against equality when presented with the opportunity to embrace change.  They are to be condemned. They should be embassrassed and ashamed of themselves.

This is not the end of the fight for equality, just a pause for now.  There are many epitpahs being written  and pronounced.  But to quote and paraphrase Mark Twain, the American writer: reports of the death of the fight for gender equality are greately exaggerated.