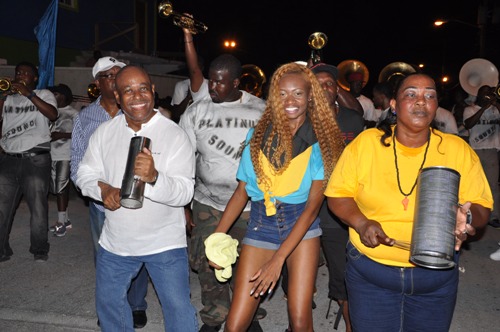 This particular festival is a part of the series of events planned for the summer of 2015.

The crowd was moved by an exhilarating performance of well-known Bahamian artist, ‘Stiletto.’ Following were the sweet sounds of the Bahamas Brass Band.
Making the event more lively, there were invigorating sounds of the goat-skinned drums as dancers moved to the beat of Junkanoo, giving visitors a taste of Bahamian culture, and reminding residents of what it means to be Bahamian. 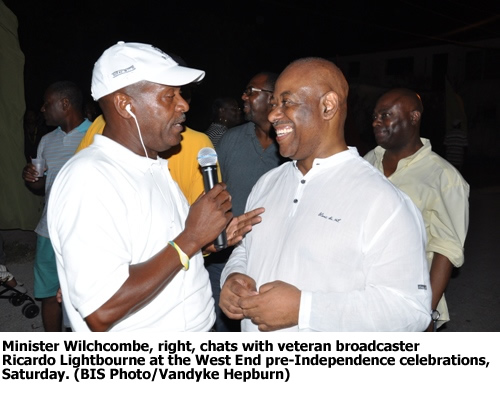 Dancers, Swingers, Platinum Knights, Kingdom Culture and the West End Star Titans. And not be left out, Minister Wilchcombe joined the Platinum Knights raking and scraping.

Celebrations do not end there. Goombay Summer will be held on Thursdays at Taino Beach until July 30, and Junkanoo Summer Festival will be on Fridays in Eight Mile Rock and Saturdays in West End during the month of August.

All are invited to enjoy the series of festivals for summer 2015, on the island of Grand Bahama from Taino Beach to Eight Mile Rock, straight down to the Western End of the island. 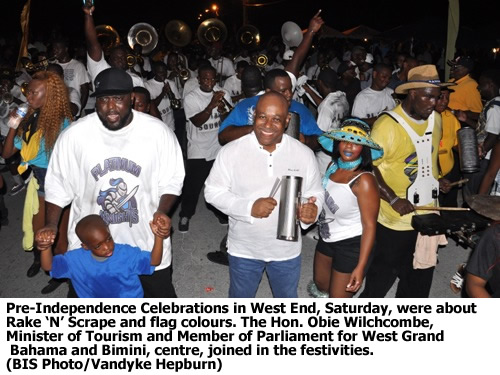