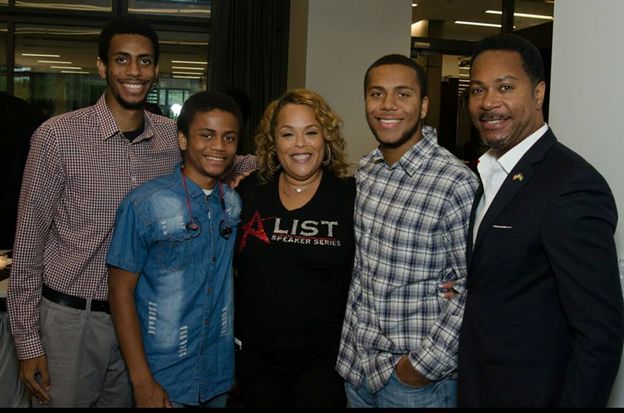 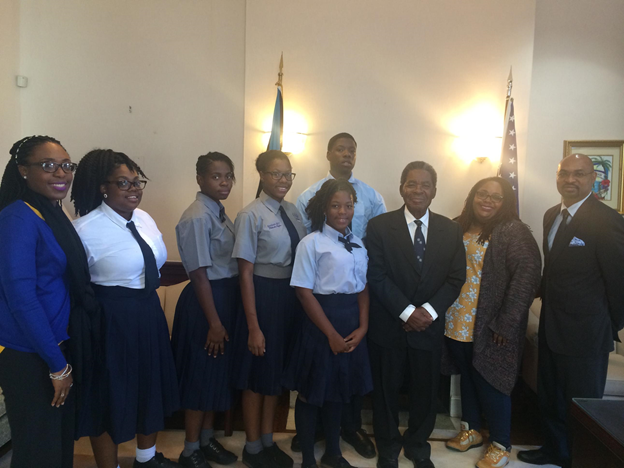 WASHINGTON, D.C. — Winners of the 2016 Earth Day Essay Competition are currently in Washington, D.C., participating in the 2016 Columbia Heights Educational Campus (CHEC) – Cat Island Student Exchange, which commenced on October 14, 2016, and is in its fourth year of existence.

The group, accompanied by Ms. Kristen Whitaker, History Teacher of CHEC, paid a courtesy call on H.E. Dr. Eugene G. Newry, Bahamas Ambassador to the United States, at the Embassy of The Bahamas, 2220 Massachusetts Avenue, N.W., on Tuesday, October 25, 2016.

While in Washington, D.C., the students, along with their chaperone, are being received by host families of the CHEC in their homes, where they share meals, attend church, and travel together daily to school. The students have also participated in academic classes and after school activities, including sports, music, clubs and working in the school’s garden with their school mates.

Additionally, the students have participated in organized trips to the National History, African American and Air and Space museums, as well as university tours of the University of Maryland and American University. Ms. Barr has also had the opportunity to participate in the administrative and learning activities of the CHEC and extra-curricular activities with the students.

It is anticipated that Cat Island students and their families will host students from Washington, D.C., during the spring of 2017 to coincide with Earth Day. 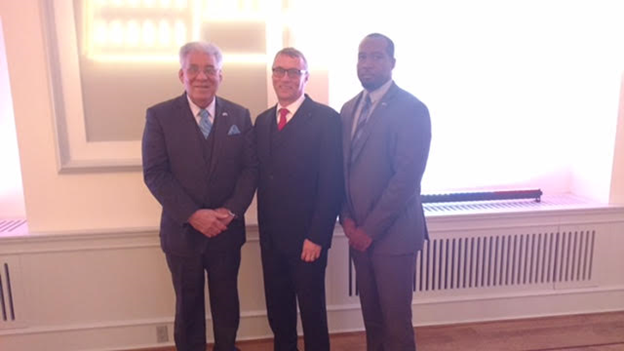 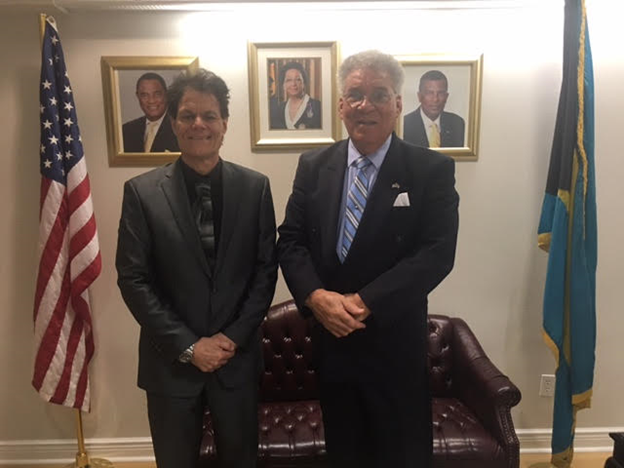 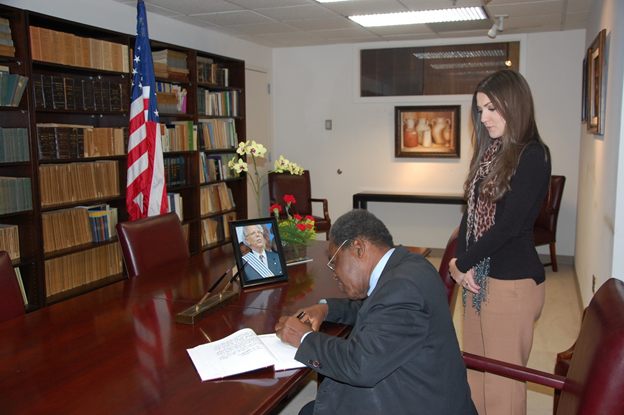 WASHINGTON, D.C. — His Excellency Dr. Eugene Newry, Bahamas Ambassador to the United States, signs the Book of Condolences at the Embassy of Uruguay, 1913 I (Eye) Street, N.W., on Wednesday, October 26, 2016, for former President of Uruguay Dr. Jorge Batlle Ibnez, who died on Monday, October 24, in Montevideo, Uruguay, at the age of 88. Looking on is Ms. Erika Muhlethaler, Administrative Assistant in the Consulate of Uruguay. 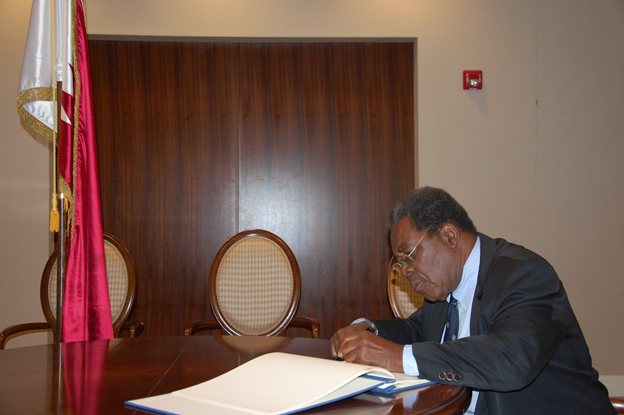 WASHINGTON, D.C. — His Excellency Dr. Eugene Newry, Bahamas Ambassador to the United States, signs the Book of Condolences at The Embassy of the State of Qatar, 2555 M Street, N.W., on Wednesday, October 26, 2016, for His Highness the Grandfather Emir Sheikh Khalifa bin Hamad Al-Thani, who passed away on Sunday, October 23, 2016, at the age of 84. 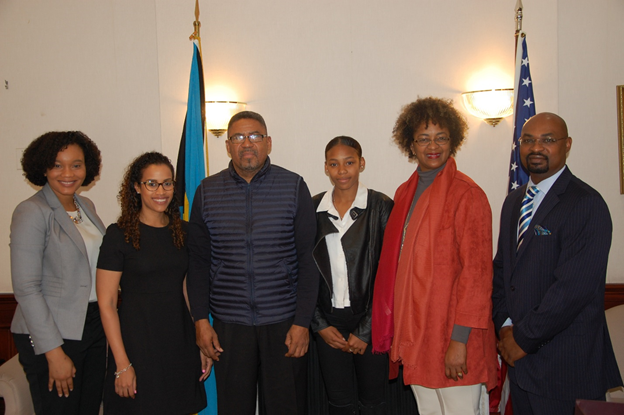 WASHINGTON, D.C. — Mr. Derek Farquharson and his wife Mrs. Angie Farquharson, along with their daughter Dawn Akilah Farquharson, a student at Episcopal High School in Alexandria, Virginia, visited the Embassy of The Bahamas, 2220 Massachusetts Avenue, N.W., on Tuesday, October 25, 2016.

They were welcomed by Deputy Chief of Mission Chet Neymour, in his capacity as Chargés d’affaires a.i. while His Excellency Dr. Eugene Newry, Bahamas Ambassador to the United States, participated in Diplomatic Week 2016 in Nassau.

Before becoming a student at Episcopal High School in Alexandria, Dawn attended primary school in Freeport, Bahamas. At primary and middle-school, Dawn excelled as a student athlete, attaining distinctions on the Academic Honour Roll (Principal’s List) and as Champion Girl Athlete. Additionally, she displayed considerable talents in dance and music.  At Episcopal High School in Alexandria, she continues to excel both academically and athletically on the Academic High List and as a key member of the Girls Varsity Track and Field Team.

Dawn’s dedication towards excellence extends beyond school campus experiences with enthusiastic community service involvement.  In spring 2015 and summer 2016 she undertook service engagements in Derrumbadero, Dominican Republic, and in Havana, Cuba, which she describes as life changing.  These volunteer assignments with service opportunity for assisting underprivileged youth in unversed cultural territories, helped crystalize one of Dawn’s goals towards becoming fluent in Spanish. She is presently undertaking plans to further her Spanish immersion next summer either in Seville, Spain or Santiago, Chile.

This summer Dawn accepted an invitation to represent her High School at the 2016 National Student Leadership Conference (NSLC) on Medicine and Health Care, an interactive conference with physicians that was held at Harvard University School of Medicine in Boston, Massachusetts.