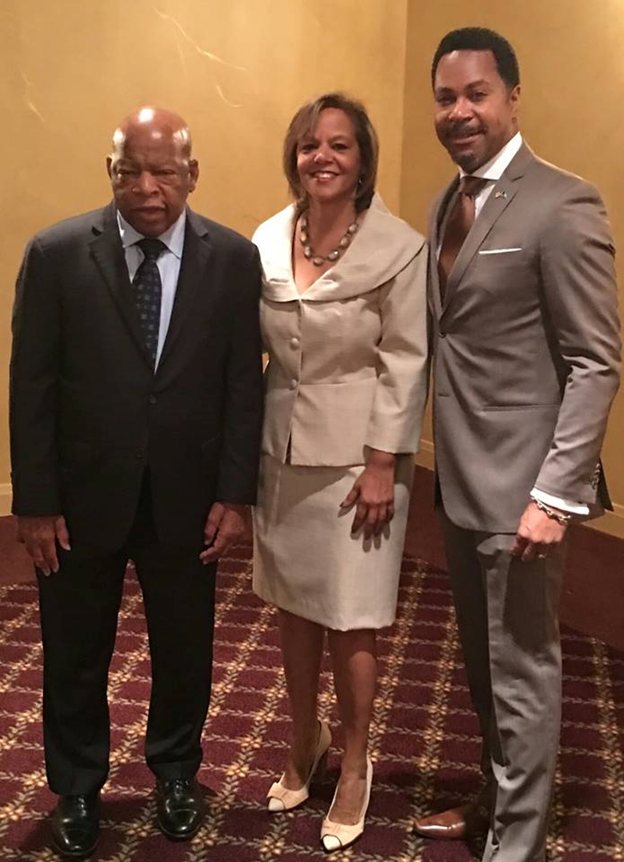 LANSING, Illinois – The Honourable Michael C Fountain, Bahamas Honorary Consul to Chicago, brought greetings on behalf of the Bahamas Prime Minister and Minister of Foreign Affairs to the Honourable Robin L. Kelly, U. S. Representative, Illinois – 2nd Congressional District, at her event celebrating The Honourable John R. Lewis, U. S. Representative, Georgia – 5th Congressional District, 29 October 2016. Consul Fountain took the opportunity to brief the Congresswoman on Bahamas relief and restoration efforts in the aftermath of Hurricane Matthew as she serves on the House Committee on Foreign Affairs and House Foreign Affairs Subcommittee on the Western Hemisphere.

In sharing a moment with Congressman Lewis, Consul Fountain thanked him for his life’s work as an American Civil Rights leader, activist, public servant, and bestselling author and global humanitarian whose personal sacrifice and historic actions led to the end of legalized racial segregation in the United States. The Congressman has been called “one of the most courageous persons the Civil Rights Movement ever produced,” in addition to being described as “the conscious of the U.S. Congress” and remains a personal hero to Consul Fountain. 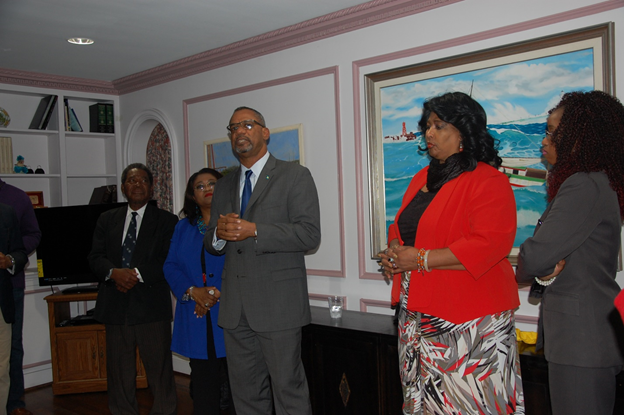 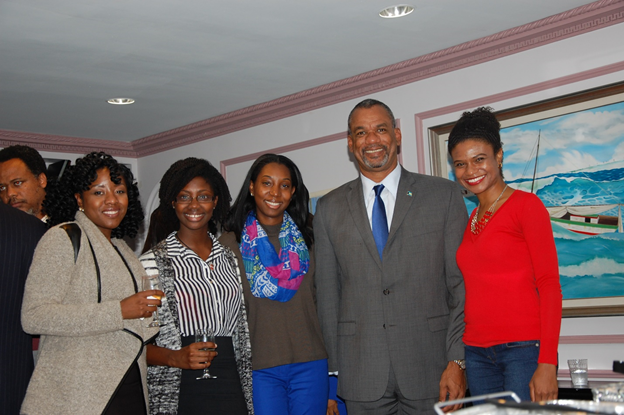 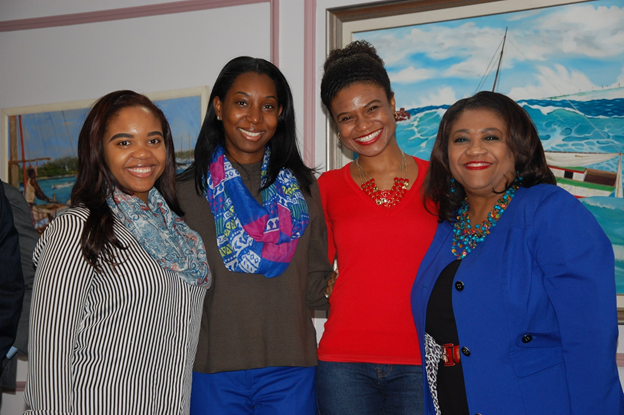 MINISTER FITZGERALD INTERACTS WITH STUDENTS AT “MEET AND GREET” RECEPTION AT BAHAMAS EMBASSY IN D.C.

WASHINGTON, D.C. — Wrapping up a highly successful working trip to Washington, D.C., that included education-related meetings at the Organization of American States (OAS), the Hon. Jerome Fitzgerald, Minister of Education, Science and Technology, interacted with a students attending colleges and universities in the Washington area and a number of Bahamians in the diaspora during a “Meet and Greet” reception held at the Bahamas Embassy, 2220 Massachusetts Avenue, N.W., on Thursday evening, October 27, 2016.

His Excellency Dr. Eugene Newry, Bahamas Ambassador to the United States, and Mrs. Paulette Zonicle, Bahamas Consul General to Washington, D.C., both delivered welcoming remarks prior to Minister Fitzgerald’s brief address, during which he encouraged the students to continue to study and after graduation return to The Bahamas to make their respective contributions towards building the country.

Earlier in the week, Minister Fitzgerald convened a High-Level Meeting on Science, Technology and Innovation with U.S. public and private sector stakeholders in Washington, D.C. on Tuesday, October 25, in the conference room of the OAS Administration Building at 1889 F Street, N.W. to sensitize US public and private sector stakeholders to the existing and planned landscape for STI in The Bahamas and to pitch the country as prime destination for partnership and investment.

The Bahamas currently chairs the Inter-American Committee on Education and will host the 9th Inter-American Meeting of Ministers of Education in Nassau in February 2017 where it is expected that there will be agreement on an Inter-American Education Agenda for 2017-2022. The Minister also presided over a preparatory meeting at the OAS for the upcoming Ministerial from 26th – 28th October, 2016.

Minister Fitzgerald serves concurrently as the Chair of the 19th Conference of Commonwealth Education Ministers (CCEM).