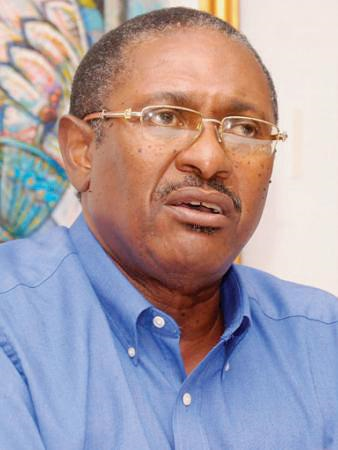 FNM must decry misinformation on agriculture and marine resources proposal

I am concerned about the level of misinformation being spewed into the public domain in the wake of the authorization letter to our embassy in China to pursue economic opportunities for Bahamians in the agriculture and marine resources industries.

The public is advised that the Fisheries Act is clear: local fishing is reserved exclusively for Bahamians and that law has not changed. Any information to the contrary is bold faced lie and must be rejected as a lie. The opposition must do its part in decrying these lies.

Any talk about the government of The Bahamas giving away, selling or leasing large swaths of land – 10,000 acres of land for example to the Chinese – is utterly false. Bahamians are encouraged to reject these lies.

We thought that there was value in civil servants consulting with the National Trust, BREEF, Fishermen out of Spanish Wells and other stakeholders on the way forward in the sustainable development of this underperforming industry. In our view this constructive engagement with the relevant industry stakeholders is positive and should continue. We should go further – we should hold town hall meetings that are aired live on radio and television to address much of the lies being perpetrated in an attempt to depress the development of this vitally important industry. Live town hall meetings make it increasingly difficult for those with hidden pernicious agendas to hide in the shadows, hide in the tall grasses and hide behind pen names to cast aspersions, promoting xenophobia and telling outright lies to intentionally mislead the Bahamian people in pursuit of a selfish agenda that has absolutely nothing to do with advancing the interests of ordinary Bahamians.

I IMPLORE THE GOVERNMENT NOT TO ALLOW LIES, HINTS, INNUENDOS, XENOPHOBIA, DOG WHISTLES AND POLITICAL BLUSTER TO PREVENT THEM FROM PURSUING POLICIES IN THE BEST INTEREST OF THE BAHAMIAN PEOPLE.  AS THE GOVERNMENT ENGAGES BAHAMIAN STAKEHOLDERS ON THIS ISSUE, I AM CONFIDENT THAT BAHAMIANS WIL NOT MAKE DECISIONS THAT ARE HARMFUL TO THEIR BEST INTERESTS.

The Bahamas is cash starved and there are few jurisdictions in the world to access capital with the Peoples’ Republic of China and the United Arab Emirates (UAE) being two of those cash rich jurisdictions globally.

The response of the official opposition FNM was totally useless in this national discussion. True to form they had no policy and no plan and did what they have always done since 1972 and that is to say NO and to insist on STOPING AND CANCELING. This is unhelpful and they have offered nothing to the national debate.

When the President of China met with the CARICOM Heads of Government four years ago and announced the multi-billion dollar fund earmarked for CARICOM members, where was the FNM and what was their position? What is the policy of the FNM on the sustainable development of agriculture and marine resources in The Bahamas?

In stark contrast to the FNM, the PLP government actually has a policy and plans for the development of agriculture and marine resources. The Bahamas must reduce its high import food bill; we as a country must pursue food security. Agriculture, marine resources and food processing represent the single greatest opportunity for job creation, expanded wealth creation, wealth expansion and economic diversification. This is a conversation that the Bahamian people must have about their economic future.