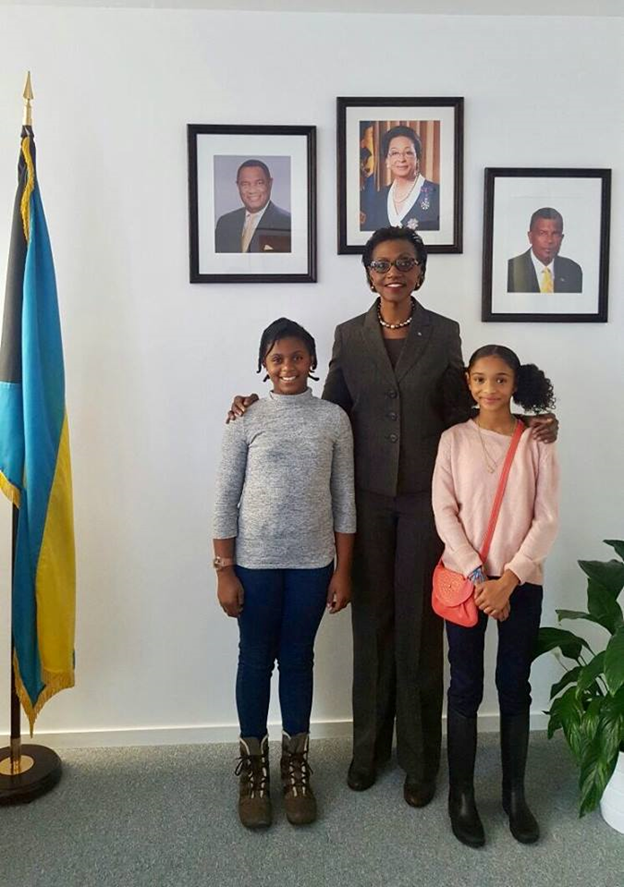 On Thursday 10 November 2016, H.E. Rhoda M. Jackson, Ambassador and Permanent Representative of The Bahamas in Geneva, met with two Geneva-based primary school students who interviewed her on aspects of her work and that of the Permanent Mission, as part of their careers day activities. The Ambassador spoke to the students about the role of an Ambassador, the ways in which States interact in the multilateral arena and how the Mission performs its mandate on a day-to-day basis, on behalf of the Government. The Ambassador responded to questions posed by the students who were also treated to a video presentation of a recent statement delivered by Ambassador Jackson at the Human Rights Council as well as a tour of the Mission and interaction with diplomatic staff on their specific portfolios. The careers day exercise is aimed at exposing primary level students to diverse professions so as to inform their future career choices. Emphasis is also placed on encouraging students to explore professions which have been traditionally dominated by persons of the gender opposite to their own, to motivate them to consider aspiring to such roles. 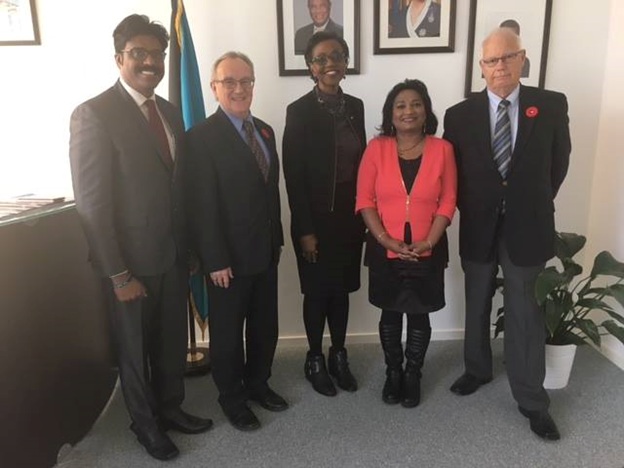 On Monday 7 November 2016, H.E. Rhoda M. Jackson, Ambassador and Permanent Representative of The Bahamas in Geneva, met with representatives of Embassy Connections Canada, on the occasion of a courtesy call, paid on Ambassador Jackson, by the President of the Organization, Mr. Jerry Sherman. The President informed that, as part of the work of Embassy Connections, he reaches out to Ambassadors to talk about spiritual things, organize field trips for them to different parts of Canada, provide a link with business persons and to just extend a friendly hand. Global Leadership Geneva, a Christian Ministry based in Switzerland, which focuses its work on the international community, partners with Embassy Connections and seeks to engage Ambassadors and local leaders in Geneva. 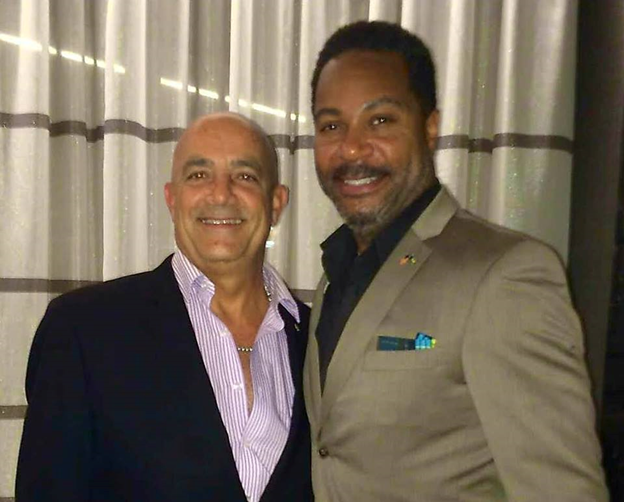 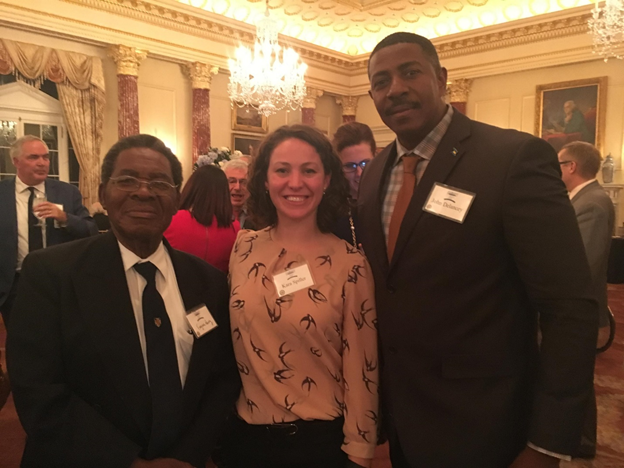 WASHINGTON, D.C. — His Excellency Dr. Eugene Newry, Bahamas Ambassador to the United States (left), is pictured at a reception held at the State Department, 2201 C Street, N.W., in celebration of the 70th anniversary of the Fulbright Program on Monday, November 14, 2016. At centre is Dr. Kara Spiller, Assistant Professor at Drexel University, and at right is Petty Officer John Delancey, Royal Bahamas Defence Force, security attaché at the Embassy. Recognized as the flagship U.S. government educational exchange program, the Fulbright Program continues to attract record numbers of applicants, according to the State Department’s website. Approximately 8,000 individuals from the United States and more than 160 other countries participate in the program annually, returning home to join a global alumni network of more than 370,000. 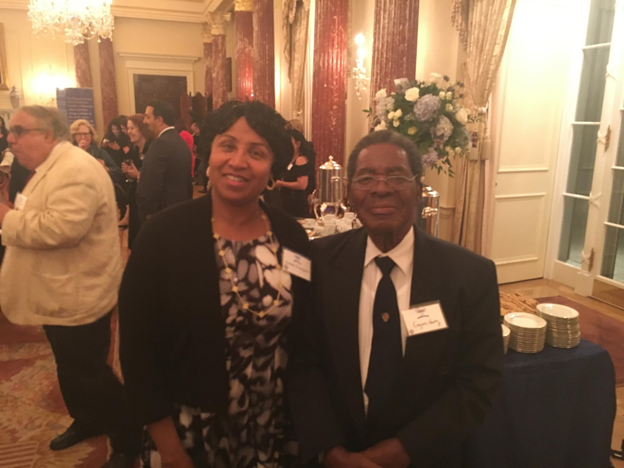 WASHINGTON, D.C. — His Excellency Dr. Eugene Newry, Bahamas Ambassador to the United States, is pictured with Dr. Jeanne Toungara of Howard University in Washington, D.C., at a reception held at the State Department, 2201 C Street, N.W., in celebration of the 70th anniversary of the Fulbright Program on Monday, November 14, 2016. Dr. Toungara, a Fulbright Ambassador, was a Fulbright Scholar to Cote d’Ivoire in 1992. 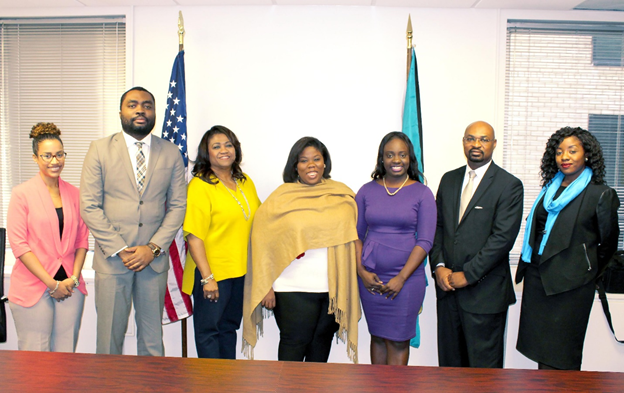 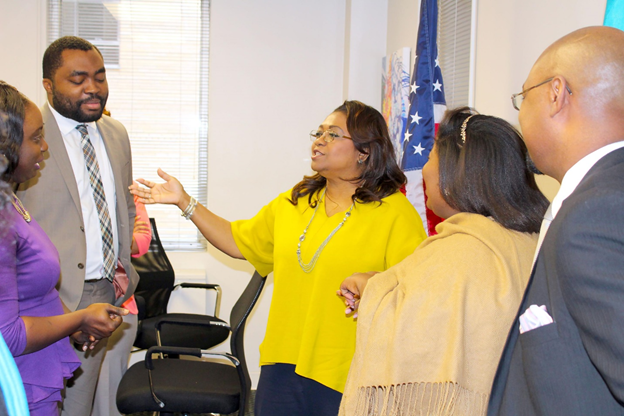 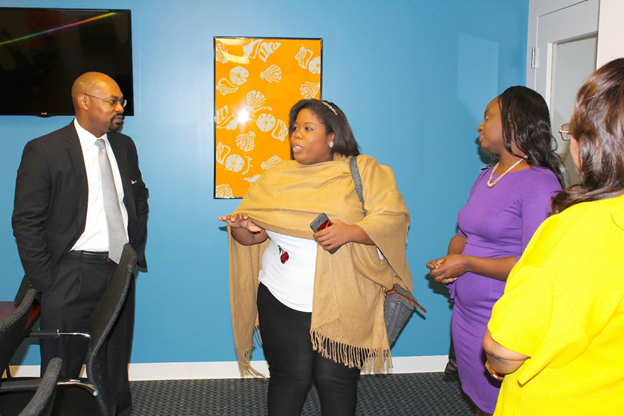 President Obama launched YLAI last year to expand opportunities for emerging entrepreneurs and civil society innovators in Latin America and the Caribbean.  The inaugural YLAI class brought 250 promising young business and social entrepreneurs from across the Caribbean and Latin America to invest in and accelerate the work of young leaders who are making their communities and countries more prosperous and secure.

The participants travelled to the United States for a five-week program, which included site visits to several US cities, that will strengthen their leadership, innovation, and entrepreneurial skills and provide networking opportunities with U.S. entrepreneurs, innovators, and investors; diaspora communities; and among each other to increase connectivity throughout the hemisphere.

Consul General Zonicle encouraged the participants to continue to pursue their respective dreams but always keep in view their responsibility to help shape the development of The Bahamas. Both participants expressed their commitment to return to The Bahamas to employ their enhanced passion and skills as a result of the Initiative for Bahamian development.

Tanya McFall is certified in Tax Administration with an emphasis on Value Added Tax. She is the Co-Founder of Global Conversations Development Centre (GCDC), a foreign language training institute that offers training in Mandarin Chinese, English as a Second Language, Spanish, Russian, Portuguese, French, Haitian Creole, and other languages. GCDC caters to children and adult learners.

Ms. McFall serves as TV host and Program Manager of ZNS’s “The Youth Zone.” She has a Bachelor’s of Business Administration with a focus on Marketing and has more than six years’ experience in marketing and advertising.

Ashleigh Rolle is one of the co-founders of the company Skipper, an online platform that connects travellers to boat captains in order to make travel between the 700 Bahamian islands more accessible and more affordable. She is a member of the World Economic Forum’s Global Shapers Community as well as an active ambassador with the organization One Young World. In 2015, Ms. Rolle became the country chair for The Bahamas for the organization Global Dignity, which was co-founded by Prince Haakon of Norway.