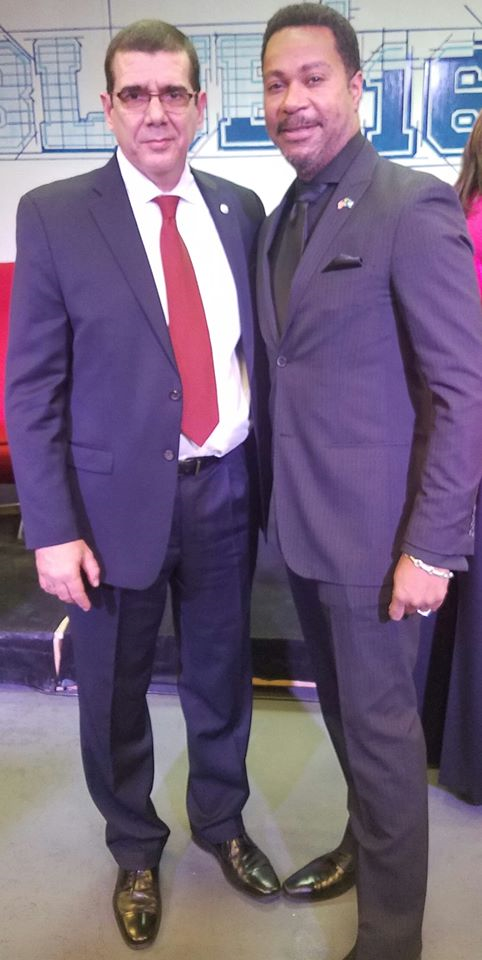 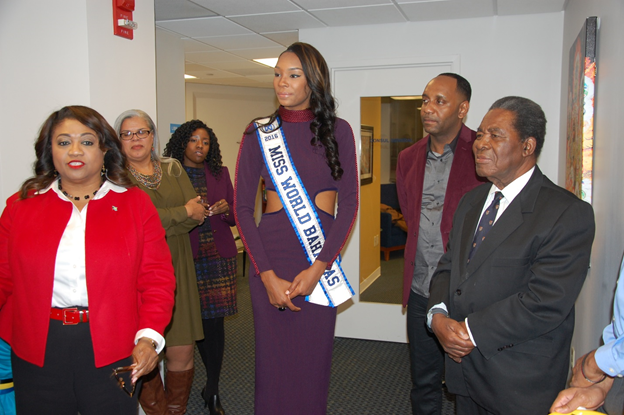 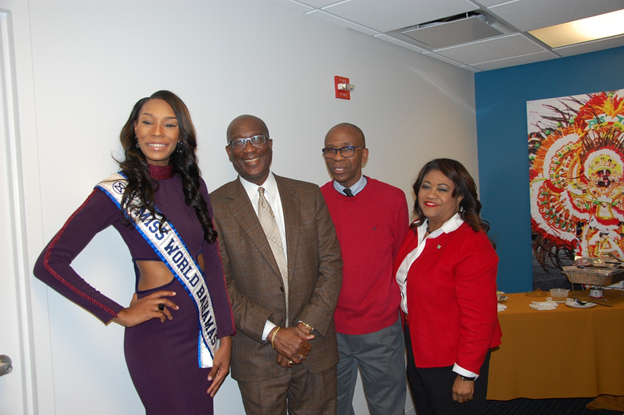 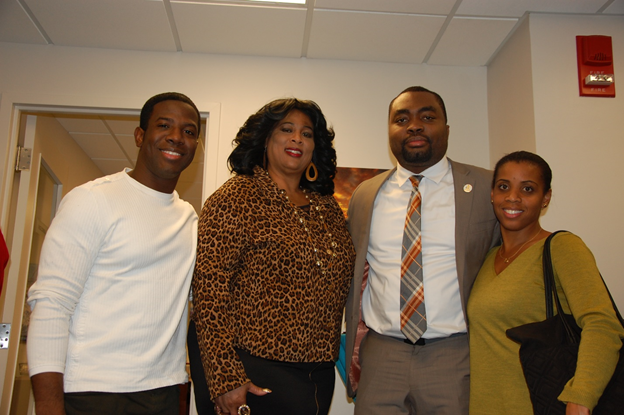 Accompanied by Mr. Jerome Sawyer, Vice President of the Miss Bahamas Organization, Miss Hamilton is in Washington for preliminary events leading up to the nationally televised Miss World Pageant, which will be staged at the Gaylord National Resort & Convention Centre, National Harbour, Maryland, just south of D.C.

His Excellency Dr. Eugene Newry, Bahamas Ambassador to the United States, and Consul General Zonicle delivered brief remarks at the reception and the Bahamian beauty mingled and chatted with a number of Bahamians in the Diaspora, Bahamian students attending colleges and universities in the D.C. area and other specially invited guests.

Representing Long Island, in a field of nine contestants, Miss Hamilton won the coveted Miss World Bahamas title on Sunday, July 24, when the competition was held in the Grand Ballroom of the Melia Nassau Beach Hotel. 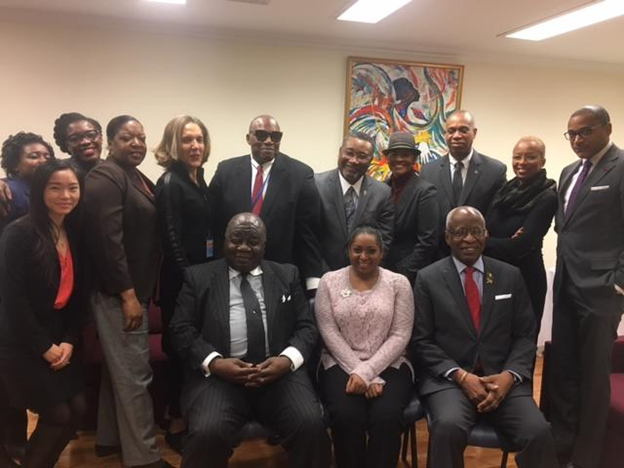 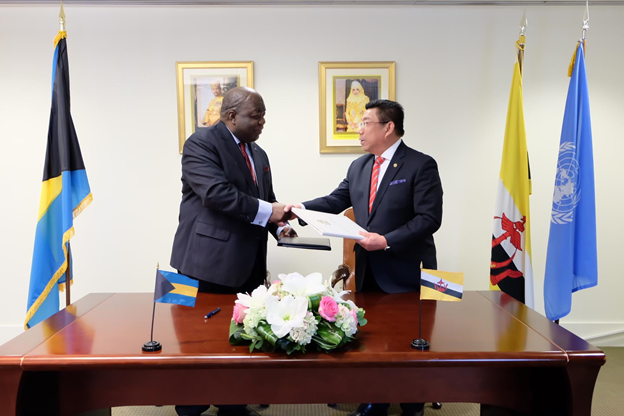 NEW YORK — The Commonwealth of The Bahamas and Brunei Darussalam formally established Diplomatic Relations through the signing of a Joint Communique in New York on Monday, November 21, 2016.  The Joint Communique was signed by His Excellency Dr. Elliston Rahming (left), Permanent Representative of The Bahamas to the United Nations and the Organization of American States (OAS), on behalf of the Government of The Bahamas, and His Excellency Mr. Dato Paduka Abdul Ghafar Ismail, Permanent Representative of Brunei Darussalam to the United Nations, on behalf of the Government of Brunei Darussalam. Brunei Darussalm, often referred to as Brunei, is located in the South-eastern Asia region on the third largest island in the world, Borneo. The country gained full independence from the United Kingdom in 1984 and became a member state of the United Nations later that year. Brunei has a population of roughly 430,000 people and a stable economy that thrives on the production and export of crude oil and natural gas. Through the signing of the Joint Communique, The Bahamas and Brunei wish to continue to further strengthen their relations in areas of common interests, both bilaterally and in multilateral fora.