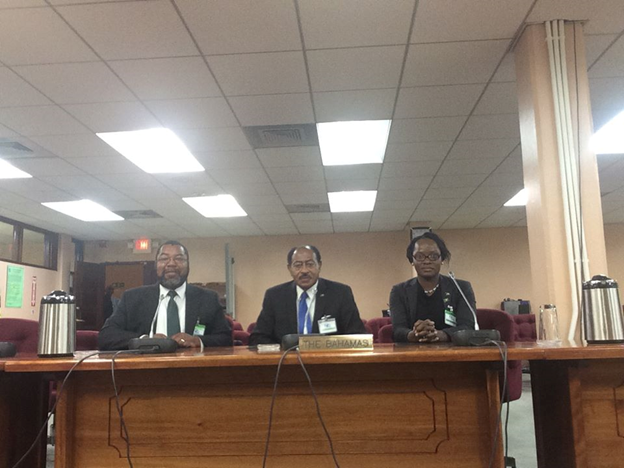 A delegation from The Bahamas attended the 18th CARICOM-JAPAN Consultation 14th March, 2017 – Georgetown, Guyana. The delegation was headed by The Bahamas Ambassador to UNESCO and Japan, Dr. Elwood Donaldson who was accompanied by Deputy Permanent Security Eugene Torchon-Newry and CARICOM Desk Officer, Charlene Johnson.

During the Meeting CARICOM Member States and Japan discussed matters of mutual interest and areas of further cooperation such as climate change and the 2030 Agenda for Sustainable Development. 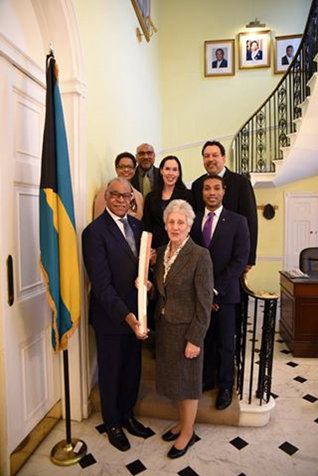 High Commissioner Bethel conveyed to President Martin that “The Bahamas is honoured to have been selected to host the 2017 Commonwealth Youth Games and the people of The Bahamas are anxiously looking forward to welcoming the athletes, coaches and fans from around the Commonwealth of Nations.”

Commonwealth Games Federation President Louise Martin CBE said: “The Youth Games are a joyful celebration of sporting competition, personal development and international friendship. We’re thrilled to bring the Queen’s Baton to Bahamas House, before it sets out on its epic journey, which will include – for the first time ever – a visit to the Commonwealth Youth Games when the Queen’s Baton Relay lands in the Bahamas in July.”

The visit by the Queen’s Baton to Bahamas House follows the official commencement of the Queen’s Baton Relay at Buckingham Palace yesterday in commemoration of Commonwealth Day 2017.
The presentation of the Queen’s Baton to High Commissioner Bethel heralds the first time that the Commonwealth Youth Games will be held in the Caribbean region with The Bahamas as its host nation. The presentation also commemorates the first time that the Queen’s Baton will be a part of the Commonwealth Youth Games.
These Games will be the largest and most diverse multi-sport event to ever be contested in The Bahamas and the country is expected to welcome to its shores approximately 1300 athletes between the ages of 14 – 18 competing in nine disciplines for close to 100 medals.

It will also mark the first time that three new sports, Beach Volleyball, Beach Soccer and Judo, will premiere in the Games. The Games will also see the return of the sport cycling.
Through the campaign “Who’s Next?” the Games aims to use sport as the gateway to young people aspiring to be the next great scientist, politician, medical professional, educator or athlete. It also echoes the theme and values of the Commonwealth ‘Celebrating A Peace-building Commonwealth’ through the use of sport to bring about peace in friendly competition to build lasting friendships, decrease borders, erase political divides and strengthen Commonwealth Unity. 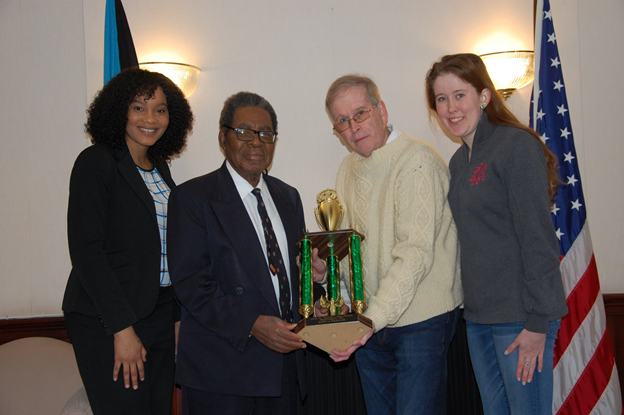 WASHINGTON, D.C. — When it competed in the annual St. Patrick’s Parade of Washington, D.C., last year, The Bahamas Urban Renewal Music Masters Youth Band was so impressive that it was voted BEST IN PARADE. The acclaimed Bahamian youth band did not return to D.C. for a repeat performance in 46th annual St. Patrick’s Parade, held on Sunday, March 12, 2017, so Mr. Bob Monagan, Chairman of the St. Patrick’s Parade of Washington, D.C., paid a courtesy call on His Excellency Dr. Eugene Newry, Bahamas Ambassador to the United States, at The Bahamas Embassy, 2220 Massachusetts Avenue, N.W., on Monday, March 13, and presented him with the BEST IN PARDE trophy won by The Bahamas Urban Renewal Music Masters Youth Band. Mr. Monagan was accompanied by his daughter, Miss Colleen Monagan. Pictured from left to right in the Ambassador’s office are: Ms. Jade Williams, Third Secretary, Embassy of The Bahamas; Ambassador Newry, Mr. Monagan and Miss Monagan. 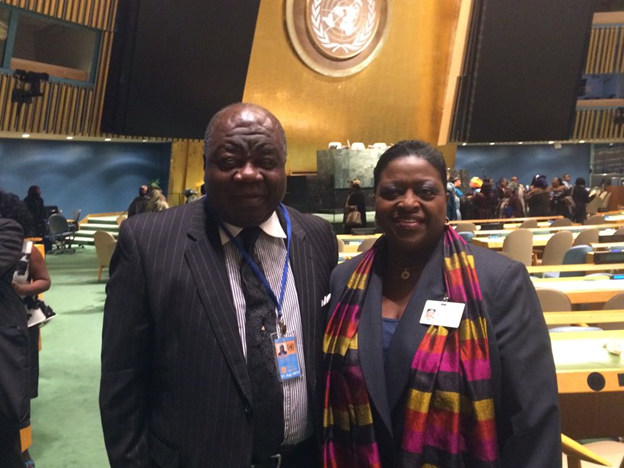 UNITED NATIONS, New York — Under the priority theme “Women’s economic empowerment in the changing world of work,” the Sixty-First Session of the Commission on the Status of Women (CSW61) commenced on Monday, March 13, 2017, at United Nations Headquarters in New York. The CSW is the principal global intergovernmental body dedicated to the promotion of gender equality and the empowerment of women.

The Bahamas delegation to the CSW61 is led by the Hon. Melanie S. Griffin, Minister of Social Services and Community Development, who is accompanied to New York by Mrs. Phedra Rahming, Acting Permanent Secretary, and Ms. Gaynel Curry, Director of Gender and Family Affairs.

During the opening ceremony of the annual session, Secretary General of the United Nations António Guterres remarked that the world needs more women leaders and more men promoting gender equality, noting that women’s equality can add $12 trillion to global growth over the next decade and that when women meaningfully participate in the peace processes, the chance of sustainable peace goes up by 35 per cent over 15 years.

In her address, UN Women Executive Director Phumzile Mlambo-Ngcuka highlighted a slow progress in gender equality. She pointed out that more than half of all women workers around the world are informally employed, that women earn consistently less than men and that gaps exist, including in access to digital technologies.

CAPTION ONE
The Hon. Melanie S. Griffin, Minister of Social Services and Community Development, is pictured with H.E. Dr. Elliston Rahming, Bahamas Ambassador and Permanent Representative to the United Nations and the Organization of American States (OAS). 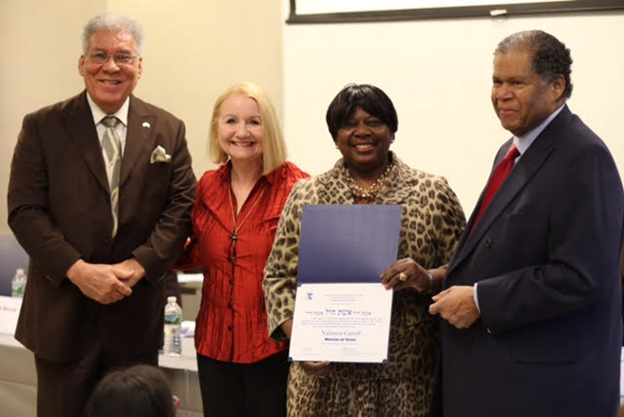 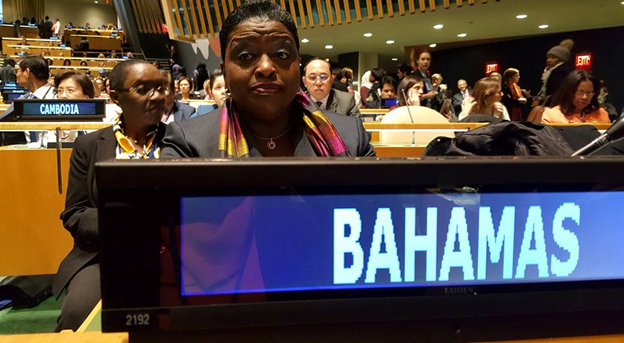