The FNM is ruthlessly setting about their changes.  After laying off ancillary staff summarily on the basis of saving money, the Foreign Ministry can’t find money to pay for their expenses bringing them home. It appears that the returning officers will all have to sue the government to get their monies. Meanwhile, staff changes at the top: out is Sheila Carey; in is Rhoda Jackson as PS.  Ms. Carey is to be rewarded for her assistance to the new administration with the post at the UN Ambassador. Sterling Quant, the former FNM candidate, is to go to China.  Theo Neilly, the former MP, is to be rewarded with Consul General in Washington D C.   Sidney Collie, the mouthpiece of the FNM, is to go to Washington D C and Larry Cartwright former MP is to become the Consul General in New York. Former MP Alvin Smith, the sidekick of Hubert Ingraham is to become High Commissioner in Ottawa.  They are still trying to force the Commissioner of Police out and send Ellison Greenslade to London.  Jeff Williams, FNM activist, is to go to Haiti.  No word on who is going to Cuba. These changes have not been confirmed by the government. 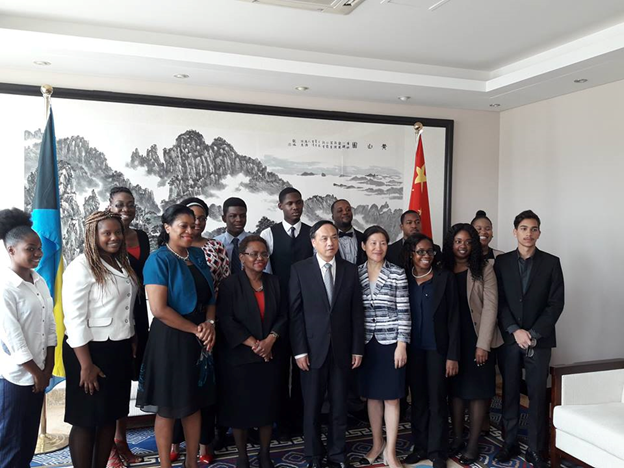 A ceremony took place at the Chinese Embassy to acknowledge the Bahamian scholarship recipients for studies in China, 2017. 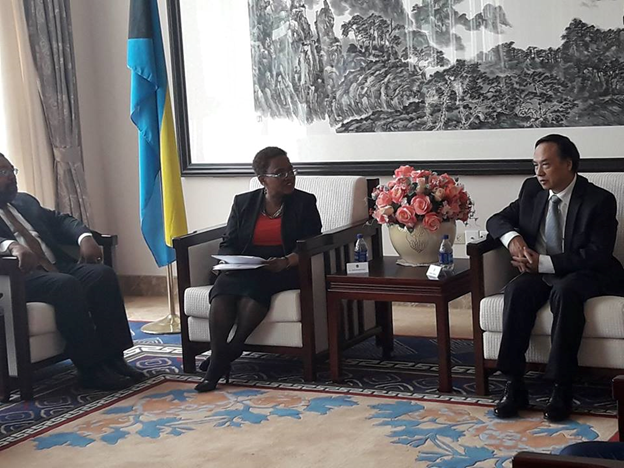 Behind the flag is Ministry of Foreign Affairs Deputy Permanent Secretary Eugene Newry. 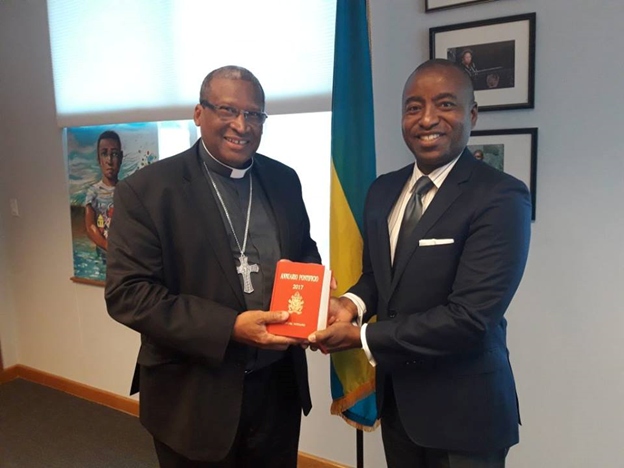 Archbishop Patrick Pinder pays courtesy call on the Minister Henfield and presents him with the “Annuario Pontificio” (Pontifical Yearbook). 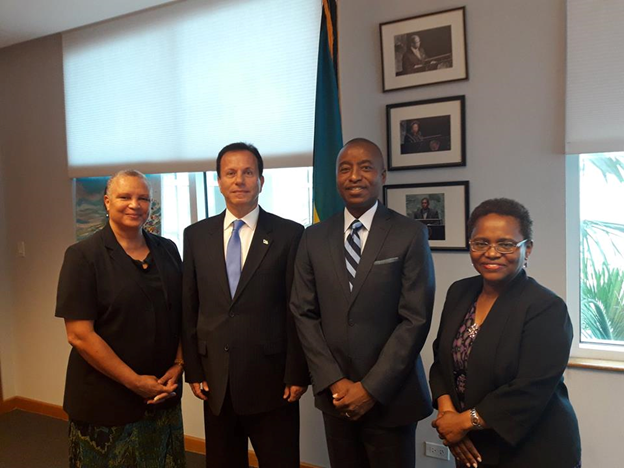 Non- Resident Ambassador of The Bahamas to the United Arab Emirates (UAE) Tony Joudi paid courtesy call to the Minister of Foreign Affairs.