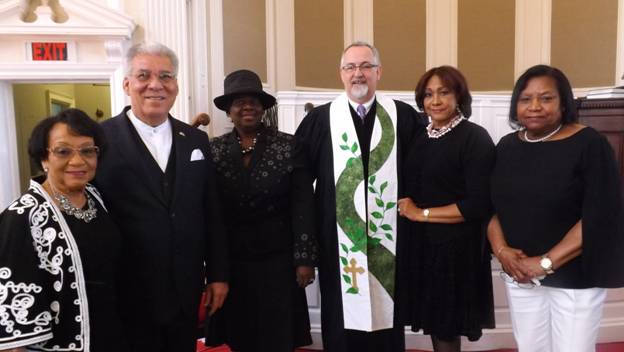 Mrs. Tishka Francis, First Secretary, Permanent Mission of The Bahamas to the United Nations, during delivery of the CARICOM statement. 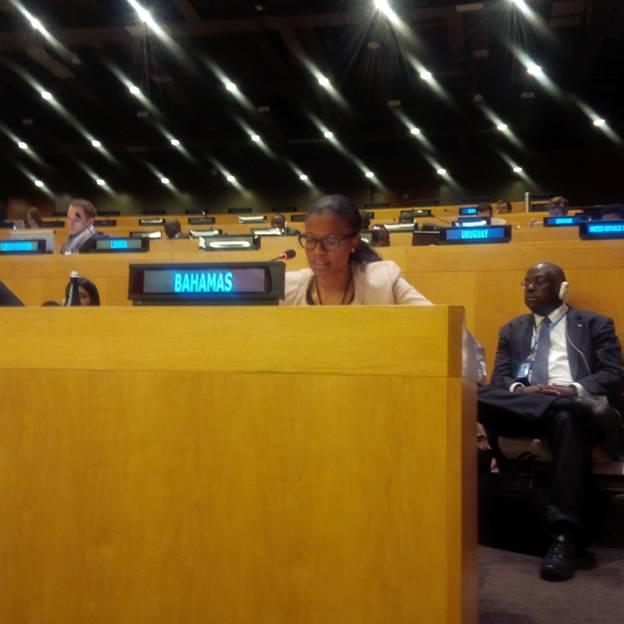 Mrs. Bernadette Butler, a Bahamian and current member of the UN Committee of Experts on International Cooperation in Tax Matters, was also in attendance.

NEW YORK — The United Nations Economic and Social Council (ECOSOC) held a one-day meeting on Wednesday, April 22, 2015, to consider international cooperation in tax matters, with the participation of representatives of national tax authorities.

The special meeting of ECOSOC on international tax cooperation has traditionally focused on selected key issues of concern to developing countries and bringing them to the forefront in the context of financing for sustainable development. Major international organisations active in the tax area participated in the special meeting, including the International Monetary Fund (IMF), the World Bank, the Organization for Economic Co-operation and Development (OECD), the Inter-American Centre of Tax Administrations (CIAT) and the African Tax Administration Forum (ATAF).

The CARICOM statement called for the upgrade of the UN Committee of Experts on International Cooperation in Tax Matters into an Intergovernmental body of the ECOSOC, in order to allow all Member Countries to participate on “equal footing”, as well as the opportunity to shape the global agenda.

It further noted that “there remains a fundamental gap in the area of international tax cooperation…” and that “during a time when fundamental changes to international tax standards are being devised, many developing countries do not have a ‘full seat at the table’ “.  It was the view of CARICOM that “The ability to participate in such decision-making, particularly in those decisions which impact CARICOM economies, is…a right and not a privilege.”

Ms. Rowena Bethel (centre), Director of the National Insurance Board, participating as Vice Chair of the 14th session of the United Nations Committee of Experts on Public Administration at the UN Headquarters in New York. 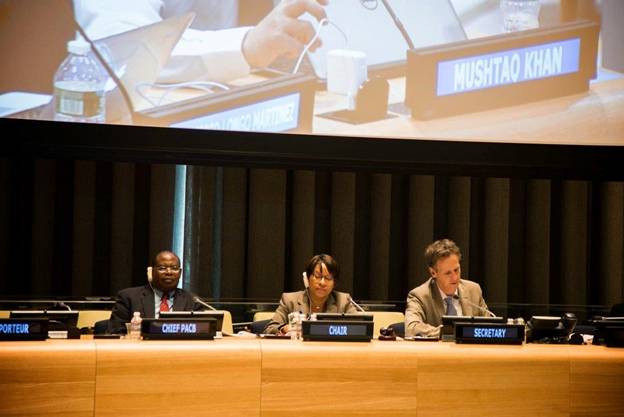 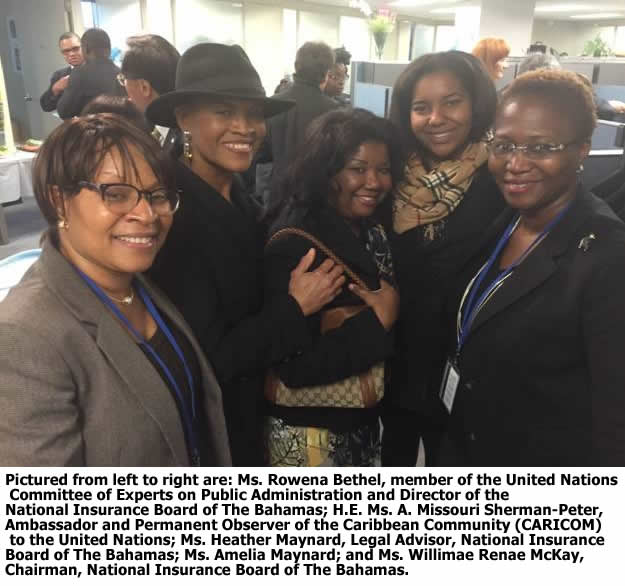 Established by the Economic and Social Council (ECOSOC), the United Nations Committee of Experts on Public Administration (CEPA) is comprised of 24 members who meet annually at the UN Headquarters in New York. The Committee is responsible for supporting the work of ECOSOC concerning the promotion and development of public administration and governance among Member States, in connection with the UN Millennium Development Goals.

Ms Rowena Bethel, Director of the National Insurance Board, is a member of the Committee.

Ms Bethel was elected as one of the Vice Chairs of this session. The Chair is Margaret Saner (UK); other Vice Chairs are Najat Zarrouk (Morocco) and Jose Castelazo (Mexico). The rapporteur is: XiaoChu Dai (China).

The overall theme of the 14th session is “Building trust in government in pursuit of the SDGs: what will it take?”, and Ms Bethel chaired the discussion of the first sub-theme entitled: “Redefining relationships and responsibilities to support participatory governance and responsive public service delivery, including through e-solutions”. 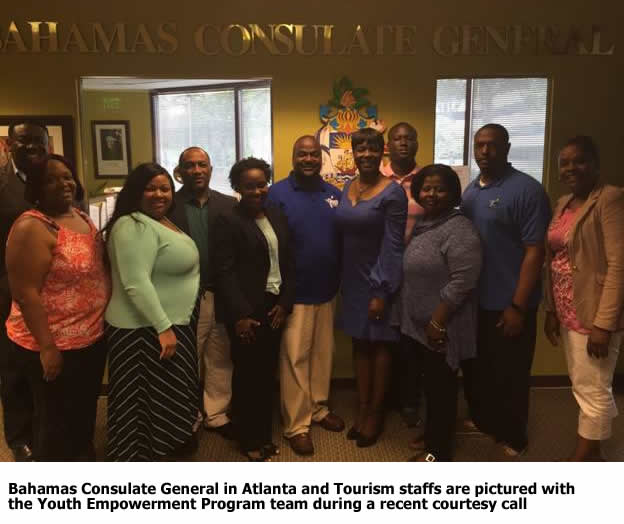 ATLANTA, Georgia – Directors and members of The Youth Empowerment Program (YEP) Bahamas paid a courtesy call on the Consulate General in Atlanta on Friday, April 10, 2015.  The group and its members were officially greeted by Deputy Consul General Monique Vanderpool and members of the Consulate staff.

Under the direction of Mr. Delano Munro, who founded the organization in September 2011, the program has assisted in the development of young Bahamians from 9th to 12th grades at various schools across New Providence and has recently expanded onto the island of Eleuthera.

The YEP Organization offers a holistic skills development approach that is enriched with nearly 100 years of Youth Work, Program Management, and Youth Work training experience, combined from its Board of Directors, Administrative and Management team and its volunteers. It is a non-profit private NGO that is licensed and privately managed, but as a requirement of the Government of The Bahamas, the YEP Organization is registered and recognized through the Ministry of Youth Sports and Culture as a Youth Organization and is also sanctioned and endorsed by the Ministry of Education, Science and Technology.

Their most recent trip brought them to the United States, stopping in Georgia, where they visited various institutions and university, in hopes of pursuing tertiary education away from The Bahamas. The Youth Empowerment Program group departed Atlanta on Saturday, April 11, 2015.