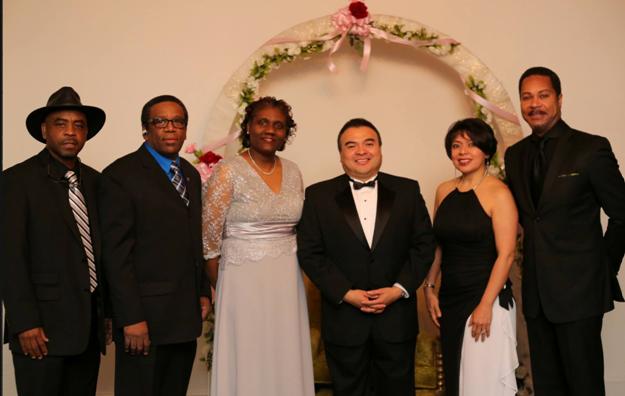 ATLANTA–The Bahamas Consul General to Atlanta, along with other members of the Consular Corps in Atlanta met with staff at the Savannah College of Art and Design (SCAD) to discuss partnership opportunities with educational institutions in The Bahamas on Thursday, May 7, 2015. Presently there are three Bahamian students attending SCAD. Consul General Rolle said one of his goals is to increase the number of Bahamians attending the institution over the next several years. SCAD was founded in 1978 by Richard G. Rowan, Paula S. Wallace, May L. Poetter and Paul E. Poetter to provide college degree programs not previously available in southeast Georgia and to create a specialized professional art college to attract students from throughout the United States and abroad. The curriculum was established with dual goals of excellent arts education and effective career preparation for students. In the photos below Consul General Rolle is pictured in SCAD’S theatre and with Ms. Amanda Hauther, Community Engagement Associate with SCAD. 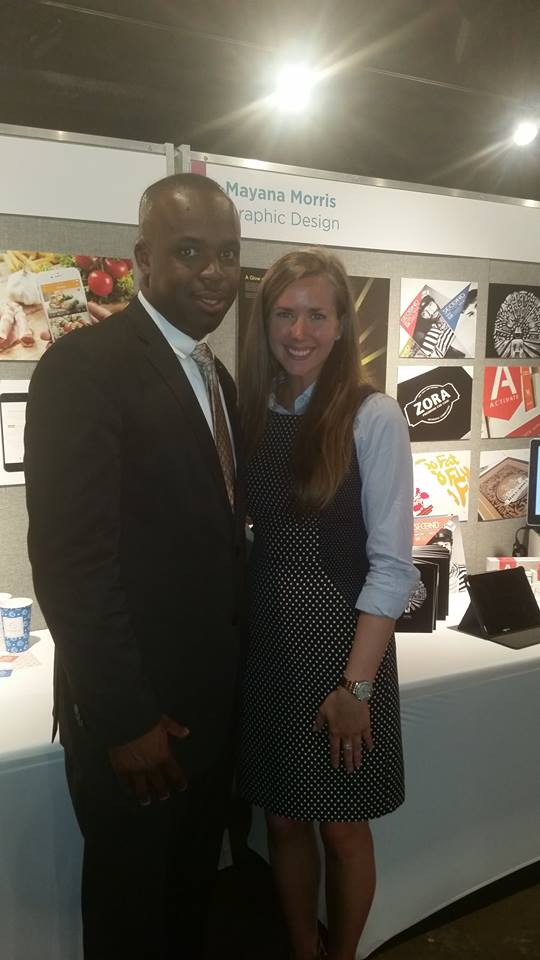 NEW YORK — Mr. Mike Hopper (left), Founder and CEO of Advance Brand Consulting, paid a Courtesy Call to the Hon. Forrester J. Carroll, Bahamas Consul General to New York, on Thursday, April 30, 2015 at Bahama House, 231 East 46th Street. With 14 years of experience predominantly at the intersection of sports and government, Mr. Hopper was responsible for organizing NYC’s winning bids for the 2013 Major League Baseball and 2015 NBA All Star Games and Super Bowl 48. Advance Brand Consulting is currently engaged with some of the world’s largest cities to assist them in achieving their long-term goals for sports tourism. 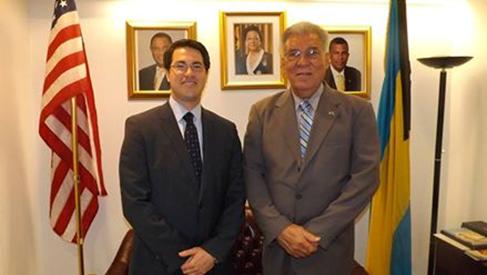 LONDON–The Rt Hon. the Baroness Scotland of Asthal QC, paid a courtesy call on High Commissioner Bethel at Bahamas House on 1 May 2015 to discuss her candidacy for the position of Secretary-General of the Commonwealth.

Patricia Scotland was born in Dominica in 1956, and arrived in Britain at the age of 2 along with 10 other siblings. As she grew she took a liking for dance and wanted to be a modern expressionist ballet dancer at 16. She later attended university and distinguished herself as a lawyer before entering the political arena in 1977, where she was called to the bar and served two terms of government for Labour firstly in the Foreign and Commonwealth Office as Foreign Office Minister working for the home department at the Lord Chancellor’s Office.

In 1991 she made legal history becoming the first black female QC (Queens Counsel) at the age of 35. She was made a bencher of the Middle Temple in 1997, becoming a judge in 1999, and raised to the Privy Council in 2001. She is also a member of the bar in Antigua and Dominica. In 1997 she was created a peer as Baroness Scotland of Asthal, in the County of Oxfordshire.

Further information on Baroness Scotland’s candidacy and vision for the Commonwealth can be viewed online at: http://www.patriciascotland.com/

The appointment of Secretary-General will be decided at the Commonwealth Heads of Government Meeting (CHOGM) in Malta from 27 to 29 November 2015. 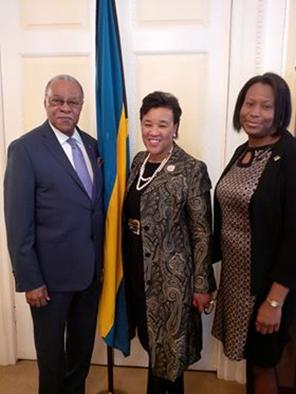 NEW YORK — The Hon. Dion Smith (right), Member of Parliament for Nassau Village and Deputy Speaker of the House of Assembly, paid a courtesy call to The Hon. Forrester J. Carroll, Bahamas Consul General to New York, on Friday, May 1, 2015 at Bahama House, 231 East 46th Street. 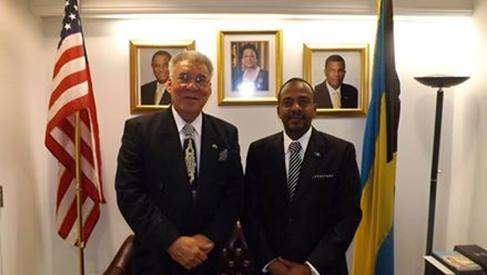 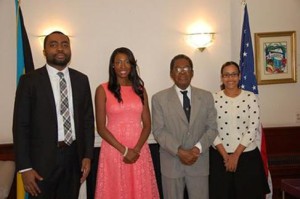 WASHINGTON, D.C. — Ms. Aisha Bowe, co-founder and CEO of STEMBoard, a technology solutions company, paid a courtesy call on His Excellency Dr. Eugene Newry, Bahamas Ambassador to the United States, on Monday, May 4, 2015, at the Embassy of The Bahamas, 2220 Massachusetts Avenue, N.W.

During the meeting, the 29-years-old Bahamian, who is an aerospace engineer, discussed her work as CEO and Founder of STEMBoard and potential areas of partnership with the Bahamian Government, in particular in the areas of national security and education.

Ms. Bowe also committed to participate in the planned Young Bahamians Conversations Series to be convened at the Embassy during summer. The Conversation Series will provide a forum for talented young Bahamians in the diaspora to present on issues relevant to their work or study and dialogue with event attendees.

Ms. Bowe’s “conversation” will be the kick off to the series on May 22 when she will discuss her vision of Bahamian development through technological infusion.

The young Bahamian co-founded STEMBoard in 2013, a company that is also committed to closing the achievement gap by empowering historically underrepresented youth build transformational technologies.
She has an impressive background as an aerospace engineer who manages STEMBoard’s multi-million defense-contracts and private sector clients. STEMBoard is composed of aerospace and defense engineers who are leading innovative and disruptive change within the defense and intelligence community.